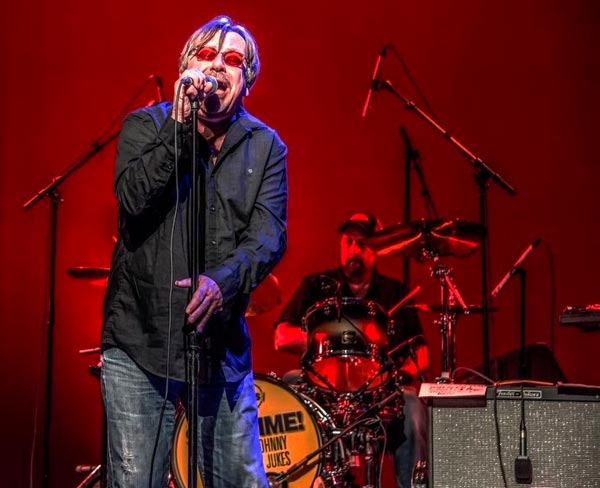 (MONTCLAIR, NJ) -- The “Godfathers of New Jersey Sound,” Southside Johnny & The Asbury Jukes, are excited to announce a performance at the Wellmont Theater in Montclair on Saturday, March 28 at 8:00pm. The Jersey Shore musical group has been recording albums since 1976 and is closely associated with the biggest New Jersey rock musicians – including Bruce Springsteen & the E Street Band and Jon Bon Jovi.

Bon Jovi introduced the group into the New Jersey Hall of Fame late last year, while Springsteen appeared on the band’s 1991 album, “Better Days.” In fact, more than one hundred musicians can claim to have been members of the Asbury Jukes.

Now, the band is set to bring its unique “shore sound” to the halls of northern New Jersey’s premier live entertainment venue, the historic Wellmont Theater.

Overall, the band has released 12 studio albums since 1976 and has featured a rotating lineup, such as Springsteen, Bon Jovi and Stevie Van Zandt. They have also recorded or performed several Springsteen songs, including "The Fever" and "Fade Away."

Upon his New Jersey Hall of Fame induction in 2019, John Lyon (aka “Southside Johnny”) joined famed rocker Bon Jovi for a duet at the Paramount Theatre in Asbury Park, N.J., a place both musicians can call their stomping ground. The two collaborated on the Jukes’ classic, “I Don’t Want to Go Home.”

The new state Hall of Fame inductee, who took his nickname as an homage to the Chicago blues sound that inspired him, has remained active in recent years, as the area’s notorious rock/blues nostalgia intensifies.

Most recent projects for Southside Johnny include the promotion of an ensemble album with The Poor Fools – recorded inside Bon Jovi’s barn-turned-studio – called “Songs from the Barn,” as well as the Asbury Jukes’ project, “Soultime,” with vintage and contemporary tones.

One “Soultime” review noted that the album “celebrates the transformative power of ’70s soul music and represents a return to, as Southside sings, ‘Just letting the music take us away.’”

The Wellmont Theater is located at 5 Seymour Street in Montclair,, New Jersey.