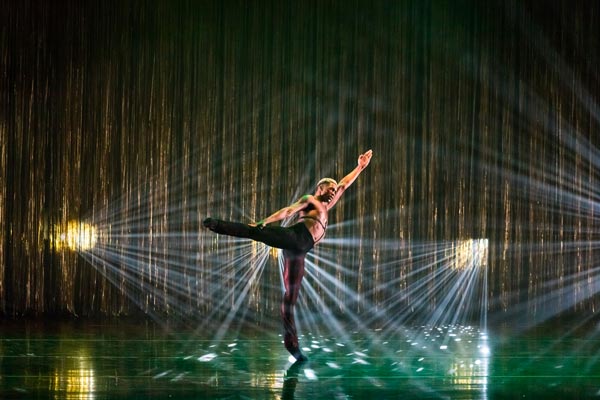 (NEW BRUNSWICK, NJ) -- State Theatre New Jersey presents Complexions Contemporary Ballet in Bach to Bowie on Tuesday, March 31 at 8:00pm. The works featured in this program include Bach 25 and StarDust. Tickets range from $19-$49.

Combining technical precision, power, and passion, Complexions Contemporary Ballet transcends tradition in a groundbreaking mix of styles ranging from ballet to hip hop. Founded by former members of Alvin Ailey, Desmond Richardson and Dwight Rhoden, the company has been featured on the hit show So You Think You Can Dance.

For this program, Complexions presents Bach to Bowie, a tribute to two fantastic artists who each founded his own musical hemisphere. The program starts with Bach 25, an exploration of love and alliances, featuring music by Johann Sebastian Bach. After intermission, audiences will enjoy StarDust, dedicated to the one and only David Bowie. StarDust is an “utterly transfixing” (Billboard) dance tribute to the life and music of Bowie, featuring his beloved hits and glam rock-inspired costumes, transformed by the award-winning company into powerful, poignant movement. StarDust features choreography by Dwight Rhoden, costumes by Christine Darch, and lighting and set design by Michael Korsch. 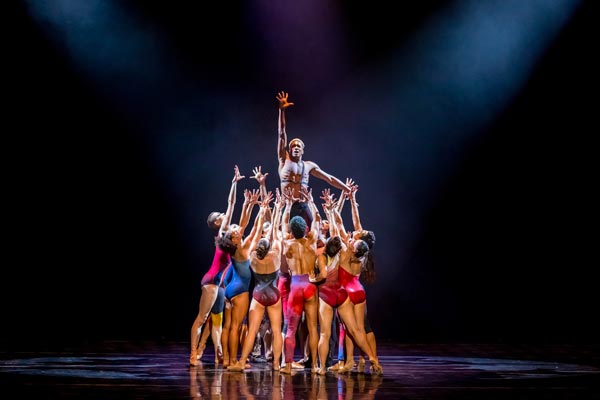 About the Founders: Dwight Rhoden (Founding Artistic Director/Resident Choreographer of Complexions Contemporary Ballet) has established a wide-ranging career, earning distinction from The New York Times as “one of the most sought out choreographers of the day.” Rhoden is a former principal dancer with Alvin Ailey American Dance Theater. For over two decades, Rhoden’s choreography has been the lynchpin in the development of the Complexions repertory.

He is a recipient of various honors and awards including the New York Foundation for the Arts Award, The Choo San Goh Award for Choreography, and The Ailey School’s Apex Award. Rhoden recently received an honorary doctorate degree from The Boston Conservatory in recognition of his extensive contributions to the field of dance.

Desmond Richardson (Co-Founding Artistic Director) is an international performer. He was the first black American principal dancer of American Ballet Theatre, is a Tony® Award nominee as part of the original Broadway cast of Fosse, and a standout in the Tony®-winning production After Midnight. Recently featured on the cover of Dance Teacher, with his technical virtuosity and statuesque expressive demeanor, he has been hailed by the New York Times as among the greatest dancers of his time.

Richardson has appeared in City Center’s Encore Series and on Broadway, including Twyla Tharp’s Movin’ Out. He made his singing debut in Burt Bacharach/Hal David’s The Look Of Love choreographed by Ann Reinking and Scott Ellis. He has received awards such as The Dance Magazine Award, Capezio Award, Ailey Apex Award, L.A. Ovation Award, Bessie Award, The YoungArts Alumni Award, a 1986 Young Arts Finalist, and Presidential Scholar of the Arts.

He has been celebrity guest performer and choreographer on TV, film, video, and stage productions such as The American Music Awards; The Oscars® Italy’s AMICI; America, Australia, and Israel’s So You Think You Can Dance; Teatro alla Scala’s Moise e Pharoné with Roberto Bolle and conductor Maestro Riccardo Muti; and a featured performer with Michael Jackson, Prince, Madonna, Elton John, and Aretha Franklin. He has also been featured in films such as the Oscar®-Award-winner Chicago, Julie Taymor’s Across The Universe, and in the new independent film Fall To Rise. He worked on Grammy®-winner Jill Scott’s new video Back Together featuring dancers from Complexions, as well as with Tom Ford and Nile Rodgers. 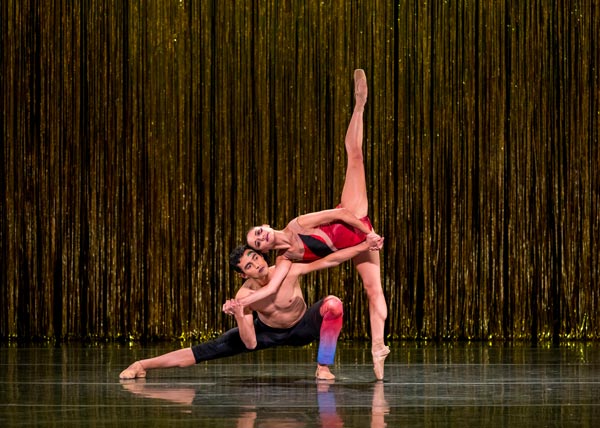