REVIEW: "5 Times In One Night" at Mile Square Theatre 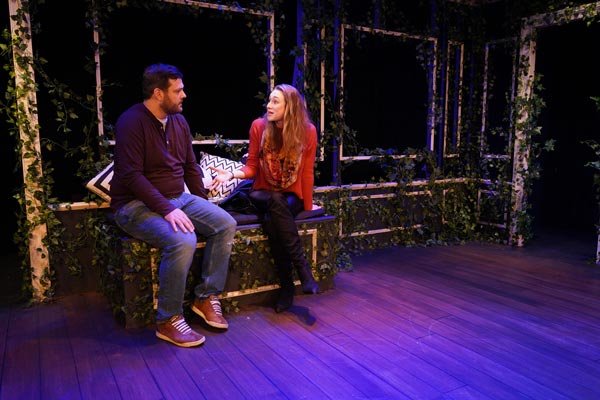 Having just endured a break up, the last thing in the world I wanted to do was review a play entitled 5 Times in One Night.  But this production is an astute, fierce, playful, and highly entertaining evening hosted by the intimate Mile Square Theatre.

Chiara Atik’s play about everyone’s favorite subject takes us into five scenarios that take place before, after, or during sex – from many centuries ago to the apocalypse, and everywhere in between.  Her script is frank, funny, and offers a stark exploration of the repercussions of relationships in various stages.

Over five different scenes, Atik explores sex and relationships within the specific circumstances of each situation. The couples, all played by Nathaniel Kent and Kelsey Roberts, reckon with much: being the first or last humans on earth. . . love forbidden by social mores. . . negotiating the line between sex and love. . . even just with how to keep a long-term relationship exciting in the bedroom. 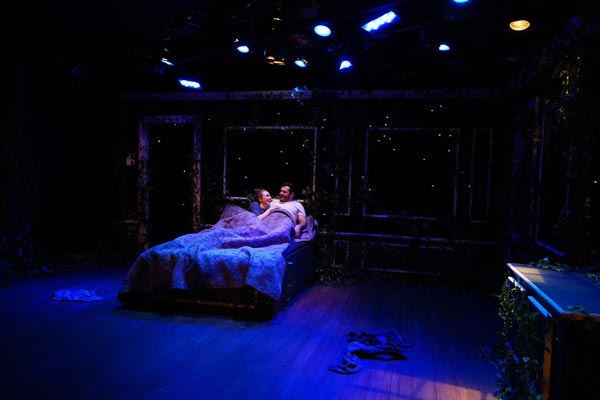 The results are equally tragic as they are hilarious, as uncomfortable as they are engrossing. Roberts and Kent are wholly committed to the script, awkward moments and all, and the magnetism and playfulness between the two is palpable. It's never difficult to imagine the two as romantically involved, no matter which characters they're playing, and this chemistry exists between them as performers, too. Between scenes, for example, the two actors walk to the back corners of the stage to change costumes. During these brief moments out of character, they make eye contact and smile at one another, a small but significant gesture that demonstrates each one's commitment to making the other look good once the lights came back up.

As “rules” of sex and relationships are created, challenged, broken, and reinvented before our eyes.

Atik doesn’t shy away from the awkward and uncomfortable, dark and light sides of life.  The language is contemporary, no matter the timeframe and Melissa Firlit’s direction is precise.  The brisk evening is forthright and entertaining.

The alchemic text, direction and performances render Atik’s inventive premises with natural, genuine-sounding dialogue and integrates her sharp sense of humor, which can be as concerned with brains as it is with bodies. Kent and Roberts, in turn, do full justice to her writing on stage, proving themselves agile, graceful, fun performers in the process.  They fuse tension with vulnerability. 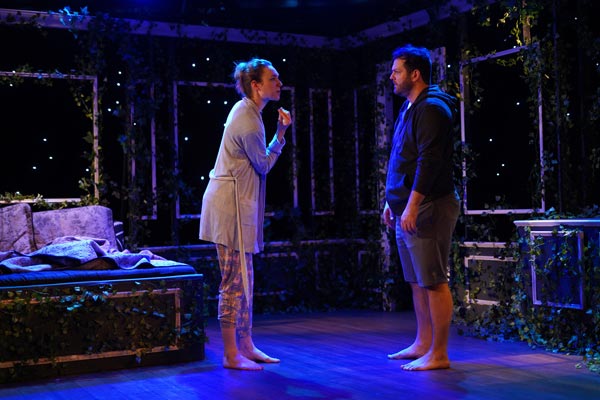 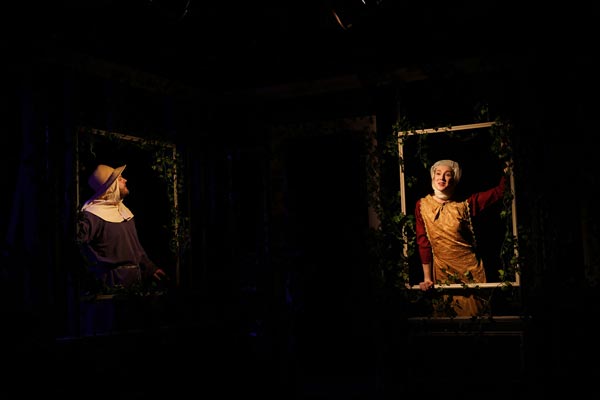