With his solo debut feature (having previously co-directed 1995’s The Blue Villa with Alain Robbe-Grillet), You Go to My Head, director Dimitri de Clercq evokes everything from the psychosexual dynamics of 1940s melodramas to the dusty desolation of Ozploitation, with dashes of Hitchcock, Nicolas Roeg and Richard Stanley thrown in for good measure. The result is a heady brew that doesn’t always work, but for long periods of its narrative, de Clercq’s film keeps you gripped, and marks the veteran producer turned newbie director as one to watch.

Like Coralie Fargeat’s Revenge, You Go to My Head is an unsettling game of gender chess that plays out against a desert backdrop. Here it’s the Sahara, where a 35-year-old Belgian woman, Dafne (Delfine Bafort) pulls herself out of the wreck of a crashed jeep, leaving a male corpse behind in the driving seat. After walking for miles, she finally succumbs to fatigue, collapsing in the sand. Later she is discovered by another European transplant, Jake (Svetozar Cvetkovic), a wealthy and reclusive 54-year-old architect (in a nod to Vertigo, to which this owes a considerable debt, his surname is Ferguson).

Jake takes Dafne to a hotel and calls for a doctor, who assumes the woman is Jake’s wife and informs him that she is suffering from amnesia, a condition that could last for days, weeks, months, years, or perhaps forever. Jake takes the idea of Dafne being his spouse to heart, and when she wakes he gaslights her into believing she is his wife, ‘Kitty’. Jake takes Kitty back to his self-designed home in the desert, where with the aid of false memories created by Jake, she begins to piece together a life she never lived, settling into a relationship she was never a part of.

It’s a cracking set up for a thriller, yet while many viewers will likely link it into contemporary #MeToo era examinations of how men manipulate women, this is by no means a new concept. Dozens of melodramatic thrillers of the 1940s dealt with similar premises, with women duped into leading lives that suited controlling men rather than themselves (I don’t think it’s a coincidence that this wave of movies emerged during wartime, when women were taking on roles traditionally denied them). The trouble with You Go to My Head is that it seems to feel it’s above the suspense potential of the material, preferring to indulge in arthouse atmospherics, which it admittedly does very well.

De Clercq sets his story in the hottest piece of land on the planet, only to deliver a movie that’s positively chilly in its withdrawn mood. Jake’s house is little more than a few walls, a swimming pool and a set of steps in the garden that lead nowhere, an unfinished Dali painting rendered in three dimensions. It’s a striking case of a film’s production design playing a key role in its storytelling, as the incomplete physical environment Dafne/Kitty finds herself in reflects the reset conscience she’s attempting to rebuild.

What’s most interesting about You Go to My Head is also its most frustrating element. You’re never quite sure whose side de Clercq wants you to take. While his treatment of Dafne is despicable, Jake is never portrayed as posing any kind of physical threat to her, and there’s a tragic sympathy to his loneliness. Conversely, Dafne seems a little sinister, and there are suggestions that if she does recover her memories, she may not like what she finds. This makes for an intriguing dynamic, one that doesn’t take the easy route of taking sides in this psychological battle of the sexes, but it sucks out much of the potential for suspense. For the bulk of the film, De Clercq never gives us a glimpse of the world outside of Jake’s residence in a way a more naturally genre oriented filmmaker might. We’re never afforded a sense that the net is closing in on Jake until very late on, and de Clercq never manages to pull off Hitchcock’s trick of duping the audience into rooting for the antagonist. As sad a figure Jake is, we’re never not on the side of Dafne, but to fully invest in her plight we need more crumbs she might follow on her path to discovering the truth. Ultimately, the most effective part of You Go to My Head is its ending, and the disturbing implications it leaves you wrestling with. 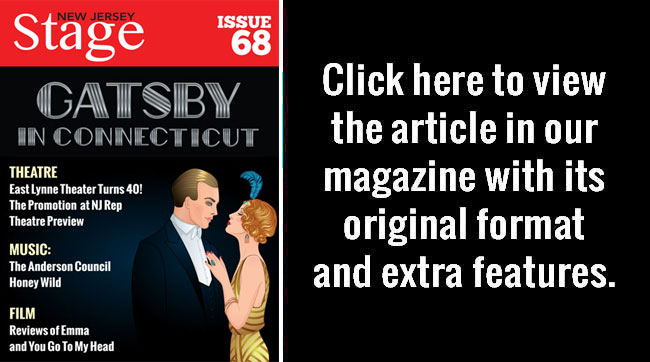