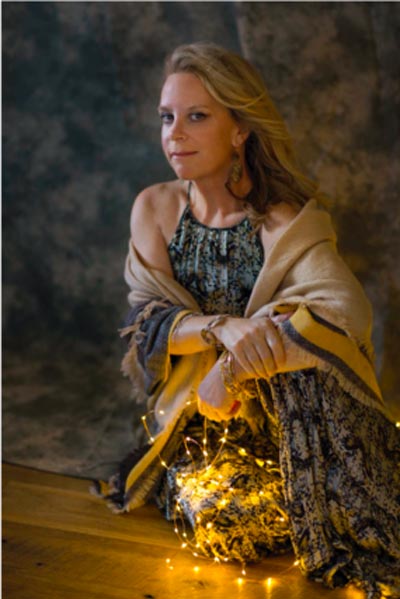 Mary Chapin Carpenter will embark on an extensive tour this summer including a series of headline performances—including a special concert at Wolf Trap on August 22—as well as an extensive run of shows with Sugarland as part of their There Goes The Neighborhood Tour 2020, which comes to the BB&T Pavilion in Camden on July 11 and the PNC Bank Arts Center in Holmdel on July 16. Additionally, in April, Carpenter will resume her intimate duo shows with longtime friend and collaborator Shawn Colvin.

The tours support Carpenter’s new full-length album, produced by Ethan Johns and recorded at the U.K.’s Real World Studios, which will be released this spring. Additional details will be announced soon.

The forthcoming project is Carpenter’s first album of new material in five years. Most recently, Carpenter released a new single, “Our Man Walter Cronkite,” which was produced by Jamie Mefford (Gregory Alan Isakov, Nathaniel Rateliff) and recorded at Colorado Sound Studios. Of the song, Carpenter shares, “Growing up, Walter Cronkite was in our house Monday through Friday, presenting the news as The Most Trusted Man In America, as he was known in his time. My parents raised us to believe that people in jobs like Cronkite's told the truth; they raised us to believe in a world that reaches out to those who need help, that does not turn away from those less fortunate, or homeless, or those forced to leave their country because of the threat of violence, poverty and persecution. The arms were there to hold them, the eyes to see them, and the hearts of the world were there to love them. Because that was the right thing. It’s a different time now. I miss my parents, and I miss Walter Cronkite.”

Prior to her summer headline shows, Carpenter will join Shawn Colvin on a series of intimate duo tour dates this spring. Longtime friends for over 30 years, Carpenter and Colvin toured together throughout the fall of 2019—to the delight of both fans and critics. Audiences were invited to share the artists’ “living room” as they played music and traded quips in a warm, comfortable setting inspired by the duo’s long-lasting camaraderie. Of a recent concert, the Charleston City Paper praises, “their abiding bond is our musical reward…[Carpenter and Colvin] not only complement each other musically, they draw one another out on stage. Cheerful co-conspirators, they shine in their own buddy movie.”

Over the course of her acclaimed career, Mary Chapin Carpenter has sold over 15 million records. With hits like “Passionate Kisses” and “He Thinks He’ll Keep Her,” she has won five Grammy Awards (with 15 nominations), two CMA awards, two Academy of Country Music awards and is one of only fifteen female members of the Nashville Songwriters Hall of Fame. Her songs speak to the most personal of life’s details and the most universal. Carpenter’s most recent release, Sometimes Just the Sky, a celebration of her acclaimed 30-year recording career, features new versions of some of the singer’s most beloved songs plus one newly penned track. Of the music, Billboard praises “…the new rendition features not only different flavors and textures created by the players but also a deeper meaning within the lyrics, which hold up 30 years later.”

MARY CHAPIN CARPENTER AND SHAWN COLVIN: TOGETHER ON STAGE