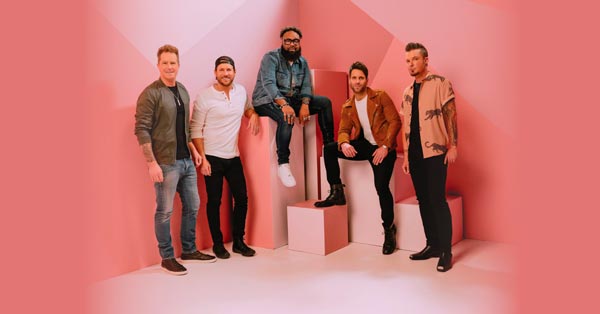 This Event has been canceled

(FREEHOLD, NJ) -- The Platinum-selling band of brothers, known as Parmalee, and Blanco Brown will perform at The Event Center @ iPlay America on Thursday, March 26.  Doors will open at 7:00pm and the event will begin at 8:00pm.

Parmalee is one of only four groups since 2001 to earn three consecutive Top 10 singles from a debut Country album.  They have earned over 373 million Pandora streams, 123 million plays on Spotify, over 31 million YouTube/VEVO views, and 1.7 million Shazam subscribers. Parmalee has supported Brad Paisley and Jake Owen on national tours while simultaneously finding the time to perform on multiple talk shows including NBC’s TODAY show, The Late Late Show, FOX & Friends All American Summer Concert Series, and many more.

Blanco Brown is known for blurring the lines between Country and Hip-Hop music creating his own southern sound that he proudly calls “TrailerTrap”. His viral hit “The Git Up” has claimed the top spot in charts globally generating three billion views across social platforms.

Parmalee and Brown recently teamed up to write their latest release, “Just The Way”.

“We are beyond excited to have one of Country music’s successful acts, Parmalee, and viral hit star Blanco Brown performing on stage in The Event Center at iPlay America, said Jessica Schwartz, Vice President of Sales and Marketing for iPlay America. iPlay America is located on Route 9 at 110 Schanck Road in Freehold, New Jersey.