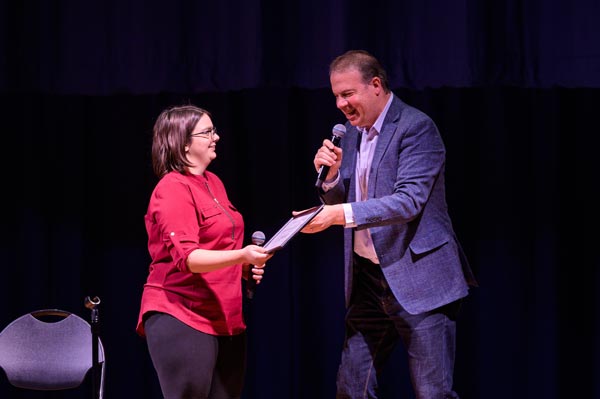 (UNION, NJ) -- Premiere Stages, the professional theatre company in residence at Kean University, has expanded the Bauer Boucher Award to offer two awards – one to a budding student playwright and one to an emerging alumni playwright. The expansion of the award is made possible as part of a major five-year sustaining gift from longtime Premiere Stages donors W. John Bauer and Nancy Boucher. In addition to a cash prize of $1000 or $2000, the 2020 winners also received a professional public reading of their play as performed by professional equity actors, followed by a Q & A with the playwright, audience, and the producing artistic director of Premiere Stages, John J. Wooten, who directed both readings.

The 2020 student winner is Emily Niemeyer who received the $1000 award for her play Appointment at Three. Based on a true story, Appointment at Three explores two families from different backgrounds, brought together by their fight against cancer. Emily describes the play as a “story about family, hardship, and the shared humanity that helps us persevere.” The play received a professional reading by Premiere Stages at Kean University on January 21st that was attended by a large number of Emily’s fellow students and patrons of Premiere Stages.   The cast included: Dana Benningfield, Yeauxlanda Kay, Nayale Quimis, and Gareth Tidball.

Ms. Niemeyer is a Kean University student pursuing a dual degree in Theatre and Music. She has both acted and worked behind the scenes in theatre companies such as The Theatre Project, Dragonfly Multicultural Arts Center, Country Gate Playhouse, and Oldwick Community Players, as well as with the Kean University Theatre Conservatory. Appointment at Three started as a project for playwriting class, and was inspired by Emily’s own experiences with her Mother’s lost battle with Ovarian Cancer. 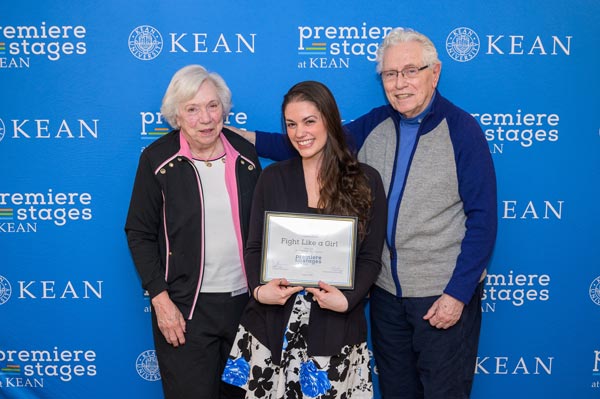 Emily Conklin, the winner of the $2000 alumni award, received a professional reading of her play Fight Like a Girl by Premiere Stages on January 23rd at Lantern Hill in New Providence, New Jersey. Based on the life of Julie d’Aubigny, the play explores the adventures of the 17th century female sword fighter as she struggles with love, loss, and finding her place in the  world. Fight Like a Girl asks: how do we make our lives worth remembering? The role of Julie was played by Equity actress Sarah Cuneo, who was supported by a professional cast that included Tony Mowatt, Landon Woodson, Lauriel Friedman, Mason Hensley, and Rene Mayo.  The morning after the reading, Emily stated “it was so incredible hearing my play read by such talented actors and to a packed room! I have so many ideas after last night of what I want to do with the next draft of this play and have already starting making edits!”

Other plays Emily Conklin has written include Onyx Falling, which received the Bauer-Boucher Award in 2016, and Flash, Float, Fall, which premiered at the New Jersey Fringe Festival and had performances at Kean University, and Walking on Glass, which premiered at Reading Theatre Project’s Fairy Tale Fringe Festival. Emily graduated from Kean University with a BFA in Theatre Performance and spent time studying at the Moscow Art Theatre.

“We are so pleased to be able to expand the project to offer two awards in 2020,” stated Mr. Wooten. “John and Nancy’s incredible generosity affords Kean affiliated dramatists enhanced visibility, dramaturgical feedback, access to professional artists, and financial recognition of their plays. It is extremely rewarding to see the work of these talented writers come to life as they develop their voices and establish themselves as playwrights.”

Premiere Stages offers affordable prices, air-conditioned facilities and free parking close to the theatre. Premiere Stages also provides free or discounted tickets to patrons with disabilities. All Premiere Stages facilities are fully accessible spaces, and companion seating is available for patrons with disabilities. Assistive listening devices and large print programs are available at all times; publications in alternate formats are available with advance notice. Sign-interpreted, audio-described and open-captioned performances are available upon request; please call 908-737-4077 at least two weeks prior to your desired performance. 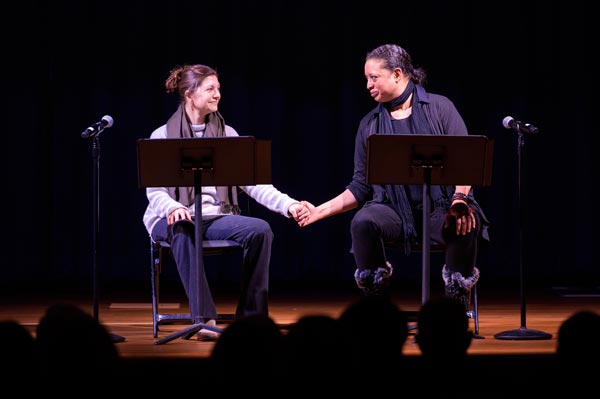 Founded in 1855, Kean University has become one of the largest metropolitan institutions of higher education in the region, with a richly diverse student, faculty and staff population. Kean continues to play a key role in the training of teachers and is a hub of educational, technological and cultural enrichment serving nearly 15,000 students. The University’s five undergraduate colleges offer more than 50 undergraduate degrees over a full range of academic subjects. The Nathan Weiss Graduate College offers six doctoral degree programs and more than 60 options for graduate study leading to master’s degrees, professional diplomas or certifications. With campuses in Union and Toms River, New Jersey, and Wenzhou, China, Kean University furthers its mission by providing an affordable and accessible world-class education. 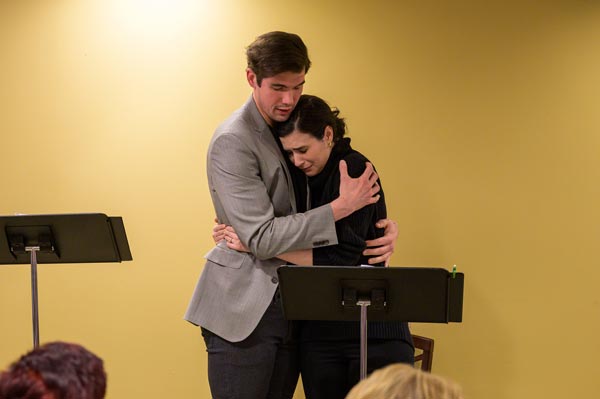