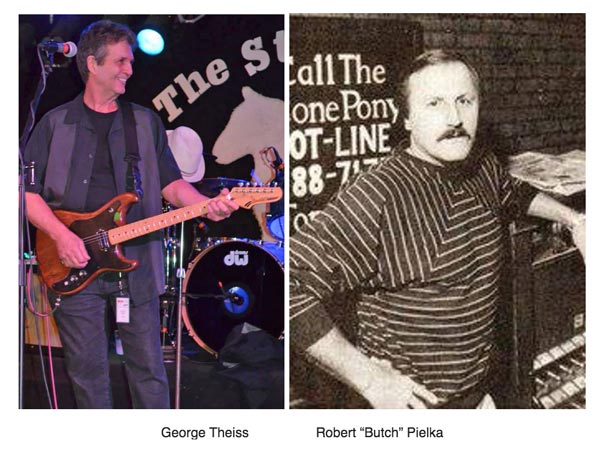 The lives of the newest Asbury Angels will be remembered and celebrated at the annual Asbury Angels Induction show: The Weeklings Album Release with John Eddie, Hollis Brown, the James Maddock Band and more special guests, Friday, Jan. 17 at the Legendary Stone Pony, 913 Ocean Ave., in Asbury Park, the final weekend of LIGHT OF DAY WINTERFEST 2020: THE 20th ANNIVERSARY, with a 20th anniversary goal of pushing its two-decade total past $6 million in its ongoing battle against Parkinson’s disease.

Also performing will be The Anderson Council and Bobby Mahoney & The Seventh Son with acoustic side stage sets by Hans Ludviggson, Miss Emily, Gary Tripps, and Peter Hogklint. Doors open 7 p.m. Tickets $25-$30 at www.stoneponyonline.com, Ticketmaster, and at (732) 502-0600.

The new inductees were selected by a blue-ribbon panel of music industry professionals and historians. Criteria used included significant contribution to the creative music community and impact on that community; and the length of time spent on the Asbury Park music scene. Those eligible for induction this year and in future years include musicians, songwriters, disc jockeys, writers, technical support staff and club and venue owners. They must have been deceased at least one year.

The inductees will be recognized in the upcoming year with plaques on the city’s “Boardwalk of Fame” by the Asbury Angels Project, which seeks to memorialize those who have made important contributions to the city’s musical legacy. There are currently more than 50 plaques along the Boardwalk. This will be the eighth Asbury Angels class.

With his business partner, Jack Roig, Pielka opened the doors of the Pony, formerly the Magic Touch, in February of 1974, giving birth to a world-renowned mecca for fans of the Sound of Asbury Park.In his obituary, E Street Band drummer Max Weinberg told the Asbury Park Press: “Butch was a wonderful, wonderful person, he and his partner created that whole scene and they were instrumental in resurrecting what had been a very vibrant show band atmosphere in Asbury Park from the ‘50s and ‘60s. It certainly helped that he had a great house band with Southside Johnny and the Asbury Jukes and Bruce (Springsteen) would show up all the time. It became known as the house that Bruce built and it was really fun. It was like Cheers — Butch and Jack created that vibe.”

Theiss, the man who co-wrote the first songs Bruce Springsteen ever recorded ( “That's What You Get” and “Baby I”), was a veteran of several  Asbury Park bands in the '70s and '80s, including Rusty Chain, Doo-Dah, the Cahoots and the George Theiss Band, but his time with Springsteen as lead singer of their Freehold teenage band the Castiles in the '60s secured his legacy. “George was the best vocalist we had,” wrote Springsteen in his Born to Run autobiography. ‘“He had a real voice and charisma and did the job well. I was considered toxic in front of a microphone, my voice the butt of many of [manager Tex Vinyard’s] jokes, and years later, after selling millions of records, I would visit Tex and he would take grand pleasure in sneering at me, ‘You still can’t sing. George is the singer.’ ”

Henry Lopez, and his wife, Minnie, opened Cuba’s Nightclub (aka Cuba’s Spanish Tavern & Nightclub) on Springwood Avenue in 1934, a few doors down from their candy/newspaper store, also called Cuba’s. Performers include Billie Holiday, Ike and Tina Turner, Little Richard, and the Four Tops. Known for its Broadway-type shows with showgirls and comedians as well, Cuba’s was a glamorous nightspot that provided the same level of African American performers, especially, that one might otherwise need to travel to New York to see. 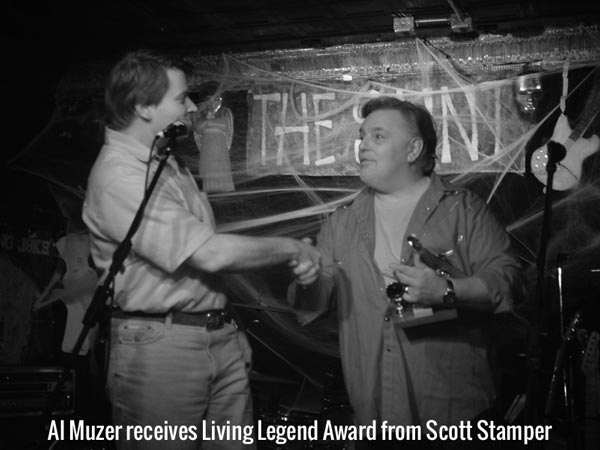 Before pursuing his passion as a music journalist, Al Muzer was a publicist, photojournalist, and manager of The Fast Lane in Asbury Park. He wrote a weekly column of music reviews called “Mr. Musichead” for The Ocean County Review in Seaside Heights. The column was later published in the now defunct Music Paper and his concert reviews regularly appeared in Musicians’ Exchange, The Aquarian Weekly and East Coast Rocker. He received several Asbury Music Awards, recognizing him as Top Journalist in Support of Live Music. He also won the Living Legend Award.

The Asbury Park foursome The Weeklings is a highly impressive rock ‘n’ roll ensemble that is at once classic and at the same time thoroughly up to the moment.  The Weeklings are releasing their new studio album, 3 on January 17 – the same day as their Light of Day celebration at the Stone Pony ― on Marty Scott’s legendary indie label, JEM Records.  Check out the video for the opening track, “I Want You Again”, with its indelible melodies, striking harmonies and 60’s era jangling guitars.

Complete ticket and additional information for all LIGHT OF DAY WINTERFEST 2017 events at www.lightofday.org and on Facebook.

Here is the updated schedule with the latest show information for LIGHT OF DAY WINTERFEST 2020: THE 20TH ANNIVERSARY is below. Shows will be held in Asbury Park, NJ, unless otherwise noted.

REMEMBER JONES PERFORMS THE WHO’S “TOMMY”- Remember Jones and a cast of very special guests perform a concert version of the 24 songs on the double album done in the uniquely theatrical Remember Jones style. 6:30 p.m., $40.

LOD 20 AT THE LANES: BEST OF THE EAGLES – with special guests Miss Emily, The Bob Polding Band, plus special “After-Set” - Asbury Lanes, Doors Noon; Show 12:30 pm., $20 advance/$25 day of show. Bowling lanes will be open throughout the show!