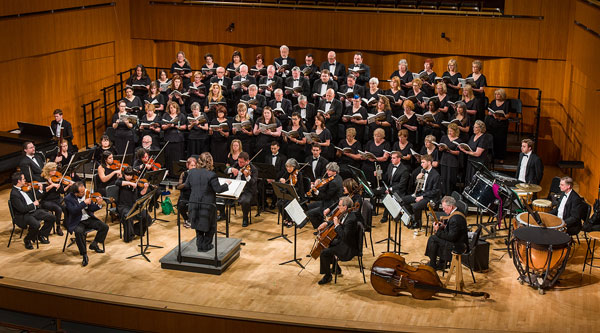 (MORRISTOWN, NJ) -- The Morris Choral Society presents its 16 th Annual Holiday Spectacular Concert “Baroque Jewels and Songs of the Season” in two performances Saturday, December 14 at 8:00pm and Sunday, December 15 at 3:00pm at the historic United Methodist Church on the Green in Morristown.

The infrequently performed “Messe de Minuït pour Noël” Messe de Minuït pour Noël, H 9, is a true musical gem. Charpentier was particularly drawn to writing Christmas music, producing instrumental carols and Latin oratorios on Christmas themes. Composed in 1694, the delightful work is perhaps Marc-Antoine Charpentier’s best-known work after the Te Deum, H 146. The special appeal of this holiday masterpiece lies in its use of no fewer than ten traditional French carols while impressively revealing Charpentier’s mastery of the concertante style.

Selections from George Frideric Handel’s Messiah conclude the first segment of the concert. Considered by many to be the quintessential herald of the holiday season, Handel’s inspired musical fireworks encompass some of the most glorious choral writing ever created. Among the selections performed will be “For Unto us a Child is Born” and the “Hallelujah Chorus.”

Jason Tramm, the Morris Choral Society Music Director, explained the concert’s theme. “In the first half of our program, we explore important works by two of the Baroque period’s mast composers, Marc-Antoine Charpentier and George Frederic Handel. In the selections from Handel’s Messiah, we see the high Baroque style in full display. These grand choruses, which have delighted audiences since the work’s premiere in 1742, are some of the most famous classical pieces of all time.”

Following intermission, the concert will feature the popular ensemble Express Male, an independent vocal ensemble and a regular fixture at MCS concerts. Members include singers Wayne Walters of Morris Plains, Rob Walters of Long Valley, Chip Wood of Basking Ridge, Al Perkins of Secaucus, and Bud Leppard of Morristown with collaborative pianist Ken Rapp from Convent Station. Holiday songs to be performed will include “Sing We Now of Christmas,” “See Amid the Winter’s Snows” and “Various Themes on Fa-La-La.”

The MCS Holiday Spectacular Concert concludes with a suite of not to be missed carols and songs including “The Beautiful Song;” “O Magnum;” “Tomorrow Shall be my Dancing Day;” “Eight Days of Light;” “Jingle All the Way” and Behold that Star.” 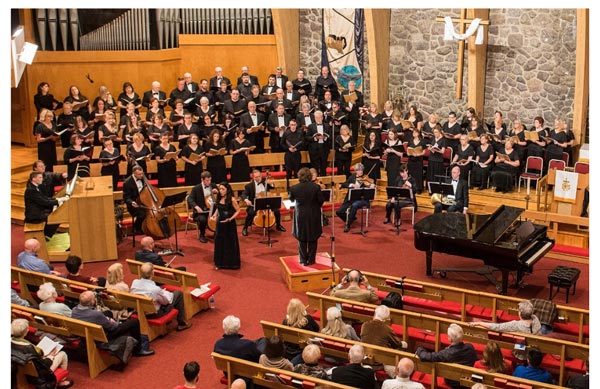 Morris Choral Society is funded in part by the Arts Council of the Morris Area through the New Jersey State Council on the Arts/Department of State, a Partner Agency of the National Endowment for the Arts.

The Morris Choral Society (MCS), now celebrating its 45th year is one of Northern New Jersey's oldest and most active and beloved not-for-profit arts organizations dedicated to enhancing community life by performing and presenting the highest quality classical choral repertoire from the last three centuries.

Since its founding in 1973, MCS has dedicated itself to the residents of Morris County and has played a significant role in Northern New Jersey's artistic community, nominated by its peers for the 2018 New Jersey People's Choice Award, Choral Group Division.

Traditionally each performance season includes two major concerts as well as several concert appearances at many of Morristown's annual celebrations: Independence Day, the 911 Observance, the Holiday Festival on the Green and First Night.