After a shipwreck leaves fraternal twins Viola and Sebastian separated on the shores of Illyria, each thinking the other lost, Viola disguises herself as a man and joins the court of the Duke Orsino. Orsino, loves the fair Olivia. Olivia loves the handsome Cesario. Cesario, however, is actually Viola—in disguise, and in love with Orsino. This tempestuous love triangle is further complicated by a motley crew that includes Olivia’s drunken uncle, pompous steward, scheming servant, and witty fool. The result is a sublime comedy and one of Shakespeare’s most celebrated plays.

“Twelfth Night is, perhaps, Shakespeare’s most perfect comedy,” says director Sara Holdren. “It is also, paradoxically and gorgeously, his farewell to the purely comic genre—poignant and tinged with music, melancholy, mortality amidst the silliness and joy. Separated twins, mistaken identities, and questions of identity, loneliness, and love propel this gender-bending tale, which asks if it is ever possible truly to know the soul of the loved one, or truly to reveal our own.”

Holdren previously directed Two River’s A Little Shakespeare productions of Macbeth and The Comedy of Errors. She is the Artistic Director of Shakespeare Academy @ Stratford and Artistic Director/co-founder of the theater company Tiltyard. From 2017-2019 she served as the theater critic for New York Magazine and Vulture.com. Her recent credits include The Merchant of Venice at Cleveland Play House with the MFA actors of the Case Western MFA program. 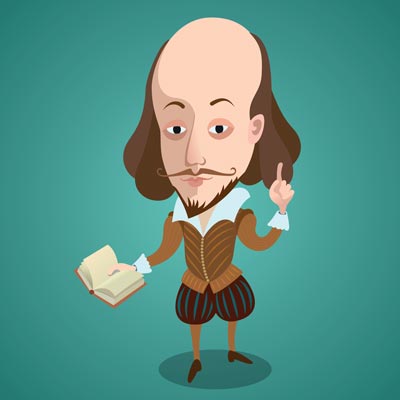 In conjunction with Holdren’s mainstage production, Two River will produce A Little Shakespeare: Twelfth Night, creating the opportunity for audiences of all ages to experience Shakespeare’s language.

A Little Shakespeare is a series of professionally produced, abridged versions of Shakespeare’s plays that are directed and designed by theater professionals, and performed and supported backstage by high school students. From January 31-February 9, Two River will produce A Little Shakespeare: Twelfth Night, adapted and directed by Em Weinstein in the theater’s black box Marion Huber Theater, with a cast of 14 high school students. There will be four student matinees and eight public performances.

Weinstein is a writer and a director of new plays, films, musicals, and interactive installations. At Yale School of Drama, where they received their M.F.A. in directing in May 2019, Weinstein’s credits include the first workshop production of Slave Play by Jeremy O. Harris and an all-female, pop-infused Romeo & Juliet set in a Catholic high school. As an educator, they ran the Guerrilla Filmmaking Program for Teens and directed the teen ensemble’s touring production of A Midsummer Night’s Dream for the 52nd Street Project. They were also a Fall Festival Director for Shakespeare & Company and directed in its Shakespeare in the Courts program for adjudicated youth.

Since A Little Shakespeare launched in 2013, more than 130 students have participated in six productions, which have reached more than 5,000 audience members as young as nine years old. When students attend a “Little Shakes” student matinee performance, it is often their first time seeing one of Shakespeare’s plays. Schools are offered a one-hour in-school pre-show workshop conducted by Two River teaching artists who are highly experienced in both artistic and educational settings. Additionally, after each student matinee, students are invited to participate in a Q&A session with members of the cast and crew to discuss their experiences learning about Shakespeare and the production process.

Inside Two River is a series of arts and humanities events that are curated for each of the theater’s productions. Multiple events take place each month and most are free. To RSVP for any event at Two River Theater, visit tworivertheater.org or call 732.345.1400.

Shakespeare 101: Twelfth Night with John Dias, December 12 at 7pm in the Victoria J. Mastrobuono Library. Shakespeare’s work reveals fresh insights into the human condition with every encounter. In this free talk, Artistic Director Dias will offer insight into the play that many consider the Bard’s most perfect comedy. The lecture will take place in the Victoria J. Mastrobuono Library; coffee, tea and light refreshments will be provided.

Shakespeare Play-Reading Group with John Dias, December 17, 18 and 19 at 7pm in the Victoria J. Mastrobuono Library. Led by Artistic Director John Dias, participants in Two River’s third annual Shakespeare play-reading group will read the full text of Twelfth Night out loud, and discuss its language and meaning over the course of three successive nights at 7pm: Tuesday, December 17, Wednesday, December 18 and Thursday, December 19. No experience is necessary and copies of the play will be provided at each reading. The play-reading group will meet in the Victoria J. Mastrobuono Library; coffee, tea and light refreshments will be provided.

Book Club: Orlando by Virginia Woolf, January 6 at 6:30 pm in the Victoria J. Mastrobuono Library. Virginia Woolf’s Orlando: A Biography follows Orlando, a poet whose gender mysteriously changes from man to woman at the age of 30. After that, Orlando goes on to live for 300 more years of adventures. From Queen Elizabeth I’s reign to 1928, Woolf crafts an irreverent trip through English literary history. In connection with Twelfth Night, the Two River Book Club will discuss gender, class, English literature, and battles of wit.

Shakespeare Scene Study with Michael Cumpsty - Monday, Jan 27 | 6–8pm | $40 — Open to adults and high school juniors/seniors. Michael has spent much of his career in the theater working on Shakespeare’s plays as an actor, teacher, and director. An Obie Award winner for his performance as Hamlet at Classic Stage Company, he received raves for his Malvolio at the Delacorte Theatre in Central Park. Insightful, patient, and immensely gifted in taking young people and lifelong learners through the creative process, Michael has a remarkable facility with language that he will share with participants as he leads them through scenes from Twelfth Night.

New this year, Two River is offering creative childcare during select performances, called Play Dates, for each show in the season. Parents or guardians can enjoy a matinee at the theater, while children ages 6-11 play theater games, make crafts and explore themes inspired by the production with Two River teaching artists. The cost is $10 per child and the price of the show tickets. The Play Date for Twelfth Night is Saturday, January 18 at 3pm.

An audio-described performance is scheduled for Wednesday, January 29 at 1pm. The performance on Saturday, February 1 at 3pm will be open captioned. Tickets are available at a discounted rate of $25 for patrons using these services. To reserve wheelchair-accessible seating or tickets to a performance listed above, patrons should call 732.345.1400 or e-mail boxoffice@trtc.org.

Audiences will learn about Shakespeare and Twelfth Night in Two River’s Before Play lecture series, which takes place 45 minutes prior to every performance, and Lobby Display.

Working with Google, Two River has created a virtual tour of its facility, which lives on Google Maps and tworivertheater.org. This virtual tour provides an additional level of support and benefit for patrons who use wheelchairs or require other assistance by allowing them to virtually come through the theater’s front doors and view the space in detail in advance of their visit.