I call it the “there goes my car” syndrome.

About 10 years ago, I bought a brand-new Subaru station wagon. And since I could get exactly what I wanted, I chose a new-that-model-year blue car. Not only was it a beauty, it was unique. Before I got that car, I had never seen a Subaru that color.

Then suddenly it seemed like I was seeing cars that color EVERYWHERE I went.

I’ve been having a somewhat similar experience with the Lizzie Rose Music Room in Tuckerton. Though the venue just marked its fifth anniversary, I didn’t hear about it until I saw that a favorite of mine, Eric Andersen, was playing there. Andersen’s appearance seemed surprising, not just because he was one of a group of passionate young artists hanging together in New York in the 1960s and writing poetry and songs for the ages, but because he lives for months each year in the Netherlands and tours infrequently in the United States.

So, here he was playing a show in Tuckerton. Tuckerton—population 3,400—New Jersey. That got my attention. After that, when I was checking concert listings or I’d hear about an artist I like playing in the area, the show was often at the Lizzie Rose.

It was kind of like “there’s that music venue again.”

Clearly, the time had come for me to learn more about the place, so I got in touch with Music Coordinator Lou Reichert. Reichert, who also runs Village Bicycles next door, said the idea to open the Lizzie Rose was not the result of extensive long-range planning. 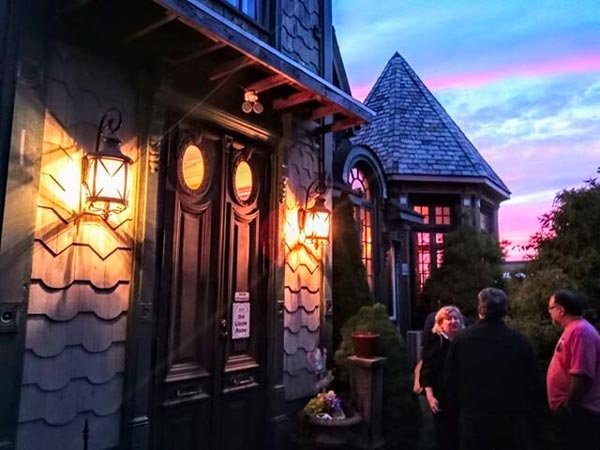 “Basically, it was started with a ‘let’s see if live music can work in our area’ idea,” Reichert said.

After the building adjacent to the bike shop had been vacant for half a year, the decision was made to lease it and open the music room. “We just had a gut feeling.”

The Lizzie Rose Music Room is a nonprofit organization run by a board and staffed entirely by volunteers. And unlike in the building’s previous incarnations, The Lizzie Rose is not a restaurant or a bar. “It’s a listening room,” Reichert said.

Although no food or drinks are served in the performing space, Reichert told me there’s “an eclectic juice bar open during the break.”

Aside from its location, what sets Lizzie Rose Music Room apart is the venue itself.

“It is very quaint and intimate,” said Reichert. The stage is a mere five inches off the floor and none of the approximately 60 seats is more than 35 feet away.

“The acoustics are amazing. The performers love it.”

Ah, yes, let’s talk about the performers. One might think that the Lizzie Rose’s compact space or out-of-the-way location would be a limiting factor when booking acts. But a quick look at the listing of past performers dispels that theory.

Artists come to the Lizzie Rose via many routes, Reichert told me. Some are local bands looking for work after the summer season is over. Others are national acts who are touring up and down the East Coast and available for an open night. And many are repeat visitors that simply love the room.

(Click here to see artists talking about the Lizzie Rose in their own words.)

But, as the website says and Reichert confirmed, Lizzie Rose presents an extensive variety of artists and musical styles – jazz, bluegrass, country, soul, zydeco, folk, rock, singer-songwriters, and much more.

It is into this “much more” category that the band performing on Saturday, November 23 fits like a glove. Join me in welcoming The Slambovian Circus of Dreams.

I’d heard about this band over the years and, truly, once that name is in your head, you aren’t likely to forget it. But aside from a few wispy ideas based on the name and a few photos, I didn’t know a lot about the Slambovians.

My information quest began with a visit to the band’s engaging website and, as happens when one wanders freely across the interwebs, before long I had veered off to a page featuring a Slambovians performing a song with the word “Mummers” in the title.

This may seem like an inconsequential discovery but for a South Jersey girl like me who spent every weekday afternoon glued to the TV, fantasizing about being one of those perky kids on Dick Clark’s “American Bandstand” and every New Year’s Day watching the Mummers Parade from start to past-dark finish, any whiff of a Philadelphia connection is intoxicating.

Further investigation revealed that the Slambovians’ guitarist and lead vocalist Joziah Longo is a South Philadelphia native and that the city’s strong string band legacy – along with traditional folk, country (ala his father’s beloved Hank Williams) and vaudeville – were integral components of Longo’s musical roots.

At 16, Longo left home and ended up in New York, where he “met everyone,” played at venues from CBGB’s to Carnegie Hall, and was, in the early 1990s, the first American songwriter to be invited to perform in mainland China, which he described as a “profoundly tear-jerking experience.” Lizzie Rose Music Room 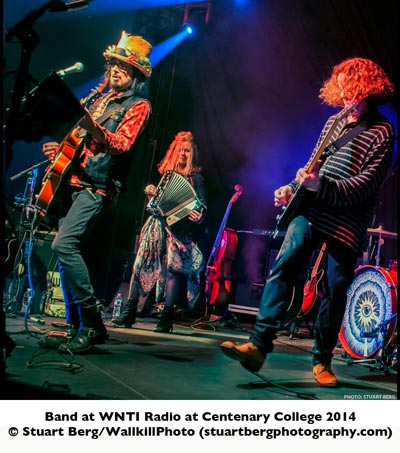 For several years. Longo traveled extensively, ala Forrest Gump (his reference), absorbing what he was learning from literal and figurative journeys. In the late 90s, the band that would be Gandalf Murphy and The Slambovian Circus of Dreams took shape.

“We’re going on 20 years with the band as our day job,” said Longo.

With such a blend of colorful and rich backgrounds by Longo and his bandmates – wife and multi-instrumentalist Tink Lloyd; longtime musical partner Sharkey McEwen; drummer/percussionist Felipe Torres*; and bassist/founding member Bob Torsello – it’s no wonder that music writers and fans alike struggle to peg the Slambovian’s sound, citing everyone from Leonard Cohen to Pink Floyd as influences.

“It’s Psychedelic Americana, kind of like Dylan meets The Beatles,” Longo explains. “The music is fundamental and very word-driven, but there is a psychedelic aspect.”

Okay, I get that. But I told Longo that I had a couple of very important questions. One thing I was wondering about is the origin of the name.

“Oh, you know how everyone in Philadelphia has nicknames?” he asked. “Well, that’s what it is. We just made it up.”

The other thing I wanted to know is why such a high-energy band was playing at the Lizzie Rose Music Room.

“It’s like coming home,” Longo said. “My aunt had a house on a lagoon in Manahawkin where the whole family stayed in the summer. For me, the shore was like a dream world. It was where I would go to reinvent myself.

*The drummer for this week’s show is Matthew Abourezk, former drummer for the band Thin White Rope. Felipe Torres plays all other shows.

NOTE: Since the Lizzie Rose is a small venue, the Slambovian’s Saturday night show will likely be a sell-out. Click here to see where else the band will be playing in the next few weeks. And follow this link to listen to the band’s new single, “I Know Where the Beez Have Gone,” on Spotify.