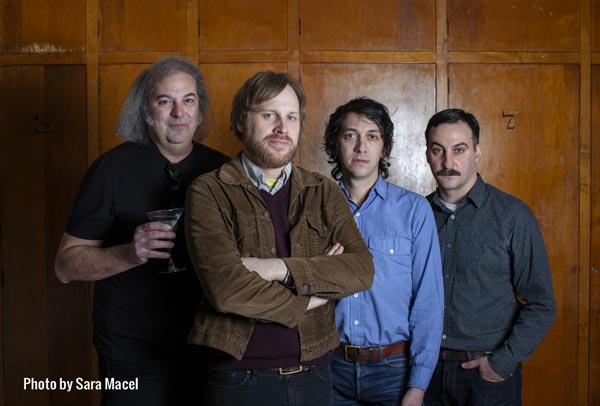 Discussing the video, Amels stated, "Like a narcotic dream, in a Panamanian copy of Germany’s Beat Club we find the band.  The name, Club de Carne, is a is misinterpretation of the Beat Club name as Meat Club. A time machine, black and white, analog video is a 1968 visual fantasy."

The Word, recorded at Daptone Studios, Dunham Sounds and Diamond Mine Studios with engineers/producers Wayne Gordon (Sharon Jones/Charles Bradley/King Gizzard & The Lizard Wizard/Bad Bad Not Good) and Tommy Brenneck (Mark Ronson/Lee Fields/Bebel Gilberto), showcases how this rhythmic tour-de-force blends their love for ‘60s rock and soul with a deftness born from decades of obsessive record collecting and delivered by countless hours of writing and performing.

While these four finally quaffed gentlemen have roots that stretch from New Jersey through the Holland Tunnel into Manhattan and out the Midtown down the LIE to Long Island, their meeting was by no means an accident. Guitarist/Vocalist Mike Catanese and drummer Mikey Post have been writing and playing music together since they were in high school.  They would later move to Brooklyn and meet bassist/vocalist Benny Trokan, with Mikey joining Benny in the group Robbers on High Street.  All three would play in various groups the following decade before deciding to create a new band together.  But they knew they needed that extra something… a man of speed, a man of action, a man that denies these times.  They found that man, Amels, simply walking down Brooklyn’s Lorimer Street, taking in the views.  After exchanging the obligatory what-fors and the who-are-yous, the four began writing and rehearsing together.

The Jay Vons have travelled all through the United States and internationally, making a name for themselves opening tours for such legends as Sharon Jones & The Dap-Kings, Charles Bradley & The Extraorindaires, Lee Fields & The Expressions.