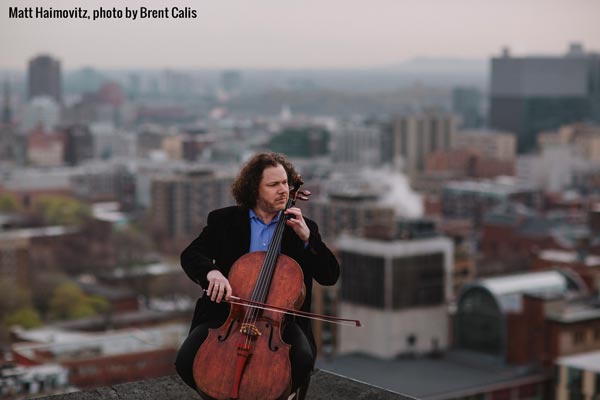 Renowned as a musical pioneer, Haimovitz is praised by The New York Times as a “ferociously talented cellist who brings his megawatt sound and uncommon expressive gifts to a vast variety of styles” and by The New Yorker as “remarkable virtuoso” who “never turns in a predictable performance.” He has inspired classical music lovers and countless new listeners by bringing his artistry to concert halls and clubs, outdoor festivals and intimate coffee houses—any place where passionate music can be heard. He brings a fresh ear to familiar repertoire, champions new music, and initiates groundbreaking collaborations, as well as creating innovative recording projects.

Haimovitz’ recording career encompasses more than 20 years of award-winning work. Three recent Oxingale albums have been nominated for Juno Awards and a fourth, BEETHOVEN, Period, was an Editor’s Choice and one of the top-10 Beethoven albums of recent times, at Gramophone Magazine. Meeting of the Spirits was nominated for a Grammy® for Best Classical Crossover Album and won a Grammy® for Best Producer of the Year (Classical). 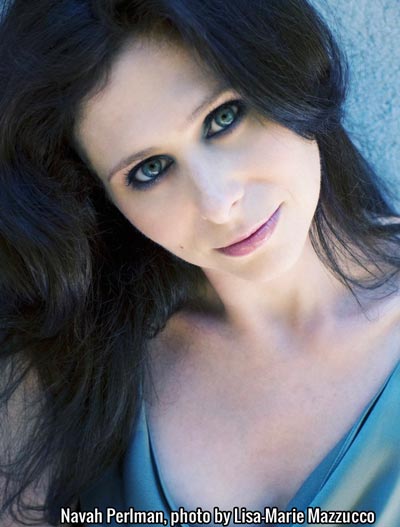 Pianist Navah Perlman—who has been collaborating with Matt Haimovitz since 1981, when they were both in elementary school—began concertizing at a young age, making her public performance debut as a soloist with the Independent School Orchestra in New York City when she was 11 years old. Perlman’s teachers included Ronit Amir Lowenthal, and at the Juilliard Precollege Division, Herbert Stessin. She also studied chamber music with Felix Galimir, Robert Mann, and Dorothy DeLay.

Over the span of her career she has played with many major orchestras including the Montreal Symphony, Pittsburgh Symphony, Israel Philharmonic Orchestra, Chicago Symphony, Philadelphia Orchestra, and others. In addition to her orchestral performances, Perlman has played numerous solo recitals and an abundance of chamber music. Her festival appearances include the Aspen Music Festival, the Santa Fe Chamber Music Festival, Ravinia Festival, and the Barns at Wolf Trap. For many years, Perlman was in a piano trio with cellist Zuill Bailey and violinist Kurt Nikkanen, whose position was later held by violinist Giora Schmidt. She has collaborated in pedagogy workshops for teachers and has participated in several chamber music residency programs including those at Stanford University, Iowa University, and the University of Kansas.

In 2014, Perlman was appointed as the Artistic Director of Lake Placid Pro Musica, a chamber music series affiliate of the Lake Placid Sinfonietta which brings chamber music to the Adirondacks during the summer season. She is also a proud member of the Board of Concerts in Motion, a not-for-profit organization in New York City that brings uplifting, live music to more than 30,000 homebound and isolated individuals served by over 80 essential service agencies throughout the five boroughs of New York.

Perlman’s recordings can be found on EMI Classics and Oxingale Records.