Max Weinberg's Jukebox To Return To Grunin Center On November 22 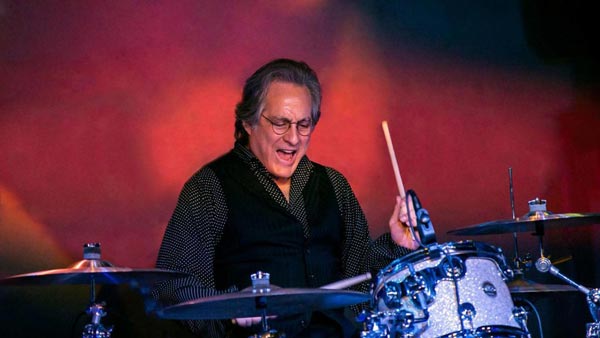 Weinberg invites the audience to create in real time the set list he and his crack four-piece group will play that night. Guests choose from a video menu of over 200 songs – everything from the Beatles to the Stones to Bruce and The E Street Band’s biggest hits – and hear the group play them the way they want to hear them played!

The driving rhythmic force propelling The E Street Band for 43 years, Weinberg is also known for his 17-year stint as the bandleader and comedic foil to talk show host Conan O’Brien, and is the only musician in history to make the leap from a starring role in one of the world’s iconic rock groups to leading his eponymous band on NBC’s “Late Night” and “The Tonight Show.”

In 2009, Bruce Springsteen and The E Street Band performed the halftime show at Super Bowl 43, to the largest audience ever recorded for that event. Weinberg also has the distinction of being the drummer on the two biggest selling rock albums in history: Bruce Springsteen’s “Born in the USA” and Meatloaf’s “Bat Out Of Hell.”

Tickets to the upcoming concert are $42-$55, and can be purchased online; by phone at 732-255-0500; or in person at the Grunin Center Box Office, Monday to Friday, 10:00am to 5:00pm. A Gold Circle VIP Meet & Greet is available for an additional $115 per person. The Meet & Greet includes a photo op with Weinberg and autographs on two personal items. VIP Meet & Greet admission is a separate charge and does not include a ticket to see the show. Show tickets must be purchased separately.