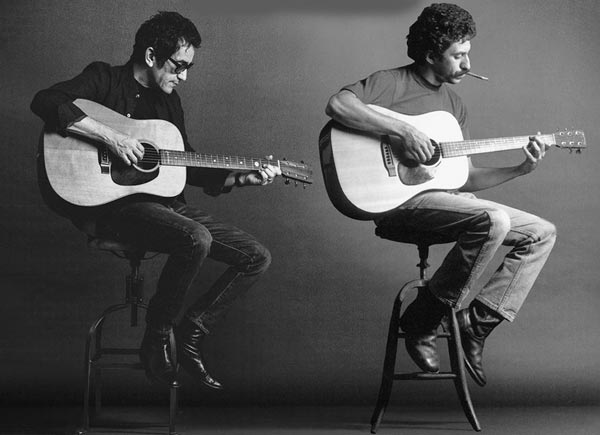 (NEWTON, NJ) -- A.J. Croce performs Croce Plays Croce at The Newton Theatre on Friday, March 27th, 2020 at 8:00pm. This will be a special night of music featuring a complete set of classics by his late father Jim Croce, some of his own tunes, and songs that influenced both him and his father.

This special event features such timeless songs as “Operator,” “You Don’t Mess Around with Jim,” “Time in a Bottle,” (a song written for A.J.), “Rapid Roy (The Stock Car Boy), and “Lovers Cross”, to name a few. Throughout the evening, A.J. speaks on his musical connection to his father, painting a picture for the audience of family, artistry, and memory.

Jim Croce was an American folk singer with a short-lived professional recording and touring career, and decades of posthumous fame as one of the greatest songwriters and artists ever, with sales surpassing 50 million records, including three #1 songs and 10 Top 10 hits.

A.J. Croce’s 25-year touring and recording career has produced nine studio albums that have been released via both major and independent labels, and have charted 18 Top 20 singles and all nine albums on the radio including on Top 40, Americana, and Blues. A virtuoso piano player, Croce has toured with such esteemed artists as Willie Nelson, Lenny Kravitz, Earth, Wind, and Fire, and B.B. King. A.J.’s latest album project Just Like Medicine, out on Compass Records, features Vince Gill and Steve Cropper, and was produced by Muscle Shoals legend Dan Penn.

Listen to A.J. Croce’s albums and it’s clear that he holds an abiding love for all kinds of music – Blues, Soul, Pop, Jazz, and Rock n’ Roll. It is readily apparent too that people love Croce’s diverse approach to music. His nine albums have all charted, and done so on an impressive array of charts: Top 40, Blues, Americana, Jazz, Independent, College, and Radio 1, to name a few. The Nashville-based singer/songwriter also has landed 18 singles on variety of Top 20 charts.

A virtuoso piano player, Croce toured with B.B. King and Ray Charles before reaching the age of 21, and, over his career, he has performed with a wide range of musicians, from Willie Nelson to the Neville Brothers; Bela Fleck to Ry Cooder. A.J. has also co-written songs with such formidable tunesmiths as Leon Russell, Dan Penn, Robert Earl Keen and multi-Grammy winner Gary Nicholson.

The late, great New Orleans piano man, and Croce hero, Allen Toussaint might have described A.J. most succinctly when he proclaimed: “In such a crowded music universe it is a pleasure to witness triple uniqueness: pianist, songwriter, singer and at such a level, and who does he sound like? The answer is himself … A.J. Croce.”

The Newton Theatre is located at 219 Spring Street in Newton, New Jersey.