"Crimson City" - A Twist On The Vampire Story 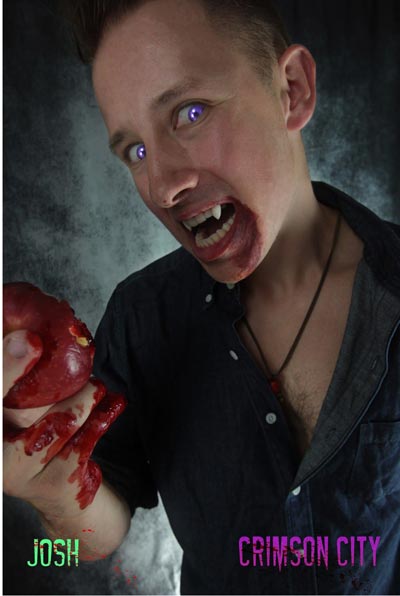 “Crimson City: The Series,” otherwise known simply as “Crimson City,” written and directed by Jennifer Quaglio, aims to change both the course of vampire history in New York City and women in the film industry. Currently in pre-production and slated to begin principal photography in the coming months in New York and the Tri-State area, with Gail Bennett (Anastasia, Broadway) and Kisha Barr (You, Netflix) leading the cast. The show is currently in the midst of a crowdfunding campaign, which ends on November 15th.

What Is It? When Maddie Sanders accidentally breaks a vampire treaty on her super sh*tty first day in NYC, she has no idea what’s about to happen. Literally, no idea. Her actions cause a ripple effect throughout the city creating a fight for power between the Lower East Side Coven who hunt on dating apps and bring their prey back to their sexy speakeasy, and the bougie Upper East Side Brood, who only drink sourced blood from Italy out of wine glasses.

Meanwhile, the unsuspecting humans who are just dealing with that corporate life, are completely unaware of what lurks beneath the city streets. The cast and crew all grew up watching Buffy the Vampire Slayer, The Lost Boys, Interview with a Vampire, Blade, Vampire Diaries and so many other iconic vampire movies and shows, and now they're making one with a modern twist. The audience will follow her on her mission to protect New York City from the bloodsucking menaces that now, thanks to her, roam freely throughout the city.

Maddie, along with her new friends, embarks on an epic journey that will shed light on the culture of the vampire world deep in the NYC underbelly. It isn’t long before she uncovers the tension between the elegant vampire Brood of the Upper Eastside and the cunning vampire Coven of the Lower Eastside. This comedy - horror pilot features a principal cast including, Gail Bennett (Anastasia, Broadway), Anthony O’Connell (Aida, Metropolitan Opera), Kisha Barr (You, Netflix), Robert Peterpaul (King Cobra), Cezar Constantine (Thalia, No Me Acuerdo), Jaison Vladimir Leroy (Nasty Woman), and Jennifer Quaglio (Cyberspace Web Series).

“Crimson City” as a series is different from its peers due to its focus on women and their struggles in society. This is often paralleled in the dynamics portrayed in the vampire world. Viewers will not only enjoy watching the show’s misguided hunter dust a few bloodsuckers every episode but will likely find themselves resonating with the deep feminist ideology of the show. “Crimson City” aims to show how women can fight back against oppressive ideology—each in their own unique way. Social equality among minority groups and the empowerment of women is evident in the project, and for the first time in film history, focuses on urban vampires in the melting pot of the world, completely through the female perspective.

“Crimson City” is deeply committed to the representation of all marginalized identities. Many of the characters come from diverse backgrounds of race, gender, sexual orientation, and expression. This principle is reflected in the production team of mostly female-identified individuals, with Sam MacKenzie (How Far is Tattoo Far), Carly Otte (Impractical Jokers), Gabi Faye (Yes), Tuesday Blue (Her First Kill) and Jennifer Quaglio spear-heading the producing team.

Garnering intense interest in mere months since the official pre-production launch, with a following dubbed, Crimson Citizens, those interested in the project can find out more and follow for exclusive updates on the show’s website. 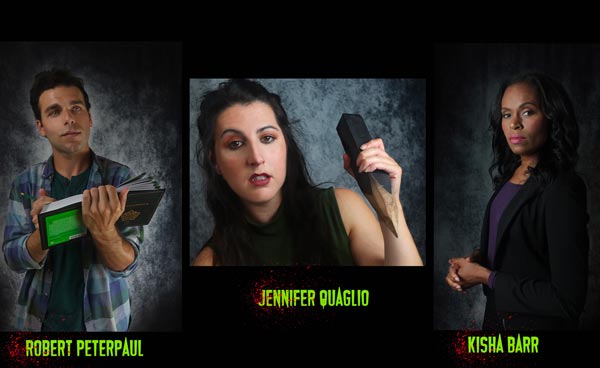