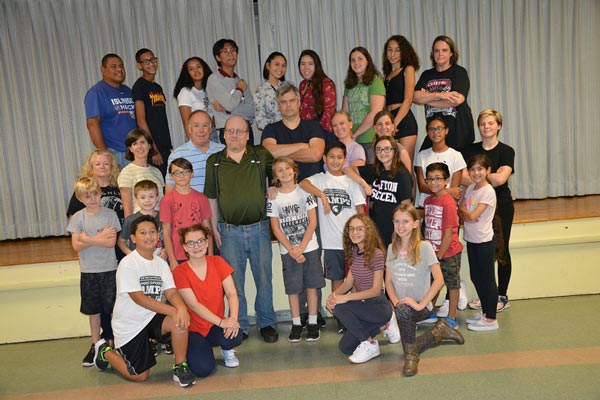 (CLIFTON, NJ) -- The Theater League of Clifton will present the Broadway musical Oliver for its fall main-stage production. The production runs November 8-10, 15-17.  The show is adapted from the book Oliver Twist by Charles Dickens. Maren Sugarman, a Bloomfield resident who teaches at ATC Studios in Clifton, will direct the show; Clifton resident Jalmari Vanamo will serve as the musical director; Teressa Kallay, also of Bloomfield and a former director of Theater League of Clifton productions, is the choreographer; Kate Sugarman is stage manager; and Clifton resident John Traier is the producer.

Friday and Saturday night performances begin at 8 p.m., while the two Sunday matinees will start at 2 p.m. Ticket prices for adults are $20 in advance and $25 at the door. For students and seniors, prices are $15 in advance and $20 at the door. Group rates are available. Tickets may be reserved by phone (973-928-7668); online via the theater’s website; or regular mail—payment by check only. The Theater League’s mailing address is: PO Box 4072, Clifton, NJ 07012.

The Theater League of Clifton will present the show through special arrangement with Music Theatre International (MTI), New York. Kearny Bank is a corporate sponsor of the Theater League.

Founded in 2005, the Theater League of Clifton is a non-profit organization dedicated to fostering an appreciation of the arts through theatrical performances, while providing quality entertainment for all ages. The Theater League welcomes volunteers in all aspects of performance and production. Mark Peterson is the president of the organization.