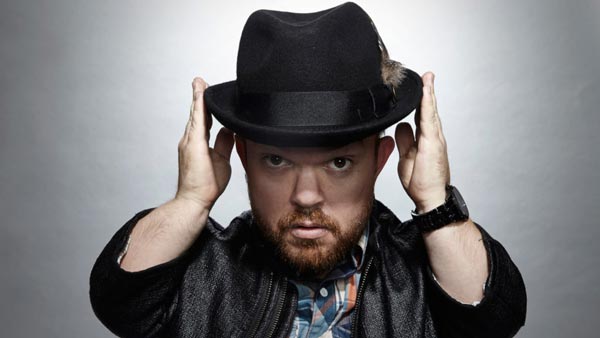 (TOMS RIVER, NJ) --  JF Party Dragon Charity, Inc. raises money for the community via its comedy shows, titled “Comedy for a Cause.” On Thursday, October 17 at 8:00pm, the nonprofit presents hilarious, high-energy comedian Brad Williams at the Jay and Linda Grunin Center for the Arts.  Robin Williams called him “Prozac with a head.”

Brad Williams is one of the funniest and most in-demand comics working today. Williams, a California native, started performing stand-up at age 19, and has been touring ever since. He has appeared on numerous TV shows, including “Legit,” “Dave Attell’s Comedy Underground,” “Sam and Cat,” “Live at Gotham,” “The Tonight Show,” “Jimmy Kimmel Live,” “Mind of Mencia,” and “Pitboss.”

His one-hour comedy special “Fun Size” was the highest-rated comedy special on Showtime in 2015. A year later, he followed it up with a second special, called “Daddy Issues”; its airing prompted The New York Times to write: “No one is doing it more hilariously than Brad Williams.”

Williams is also a dynamic on-air personality; his podcast “About Last Night” is a mainstay on the iTunes charts, and he is a regular on KROQ’s “Kevin and Bean Show” in Los Angeles as well as Adam Carolla’s podcast.

Tickets are $40 and may be purchased online or by calling the Grunin Center at 732-255-0500.  The Grunin Center is located on the main campus of Ocean County College, on College Drive in Toms River.