“Those who cannot remember the past are condemned to repeat it,” is a quote attributed to George Santayana. Theatre has the ability to bring history to life in plays which resonate with the current world.  Luna Stage in West Orange will present the World Premiere of one such play in October.  Entitled, Mrs. Stern Wanders the Prussian State Library, the play by Jenny Lyn Bader is set in Nazi Germany, but contains elements that will sound more familiar to events in America today than we would like to admit.

Bader’s play is a suspenseful drama that explores the relationship between Hannah Arendt and the young prison guard who arrests her.  It takes place in 1933 after Hitler has declared a state of emergency.  Martial law is in effect, with a new secret state police in formation, and political activism has become a capital crime.  One young police officer, Karl Frick, gets promoted from the criminal division to the new political division.  In his first week at his new job, he arrests Johanna Stern, a graduate student seen copying documents in the library.  Frick has no idea that Mrs. Stern will become one of the most influential thinkers of the 20th century. 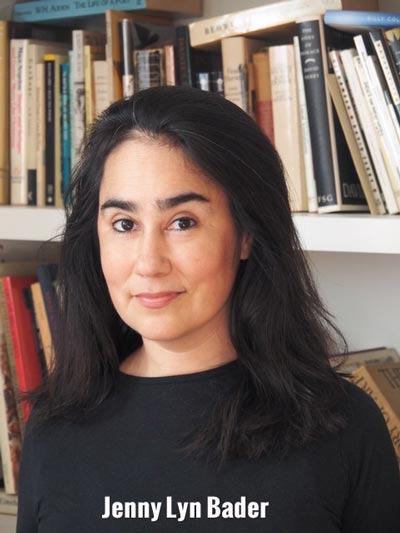 Is Mrs. Stern an innocent who pressed a button on the mimeograph machine at the wrong moment? Or is she an enemy of the state? Frick can already tell that his first interrogation promises to be his most challenging one.

Jenny Lyn Bader is well versed on the history of HannahArendt.  In fact, her husband, Roger Berkowitz, is the Founder and Academic Director of the Hannah Arendt Center and Bader is on the Board of Advisors.  She attends Hannah Arendt conferences and has a house full of Hannah Arendt books.  When she was asked by Cindy Cooper if she could write a 10 minute play for an event at the Anne Frank Center called “More Jewish Women You Should Know”, she immediately thought of Hannah Arendt.

The event included excerpts of works by Maxine Kern, Dana Leslie Goldstein, and Cindy Cooper, but Bader was creating a new piece.  She was surprised to see a flyer promoting the event and her piece on Hannah Arendt before she had even begun work on the project!  Bader wondered what was the most interesting thing about Arendt’s life that had not already been dramatized.  She knew there was a play about her relationship with Martin Heidegger and a movie about the controversies that swirled over her coverage in the New Yorker of the Adolf Eichmann trial.

On a long train ride with her husband, she asked him for help.  He suggested she write a play about Arendt’s work on the Commission on European Jewish Cultural Reconstruction, which compiled lists of Jewish cultural assets in Germany and Nazi occupied Europe, to aid in their recovery after the war.

“He talked to me for about two hours describing all the dramatic conflicts of this and then as the train pulled into the station he said, ‘or there was that time she was arrested.’”

She had plenty of material to work with for the former, but couldn’t make the story work.  She had next to nothing on the latter, but research led her to a paragraph in which Arendt describes her arrest and the young officer who arrested her.  This provided the background that the officer had just been promoted to the new political police department.  So she was able to create a 10 minute work for the event.  Afterwards people told her the story was so exciting she should turn it into a full length play.  Bader tried imagining what other scenes would be like.  Further research told her that Arendt was in jail for a complete week, which meant the play could have additional scenes and the passing of time. 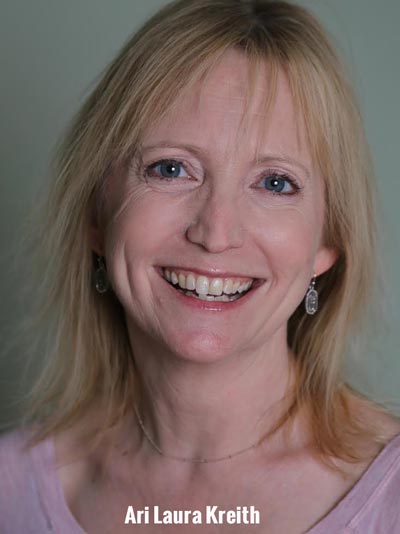 “By the time I encountered it for the first time, it was a full length play,” recalled Ari Laura Kreith, the Artistic Director at Luna Stage who will direct the production.  “I read it and was both captivated and chilled by the piece.  It felt so desperately timely to me and also so deeply human in a way that shed light on current events.  How do we respond to the detention of innocent people? What happens when political action becomes criminalized? What do we do when laws are no longer fixed and can be applied retroactively to justify prosecution and persecution?”

While the patrons of the arts may tend to hold liberal views, Kreith knows that her theatre will also be filled with moderates and conservatives as well.  The challenge is to offer programming that will

elevate discussions rather than shut them down.

“I think my goal/dream as an artist is to inspire dialogue,” said Kreith.  “I think that what art can do is it can invite us out of our entrenched positions or our beliefs that we can’t understand each other into having an experience that allows us to look at the complexities of a relationship or a dynamic or event.   One of the incredibly valuable things about doing a play about detention, the slipperiness of the legal system, and the importance of moral responsibility at this moment in time is that it leads us to say, ‘Ok, so where are we? And who do we want to be as a country? And as a culture?’ I think it’s more possible to have those conversations sometimes in a nuanced way when it’s catalyzed as a work of art.”

Bader notes, “The story of Arendt’s arrest and imprisonment and how she first became ‘stateless,’ not widely known, feels especially relevant to re-imagine today.  And the insight and courage she showed then leave us a legacy of wisdom and inspiration.”

Even people who are familiar with the story will find themselves engrossed in the play.  Kreith mentions a reading they did recently which had Hannah Arendt scholars in the audience.  “They knew she was going to be ok, but they said we couldn’t believe how suspenseful it was,” recalled Kreith.  “We were on the edge of our seats worrying about her and it was so much fun to take this journey.”

Luna Stage believes in developing and producing plays about local and global experiences - works that often inspire conversation. They are located in an area with many cultures and choose to celebrate the diverse voices that surround them, often presenting some of the most challenging work in the state.

“It’s important to me to choose theatre pieces that feel like they don’t judge anyone’s intentions or anyone’s humanity,” added Kreith.  “And I think that hopefully allows us to enter a space where we can have perhaps more productive conversations than we have in an overly political arena.”

Kreith and Bader have collaborated many times since first meeting at a wedding in which the “two theatre folks” were purposely placed next to each other among a room full of academics.  Despite the awkward beginning, the two began talking and realized they had much in common.  They soon became close friends and work very well together.

“I love working with Ari,” said Bader.  “She has a very sensitive radar for the truth.  She cultivates complete honesty on stage and immediately recognizes any moments that feel dishonest or words that feel unnecessary.  Or sometimes words that were necessary in an earlier rehearsal but now that the scene is fully staged, have things being played that no longer need to be said.  Having trained as a classical pianist, she’s also particular about things like transition music and the scoundscape and all of the other things that add to the sense of on stage truth.”

“Jenny Lynn once said that I birth plays and I feel there is a little bit of that,” said Kreith.  “You fall in love with the piece and you fall in love with both where it is going into rehearsal and also seeing its potential as a fully realized thing and inviting actors to become part of the conversation and the art of shaping it.  That’s really magical.”