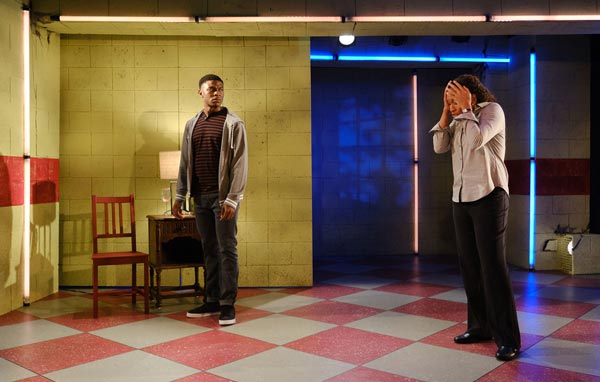 Parenting is a puzzle.  The intention is do well by your child by all means.  And those intentions start with a firm foundation of communication. Dominique Morisseau's play Pipeline explores the repercussions of parenting, race, education, marriage, and communication.  The play – running at Hoboken’s Mile Square Theatre– is a gripping drama.

The play’s title refers to the “school-to-prison pipeline” that all too easily traps the underprivileged, especially people of color, and funnels them directly into penal institutions. But these characters are poised, faulty and intelligent enough to prove the odds wrong.  It’s the rest of the world that proves challenging. 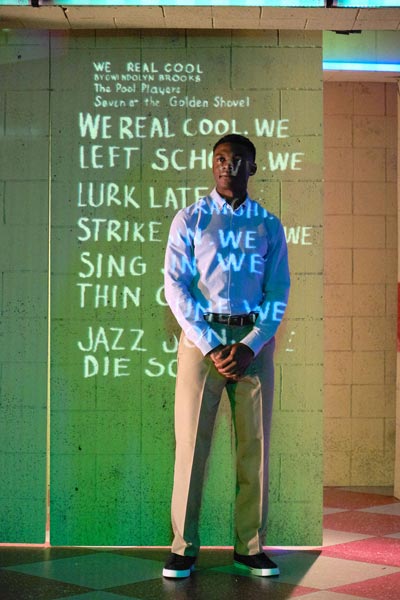 Morisseau’s play is enlivened by fertile, intelligent performances by a strong cast and tense direction by Kevin R. Free.  It’s grounded by prophetic references to Gwendolyn Brooks’ poetry and the novel Native Son by Richard Wright.  Pipeline is a drama about people—strong, troubled, complex, sometimes heartbreaking people—who find themselves in nerve-jangling situations. Yes, the school background is vital here, but it’s the human beings who rivet us to our seats for 95 absorbing, suspenseful minutes—no intermission.

Omari (Jarvis Tomdio) is a young African American high school student.  He’s articulate, smart and scared. But he’s a teenager filled with quiet rage at the world and his parents.  Unfortunately, his physical outburst on a teacher could mean ouster from his private school – especially as the incident has been preserved on other student’s phones.  Tomdio offers a graceful, gripping performance – like a caged animal, stalking the territory, ready to strike.

He’s got the support of a loving girlfriend Jasmine (Jessica Darrow) and that of his public school English teacher mother Nya (Malikha Mallette).  Mallette and Tomdio deliver moving performances that emphasizes the tensions, awkwardness and pure intentions between mother and child.  Darrow is fierce and wise beyond her years as Jasmine delivering truths in zippy statements like “Sometimes people push you too far, make you feel like an animal from another jungle.”

Nya is supported by her fellow teacher Laurie (Annie McAdams) who’s perilously close to violence and a breakdown of her own. McAdams provides a fiercely funny, passionate performance.  As does Chadwick Antonio Rawlings as Dun – the school security guard who carries a torch for Nya.

The play is a chess game, and a fascinating one at that.  It ends on a hopeful note.  But given the issues and possibilities presented hope is a weak strategy.  Ultimately though being young, tenacious and in love doesn’t quite quell the fear and anger in these characters.  And this is where “Pipeline” elevates and feels most real.  The language of these characters shifts effortlessly between the world’s they occupy – private school and private life, check book parenting and daily life, wisdom and rage, love and youth, intention and mistakes.  The actors deliver smashing performances gripping the shadows and fine lines of their worlds and relationships. 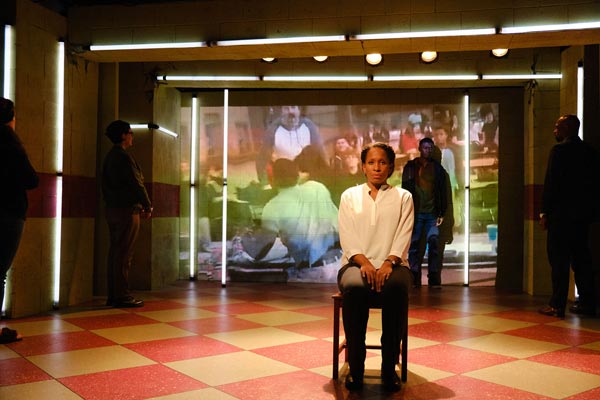 Omari compares Jasmine to “Metamorphic rocks. They change in form. Made from heat and pressure. That’s what makes ‘em so rare and interesting. “  An apt description of all the characters in “Pipeline” – and of the play itself. 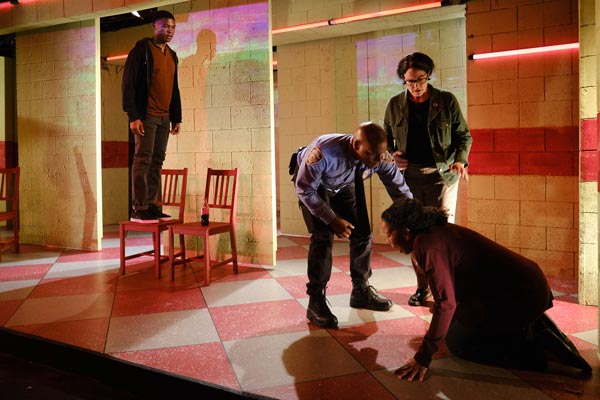