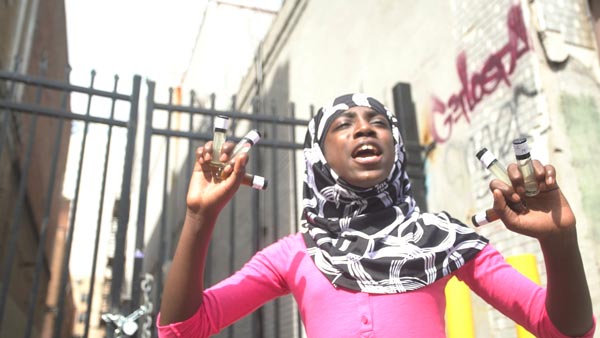 (NEWARK, NJ) -- Critically acclaimed short film, Zahra and the Oil Man (ZAOM), will have a public screening at Cityplex-12 in Newark on September 12 at 8:30pm. The screening will include a Q&A session with the film’s cast and crew, moderated by Sharon Stroye, director of public engagement at Rutgers School of Public Affairs and Administration and co-leader of the Truth, Racial Healing and Transformation Campus Center (TRHT) at Rutgers University–Newark.

Directed by Yusef Mayes, ZAOM is a relevant and timely short film that explores the story of a father and daughter as they struggle to sell scented oils on the streets of Newark, New Jersey. “Through the lens of Yucef Mayes, the delicate relationship between a father and his daughter is explored with refreshing honesty,” said Cynthia Horner, founder of Right On! Digital.

“The film beautifully juxtaposes tradition and modernity, complex masculine and feminine gender dynamics, and Christian/Muslim intersections in African-American urban enclaves. The sub-themes of entrepreneurship, community engagement, and self-actualization are equally provocative. I am particularly moved by how the film captures and reflects black independence and hustle muscle across generations,” said Dr. Lanisa Kitchiner, director of education and scholarly initiatives at the Smithsonian National Museum of African Art.

Tickets are available for purchase online.  Cityplex-12 is located at 360-394 Springfield Avenue in Newark, New Jersey.

ZAOM was one of the recipients of the Third Space Grants awarded by Express Newark in 2018. The Third Space Grants, aggregating more than $200,000, afford Newark artists the opportunity to pursue their work with the Rutgers University–Newark community at Express Newark. Accordingly, during the year 2019-2020, Mayes will partner with Stroye to host six community grassroots screenings, each suited for a specific audience. This targeted outreach will lead to deeper and more meaningful impact. The community screenings will be moderated by TRHT facilitators to engage key players to impact and advance the welfare of people like the characters in the film who might share similar life experiences.