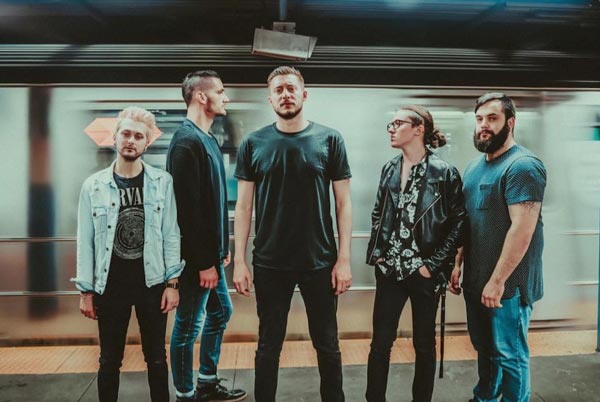 (LONG BRANCH, NJ) -- Pop/rock band Boys Of Fall are on the road in support of their forthcoming vinyl release, Better Moments Gold Edition (out 9/13 on InVogue Records). The follow up to last year's Better Moments, the release features two acoustic versions of songs from the original album and two brand new singles. Locally, the band can be seen on Tuesday, September 17 at The Brighton Bar in Long Branch.

Boys Of Fall are an pop/rock band from Detroit, MI. Prior to 2017, Boys Of Fall toured vigorously (including a South American stint with Saves The Day) while finding the right home to release an upcoming album. While the band was growing and thriving, they eventually faced a fateful decision of going on indefinite hiatus, upon which they released their 2016 Thank You And Goodbye LP.

As fate would have it, their fans responded resoundingly to the break up album; the band was rejuvenated and found a new reason and meaning to continue growing. Their comeback included signing to InVogue Records and releasing the highly celebrated EP Chasing Lonely. They toured North America for the entirety of 2018, including highlighted tours with Belmont, We Were Sharks, and shows with All Time Low and Vans Warped Tour.

After releasing their follow-up LP Better Moments (produced by Andrew Wade), Boys Of Fall co-headlined the InVogue Records Tour with In Her Own Words, followed by successful holiday events to round out 2018. The band continues to expand their audience in 2019 with more headline tours and festival appearances, in addition to celebrating their vinyl release of Better Moments Gold Edition as well as a co-release with Kayzo.

The Brighton Bar  is located at 121 Brighton Ave in Long Branch, New Jersey.