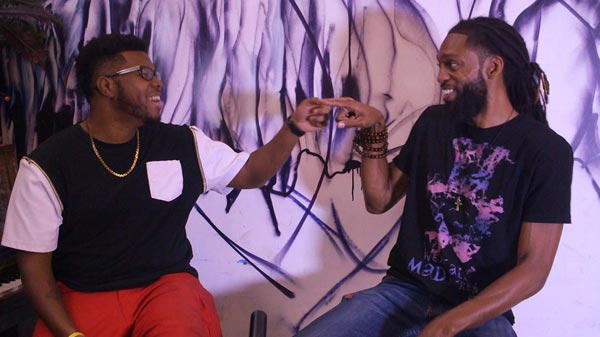 Filmmaker Brad Mays thought he had wrapped up filming everything for his documentary, Two Trentons: An American City Speaks and then the Art All Night tragedy happened.  He was actually wrapping up the film at the festival, but quickly realized he was no longer done and he was now making a different movie.

His documentary portrays the social and economic influences that have driven the city’s decline and shines a spotlight on the people who are helping to shape its future.  Through interviews with activists, business people, artists, musicians, planners and politicians, the good and bad sides of Trenton come to life.

The title comes from the idea that there is a day Trenton and a night Trenton, and few people ever see both sides of the city. 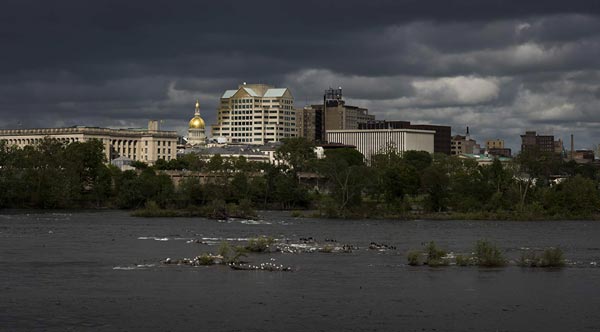 “The whole idea of the Trenton film was to present a hopeful and affectionate look at the town,” explained Mays.  “But Art All Night happened.  It happened.  That shooting occurred and I’m an artist, I’m not an investigative journalist or anything like that, but I’m a filmmaker.  There was tremendous drama expressed there.  One thing I had learned during the making of this film was that it’s a city at war with itself.  Every five steps you take forward, four steps you have to take back.  And sometimes maybe even six or seven or even eight steps back.  It’s a city that’s constantly at war with itself and that’s what makes it quintessentially American.”

At first glance, Trenton would seem to be a very unique case.  It’s the capital city of New Jersey.  It is located in a very wealthy county.  And its history goes back to the beginning of the United States.  But cities like Trenton can be found throughout the country.  They are cities struggling with violence, mental illness, vacant buildings, drug addiction, and poverty.   Trenton’s story is very much an American story and this film shows the challenges such cities face.

The idea for Two Trentons came from Joe Hulihan, a neurologist who is a member of The Campaign to End the New Jim Crow (CENJC). That’s a grassroots organization committed to building a movement with the goal of replacing prisons and life-long discrimination with caring communities.  Hulihan had watched a short promotional video Mays created for Mercer Street Friends and approached him afterwards about the possibility of making a film on Trenton.  Six months later, Hulihan contacted Mays and described what he wanted.  He said he wanted to make a film that portrays the struggle of Trenton from various points of view such as education and mental illness.

Mays would go on to interview dozens of people and spend two and a half years making Two Trentons.  A full year was added after the Art All Night incident, which shows just how much of the film’s direction changed.  In a way, it’s almost like two films - the original idea and the fuller version bookended between the Art All Night shooting and the aftermath.

“Joni Mitchell said she used to do open string tuning so she could keep herself stupid,” said Mays.  “Basically, what I like to do as a filmmaker when I do documentaries is I like to shoot a lot of footage without thinking about how I’m going to be editing it.  That way I keep myself stupid, and if I do that the film will eventually start speaking to me, telling me what to do.

“I don’t think the function of art is to be didactic,” he continued.  “I don’t go in with any kind of preconceived idea about what I want people to take away from it or to infer from it or anything at all.  I think if people take anything away from it, hopefully it’s a largely visceral and emotional response; however, with a piece like this, if it screens in front of an audience of 300 people what I would be hoping for is 150 arguments as a result of watching the film.” 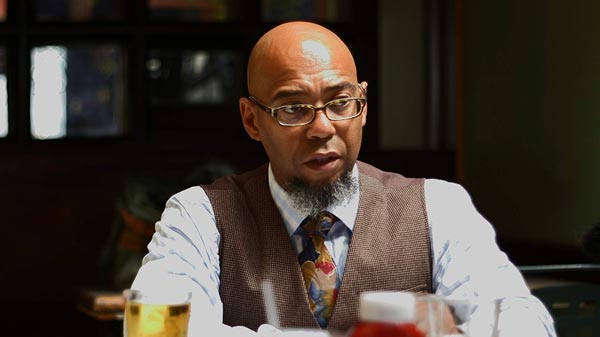 There’s a good chance people will argue about Trenton’s struggles after seeing this film, but one thing is clear - there are plenty of people trying to do good work in the city.  As one person points out early on, there’s a belief among many that the media isn’t promoting the good stories nearly as much as the bad.  As Mays shows members of the art and music scene in Trenton, it hints that art is playing a major role in the city’s renewal.  Watching the film made me wonder if the arts could eventually revitalize Trenton to the point in which the artists are priced out.  Can the arts and Trenton work together to prevent that from happening?

“I like to present an honest film where the narrative is culled completely from the people who are interviewed,” explained Mays.  “In that regard, I like to model myself after the great Frederick Wiseman who is my favorite documentary filmmaker.  You just shoot a lot of footage and you try to figure it out.  It was Joe (Hulihan).  It was his vision, he defined it.   When I was working in Hollywood, my late wife Lorenda (Starfelt) was producing films.  The last film she produced was The Watermelon.  I looked at that as her film.  I was the director, but I saw that as her vision.  She had a very specific thing she wanted out of that script and out of the film, so I made sure I allowed her vision to guide me.  I like serving other people’s visions whenever I can.  With Two Trentons, I made pretty much all of the editorial decisions. I did the shooting and the editing; it is my creation, but it is a true and honest and respective representation of what Joe’s original vision was.” 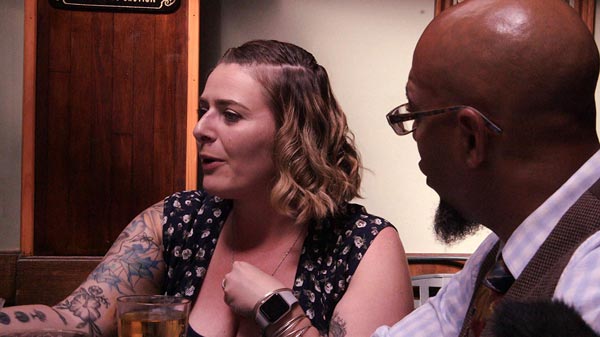 Mays grew up in Mercer County and lived out in Hollywood for 22 years.  His wife died of cancer at the age of 56 in 2011, only a few months after being diagnosed.  Her last project as producer was a film about growing up in Princeton where Mays had.  She got him interested in creating a feature documentary about that, but just as he was getting started with the film she was diagnosed with cancer in a very advanced stage.

“It was devastating to me,” said Mays.  “I had lost my nerve.  In fact, I spent a year and a half just doing sports television.  And then I decided to honor her by finishing the film that she had gotten me started on.  So I went back to Princeton and it was like returning home.  I reconnected with all of my friends and they were excited about what I was doing.  Before I knew what was what, I had moved back to the East Coast.  I’ve always thought of New Jersey as the Holy Land.  I arrived back in Princeton and I pulled over in front of the Battlefield in Princeton and I got out of the car, knelt down, and kissed the ground because I was home.  Twenty-two years in Hollywood had taught me all it could teach me.”

Two Trentons will screen at the NJ Film Festival in New Brunswick on Sunday, September 15 at 7:00pm