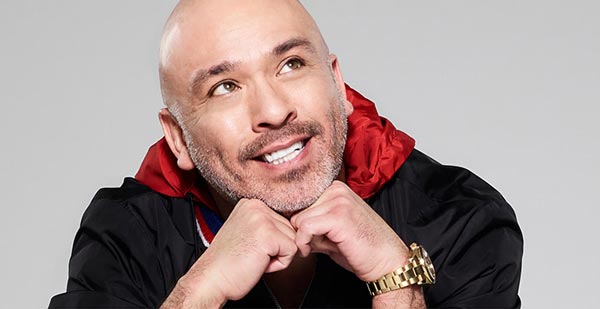 (NEWARK, NJ) -- New Jersey Performing Arts Center (NJPAC) have added a third performance for Jo Koy on Saturday, October 19th at 10:30pm.  He will also perform on October 19th at 8:00pm and on Sunday, October 20th at 8:00pm. The stand-up sensation is a regular on Chelsea Lately, Netflix, Comedy Central, and The Adam Carolla Show, returns to NJPAC with his hilarious new stand-up tour! Tickets range from $39 to $69.

In recent years, Jo Koy has come a long way – from his modest beginnings at a Las Vegas coffeehouse to success on television and as a top comedy headliner, currently selling out shows coast-to-coast. Since his 2005 Tonight Show debut earned him a standing ovation, Koy’s insightful jokes, family-inspired humor, and explosive onstage energy have taken him all around the television landscape.

Koy has starred in two acclaimed Comedy Central specials (Don’t Make Him Angry and Lights Out), appeared as a guest on over 100 episodes of Chelsea Lately, and made hilarious appearances on VH1, World’s Funniest Fails, The Joy Behar Show, Jimmy Kimmel Live, Last Call with Carson Daly, and Jamie Foxx: Laffapalooza.