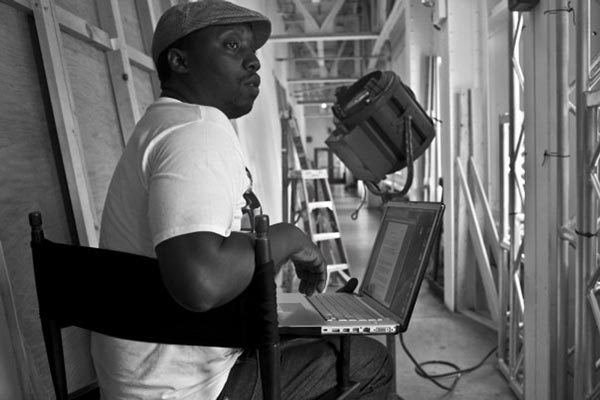 DEKA-LOG: a Finding Me story is an anthology series featuring true-to-life stories about people of color in contemporary urban America. Not only is each DEKA-LOG episode a stand-alone, short-film, the series is multi-genre, ranging from romance to true crime and encompassing a range of universal themes, such as love, justice, betrayal and self-discovery. The stories are about people outside the mainstream, whose lives are rarely portrayed on network television or commercial streaming services.

Jersey City-based filmmaker Roger Omeus Jr. is the creator, writer and director of DEKA-LOG a Finding Me story. For previous episodes and other films by Omeus, visit www.omeprotv.com. Produced by OmeProTV, JCTC-Films Presents DEKA-LOG a Finding Me story features the season finale of Talks With Myself; the series finale of James and Danielle, the series premiere Restitution and a sneak-peak of the upcoming The Miseducation of Max St. Claire. The evening includes a Q&A with Omeus and cast members from each film and moderated by Michael Powell.

JCTC-Films presented the then newest episodes of the DEKA-LOG: a Finding Me story, a sold-out screening in the black box theater at Merseles Studios in 2018. Since then, not only was his work selected for the 2019 Newark International Film Festival, his series James and Danielle received several nominations in the 1 st Annual Capital Web Awards in Washington D.C. Also, scenes in the upcoming films were actually shot in Merseles Studios as well as other locations in Jersey City and throughout the area.

“I am so excited to partner up with JCTC once again,” said Omeus. “They have been kind and gracious enough to let us use their wonderful space for filming and presenting our second screening. I’m looking forward to working alongside JCTC and with other artists from Jersey City and beyond.”

This year, the JCTC-Films event is being conducted under the auspices of Stories of Greenville, a multi- year arts program that empowers neighborhood artists to be a driving force in the revitalization of the Greenville section of Jersey City, a community that is 83 percent African-American.

“When we began Stories of Greenville, we surveyed community artists and one of the most critical issues we discovered was how few role models young artists of color have,” said Olga Levina, Artistic Director, JCTC. “Roger is a filmmaker who has carved out a career telling stories that are filled with truth and feeling. He is an artist younger artists can learn from so they can better tell their stories, and manage their careers as artists.”

“The first thing I noticed was Roger’s incredible cinematography,” said Hardrick. “As artists growing up in a neighborhood like Greenville, we need to better understand how to sustain a work flow and how to manage the career side of being a filmmaker and how to get exposure for the work you create. The goal is not just to make art, but to meet other artists and create new projects by networking with other artists and the community. Myself and the other Stories of Greenville artists have a ton of questions for Roger.”

Talks With Myself – (Season Finale) – When you find yourself single, alone and living in a new city, the temptation to do something you’ve never done before becomes much more desirable. That’s the exact point Morris is at in his life. But how can you navigate a shrinking world of many choices without getting some scrapes and bruises along the way? Cast: Kenyon L. O'Brien, Noel B. Austin, Devon Winbourne, Derrick Butler, Damion West

Restitution – (Series Premiere) – The convicted killer of Kyle Jenkins has been behind bars for four years, but Kyle’s cousin Felicia remains convinced the real murderer has not been caught. Is his death related to a missing police detective, a string of unsolved murders of adult escorts, a Jersey City gang war and an alleged crime lord known as Uncle Junior? Police Lieutenant Leslie Powell thinks so, and together with Detective Lenny Armstrong, they try to connect the dots, stop the violence and restore law & order to the streets of Jersey City. Cast: Parish Bardley, Nzingtha Smith, Ondre Glasco, Douglas Stirling, King David, Radhames Tejada, Erica Nicole Scott and Lorry Francois

Roger Omeus Jr. is a first-generation Haitian American, born in Brooklyn N.Y. His previous films include Finding Me (2009) and Finding Me: Truth (2011), both produced under his company, OmeProductions LLC and distributed by TLA Releasing. Omeus has also worked on promotional videos for Gardein products and directed/edited an infomercial for Montclair State University.