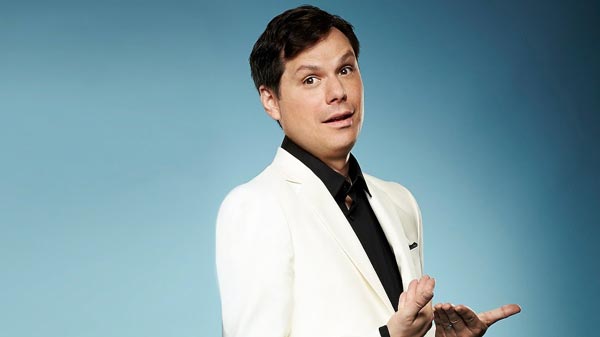 (NEWARK, NJ) -- New Jersey Performing Arts Center (NJPAC) presents Michael Ian Black on Friday, October 18, 2019 at 8:00pm. It's an evening of stand-up comedy with the busy actor, author and commentator known for his unique, often ribald brand of jokes and observations about politics, family life, and a whole lot more. Tickets are $39.50.

Most recently, Michael Ian Black has starred on TVLand's The Gaffigan Show, Comedy Central’s Another Period, and on two series for Netflix, Wet Hot American Summer: Ten Years Later and Insatiable. His most recent stand-up special, Noted Expert, was released on Epix. Sketch comedy fans know Black’s work on The State, Viva Variety, and Michael and Michael Have Issues, all of which he co-created, wrote and starred in. His other television credits include the NBC series Ed, Burning Love on E!, and You’re Whole on Adult Swim.

He is the author of 11 books, including the recent best-seller A Child’s First Book of Trump, and two well-received memoirs, Navel Gazing: True Tales of Bodies, Mostly Mine (but also my mom’s, which I know sounds weird), and You're Not Doing It Right: Tales of Marriage, Sex, Death and Other Humiliations.