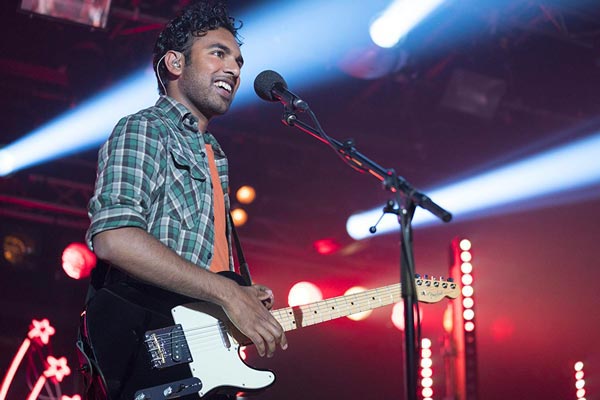 There’s a famous gag in the climax of Back to the Future in which, having traveled back to 1955, Michael J. Fox’s Marty McFly finds himself fronting a band onstage at a high school dance. McFly picks up a guitar and performs a version of Chuck Berry’s ‘Johnny B Goode’, a song which wouldn’t be recorded until 1958. The school kids love this new sound, but McFly pushes his luck with some Van Halen-esque metal strumming. “I guess you’re not ready for that yet,” McFly observes, “but your kids are gonna love it!”

It’s a controversial scene, given the history of how black musicians were marginalized in the America of that era, but it’s a gag that makes sense. Those school kids were just about ready for the rock ‘n ‘roll explosion, and Berry’s song was a mere three years away, but ‘80s cock rock was as alien to them as hip hop, and so they shunned it. In this scene, Robert Zemeckis demonstrates that he understands how cultural zeitgeists work in a way Yesterday’s writer, Richard Curtis, and director, Danny Boyle, don’t seem to. Their film hangs on the premise that had no one on earth been aware of The Beatles, the world would fall head over heels for a moderately talented singer’s cover versions of their back catalogue.

Jack Malik (Himesh Patel) is an aspiring singer-songwriter who finds himself stuck in a rut, performing to two men and a dog in local pubs in a sleepy English seaside town. His manager and best friend, Ellie (Lily James), persists in attempting to get Jack his big break, because unbeknownst to Jack, she’s been madly in love with him since childhood. One evening the entire world experiences an electrical blackout for 12 seconds, during which time Jack is hit by a bus and knocked unconscious. When he wakes up, he learns that the world has changed in a curious way - The Beatles appear to have never existed, yet Jack still remembers their songs. 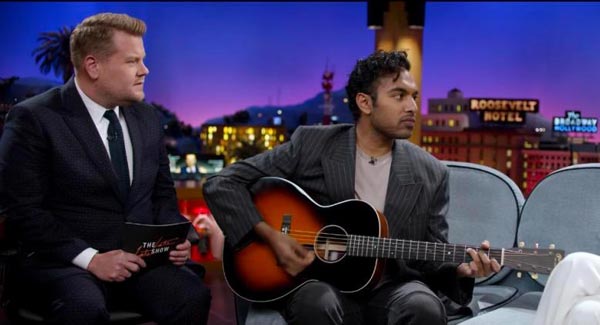 I can’t remember the moment I first heard The Beatles, but I do know I was well into my teens before I began to appreciate them. As a kid they were simply old hat to my ears, the music of my parents’ generation, as uncool as Val Doonican. It wasn’t until later that I realized just how cool my parents’ generation actually were and I began to explore their record collections with a newfound enthusiasm. If kids in the ‘80s dismissed The Beatles, what chance would they have today, when the very concept of a ‘band’ is almost exclusively the reserve of the alternative rock scene. If John, Paul, George and Ringo released their debut album, ‘Please, Please Me’, today, it would no doubt disappear into obscurity. The Beatles arrived at just the right time, taking advantage of seismic changes in western youth culture, not to mention cashing in on American radio’s reluctance to play the music of black artists. And their music grew with and reflected the times - they couldn’t have released Abbey Road in 1963, as it would have been as alien to listeners as Marty McFly’s Van Halen riff was to those 1955 high-schoolers. Yet Yesterday asks us to ignore all this and swallow the idea that a nobody with a modicum of talent could become the biggest music star in the world with his mediocre covers of the Fab Four’s classic tunes.

The film complicates things further with the reveal that it’s not just The Beatles who have disappeared. The blackout seems to have been a ‘Thanos snap’ for creativity, with other things we take for granted - Coca-Cola, Harry Potter, cigarettes - having also been erased. This leads us to wonder what else was never invented - Penicillin? The atom bomb? Sliced bread? And how history and society might have been shaped by their absence, but the film refuses to delve into such matters.

As great as their music is, the lack of The Beatles is one of the least interesting aspects of this new reality, but Jack seems to have no curiosity beyond the mop-tops. Surely he would want to know which wars were, and still are, being fought, or whether the result of Brexit is still the same? How can Pepsi exist if Coke never did? We’re told Oasis never existed because they were so influenced by The Beatles. A considerable plothole arises with a flashback of a 7-year-old Jack performing a cover of ‘Wonderwall’, the moment Ellie first fell for him. How could this have happened if Oasis didn’t exist?

Perhaps the biggest hurdle for an audience to get over is Jack’s total lack of curiosity as to what might have happened to the members of The Beatles in this universe. We see him google ‘The Beatles’, but never their individual names, leaving us to wonder if they ever existed, and if they did, how come they never formed the band. I’m loathe to tell a screenwriter as experienced as Curtis how to do his job, but this matter could easily be fixed. Early in the film, Jack gets his break opening for Ed Sheeran at a gig in Moscow and opts to perform ‘Back in the USSR’. All the film needs to do is have someone ask Jack “What is the USSR?”, at which point Jack learns that the USSR was never formed because WWII never happened and thus The Beatles never got that gig performing for US servicemen in Hamburg. It’s right there!!! 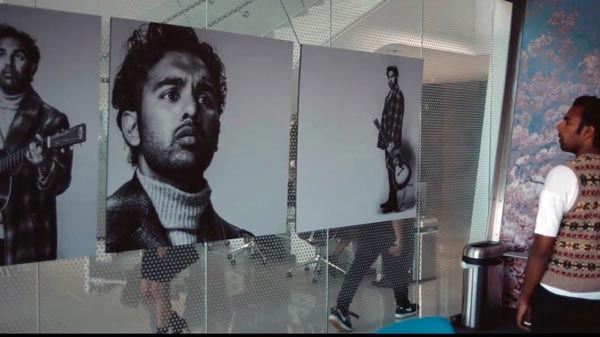 Initially, Yesterday suggests to be a far more interesting movie than the one it ultimately delivers. When Jack first performs The Beatles’ songs in his local village, his small audiences of family and friends fail to appreciate their greatness. In these early stages the film is onto something honest about how culture requires marketing to break into the public consciousness. In a past life I was a DJ and would often find that brand new tracks would flop on the dancefloor, only to be fully embraced a few months later when they had become hits. For some strange reason, the average consumer of culture only embraces art once it becomes pervasive. As someone who writes about movies, this is a depressing thought I have to accept, that no matter how much I rave about the latest American indie or Scandinavian arthouse flick, they’re never going to find mainstream acceptance.

But somehow Jack does break into the mainstream, with the unlikely help of Sheeran, who is happy to promote Jack rather than simply offering to buy his songs. When Jack moves to Hollywood to record, he keeps getting told how unattractive he is by an obnoxious agent (Kate McKinnon), which again makes you wonder why she would attempt to turn him into a pop star rather than simply buying his songs and proffering them to today’s chiselled skin-job music acts.

There are a few moments where Jack becomes tongue-tied when asked about the meaning behind song lyrics, but beyond that the film never tackles the issues of cultural appropriation and making money from an art derived from someone else’s life experience. There’s a trip to Liverpool, where Jack visits the locations that informed many of The Beatles’ songs, and this makes him feel a little guilty, but he’s almost immediately let off the hook in a plot development that’s the very definition of anti-dramatic. As a lover of jazz, I’m all for reinterpreting someone else’s music, as long as you have something to bring to the table (and while we’re on the subject, I implore you to listen to guitarist Stanley Jordan’s virtuoso cover of ‘Eleanor Rigby’), but Jack adds nothing to Lennon and McCartney’s songs, finding no way to channel his own experience through their words and music, simply because the character doesn’t appear to have much of a life as far as we can tell.

At least Jack doesn’t use The Beatles to simply get laid, which I feared with this being a Richard Curtis script. Curtis’s films have a creepy idea of romance and they usually ask us to root for a narcissistic male stalker who feels entitled to the affections of the female lead. Yesterday gender-swaps this dynamic, with Lily James who’s mad at being relegated to the friend-zone (or as she calls it, the “fun chum” column) and offers Jack a despicably selfish ultimatum of choosing between her companionship or his career, as though the two are somehow mutually exclusive. By the end I was sick of this pair of sociopaths and was hoping for Paul and Ringo to show up, take Jack to court and put me out of my misery. Yesterday is an affront to the many filmmakers who over the years have had their requests to use the music of The Beatles turned down.