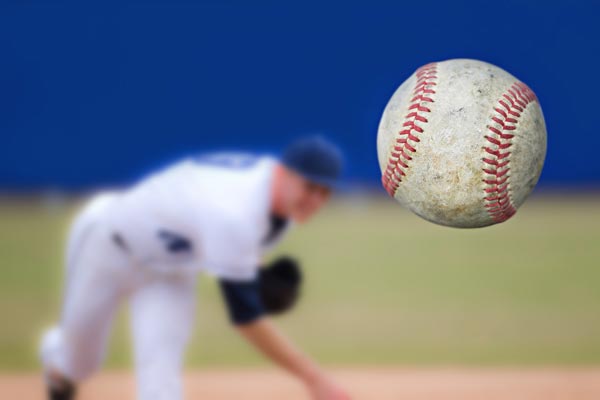 (HOBOKEN, NJ) -- Mile Square Theatre, Hudson County’s leading professional theatre, presents its annual 10-minute play festival, 7th Inning Stretch: 7 10-minute plays about baseball. In celebration of Hoboken’s historical claim as the birthplace of baseball, since 2003 MST has commissioned some of America’s most celebrated playwrights to create short work on the theme of baseball. This year’s lineup of writers has eagerly accepted the assignment and will swinging for the fences on May 31, June 1, and June 2, when this annual event is presented at Mile Square Theatre’s Hoboken performance venue.

Chris O’Connor, MST Artistic Director and producer of the festival, says, “This is our 15th year of premiering 10-minute baseball plays, and once again, we have an accomplished and diverse roster of playwrights for the Stretch. The plays are moving, funny, and so entertaining. It makes for a unique evening of theatre that our audience eagerly anticipates every year. The Stretch never fails to dazzle, and they’re never disappointed. The entire event is a benefit for Mile Square Theatre, and I’m always moved by the number of theatre artists who volunteer their time to create the show.”

Discount Parking available at The Harlow @ 14th and Willow, and at Little Man Parking at 1300 Jefferson Street.

GREG DePAUL wrote the movie Bride Wars, starring Kate Hudson and Anne Hathaway, and co-wrote Saving Silverman, starring Jack Black. His plays have been produced in L.A. and New York. He teaches screenwriting at NYU, The New School, and SUNY-Purchase, and founded the Stillwater Writers Group. Oh, and he coaches kids' sports, including baseball.

MONA PIRNOT is a New York City-based playwright and songwriter. She is a current member of EST/Youngblood. Her plays have been produced by or developed with Ensemble Studio Theatre, Two Headed Rep, Premiere Stages, and Hecht Studio Theatre. Selected monologues from her play Lessons from an Abandoned Work are published in In Performance, Contemporary Monologues for Teens (Hal Leonard.) She was the 2014-15 Literary Fellow at Center Theatre Group. She will be Williamstown Theatre Festival’s 2019 Playwright in Residence.

RICHARD VETERE wrote the novel The Third Miracle (Simon & Schuster) and co-wrote the screenplay adaptation starring Ed Harris, produced by Francis Ford Coppola, directed by Agnieszka Holland released by Sony Picture Classics.  His plays include Gangster Apparel (Old Red Lion, London); One Shot, One Kill (Primary Stages); Caravaggio (Silk Crossing Theater, Chicago); Machiavelli (Archlight, Off-Broadway NYC) and Lady Macbeth and Her Lover (The Directors Company NYC). His other movie adaptations of his plays include The Marriage Fool CBS TV movies starring Walter Matthau and Carol Brunet; How to Go Out on a Date in Queens starring Jason Alexander; Hale the Hero! for the General Motors Playwrights Theater on A&E starring Elisabeth Shue and Vigilante starring Robert Forester named one of the best indies of the 1980’s by BAM.  He has over twenty plays published by Dramatic Publishing, Smith & Kraus and Applause Books. His other published novels include Baroque, The Writers Afterlife and Champagne and Cocaine. He was awarded a grant by the Russo Brothers Film Forum to write, direct and produce the award winning documentary Where Are We Now?  The Italian America Today.  He is a Lifetime Member of the WGA East with a masters from Columbia University in Comparative English Literature.   He has lectured on film writing and playwrighting in the master’s program at NYU and lectures on screenwriting at Queens College.  RichardVetereauthor.com

ELYZABETH GREGORY WILDER’s plays include Gee's Bend, Fresh Kills, The Flagmaker of Market Street, The Furniture of Home, White Lightning, Provenance, and Everything That’s Beautiful.  Her plays have been produced at the Royal Court (London), Alabama Shakespeare Festival, Denver Center, Cleveland Play House, KC Rep, Northlight, the Arden, B Street Theatre, and Hartford Stage, among others.  Her one act, “Santa Doesn’t Come to the Holiday Inn”was featured in the Marathon of One Act Plays at the Ensemble Studio Theatre. New work includes The Light of the World, which explores our relationship with Confederate iconography (ASF Southern Writers' Festival) and Looks Like Pretty, which explores racial bias and the development of color photography.  A co-commission from the Geva Theatre and the Sloan Foundation, it will premiere at Geva in the 2019-2020 season. Other plays include A Requiem for August Moon (Pioneer Theatre workshop), The Bone Orchard (Denver Center commission, Great Plains Theatre Conference), and a short play for the acclaimed My America, Too project (Baltimore Center Stage), as well as four commissions from the Alabama Shakespeare Festival.  Elyzabeth is the recipient of the Osborn Award given by the American Theatre Critics Association and is a graduate of the dramatic writing program at New York University. Elyzabeth is the current Tennessee Williams Playwright-in-Residence at Sewanee: The University of the South where she teaches playwriting.

ANTU YACOB was born in Dire Dawa, Ethiopia and raised in San Francisco and Minnesota. She received her MFA in Acting from Mason Gross School of the Arts at Rutgers University. Her solo show In the Gray was featured in the 2019 African Global Migration Symposium and the 2017 United Solo Theatre Festival. Her play Mourning Sun featured in the 2016 Kampala International Theatre Festival in Uganda and had its 2015 world premiere at Theatre 167 in NYC. Antu’s two-woman play The Firsts, premiered in Project Y Theatre’s 2013 New York New Playwrights Festival.  Her work has been read in the NowAfrica Playwrights Festival at Tisch-NYU, NY Madness, Crossroads Theatre’s CommonGround Festival, CoLAB Arts theOrphanage series and Project Y Theatre’s Racey PlaysSeries.   As an actor, she was last seen onstage in The Sheen Center's production of The American Slavery Project's The Haunted Files. Other theater credits include Risen from the Dough (Sam French OOB Short Play Festival-Winner) Mourning Sun (KITF and Theatre 167), In the Continuum original national tour (Primary Stages), The Assignment (Luna Stage), Stepping out of the River at Dawn, Pilgrims Musa and Sheri in the New World and A Jew on Ethiopia Street(Mixed Blood Theatre), Holiday Jubilee (Crossroads Theatre), Crowns (The Theater Project), The House That Crack Built (Pillsbury House Theatre) and No Longer at Ease (Pangea World Theater). Her film & television credits include Daredevil, Night Comes On, Gypsy, Law & Order: SVU, Conjure, Signs of Aging, and Walking in Circles. She is the recipient of The Playwriting Collective’s 2018 Ball Grant. She teaches Acting at Baruch College and Rutgers University. www.antuyacob.com

RUTH ZAMOYTA started writing plays in 2016. In 2018 she received a NJ State Arts Council fellowship, and her plays The Caregivers and The Fencers were semifinalists for Bay Area Playwrights Festival. Ruth has participated in the NJ Women Playwrights program at Writers Theatre of NJ and the INKubator program at Art House Productions. Her plays have had readings at Art House Productions, Luna Stage Company, and Dreamcatcher Rep. She is a published poet and novelist, and holds degrees from St. John’s, NYU, & Columbia University.