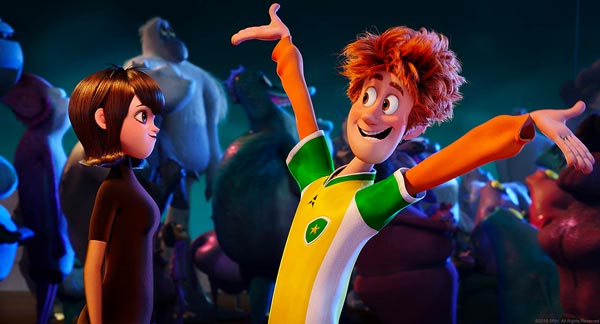 (BOUND BROOK, NJ) -- The lineup for the 2019 “Movies-in-the-Park” series presented by Bound Brook Revitalization Partnership has been announced. The series shows a family-oriented feature film each Wednesday night from July 10 to August 28 on the lawn at Billian Legion Park in downtown Bound Brook, with screenings starting at dusk. Attendees are welcome to bring their own blanket or chair and purchase snacks from local food vendors. The schedule of screenings is as follows:

The series receives grant support from the Billian Family Charitable Foundation of Atlanta, Georgia, and there is no charge to attend.

Billian Legion Park honors the memory of Bound Brook civic benefactor Douglas Billian and includes a sports field, playground, gazebo and walking paths with benches. With his brother, Robert Billian, and American Legion Giles-Biondi Post #63, Douglas Billian enthusiastically conceived and co-founded Billian Legion Park as a gift to the Bound Brook community and a place to gather, enjoy the outdoors, movies, concerts and other cultural events such as the annual Battle of Bound Brook re-enactment each April.

“During the planning of the park, my husband Douglas and his brother, Robert, spoke of all the things they hoped would take place in the park, and movies were among those,” said Louise Billian, chairman of the Billian Family Charitable Foundation.

Billian Legion Park is one of four public parks in Bound Brook with athletic and event hosting facilities, noted Lawrence McCullough, BBRP downtown manager. “A well-designed park network is an essential component of any city’s infrastructure and can boost nearby residential property values by as much as 15%,” he said. “Billian Legion Park is a particularly versatile civic space, and Bound Brook is very fortunate to have it.”