Makin Waves Record of the Week: "Coming Home" By The New Black 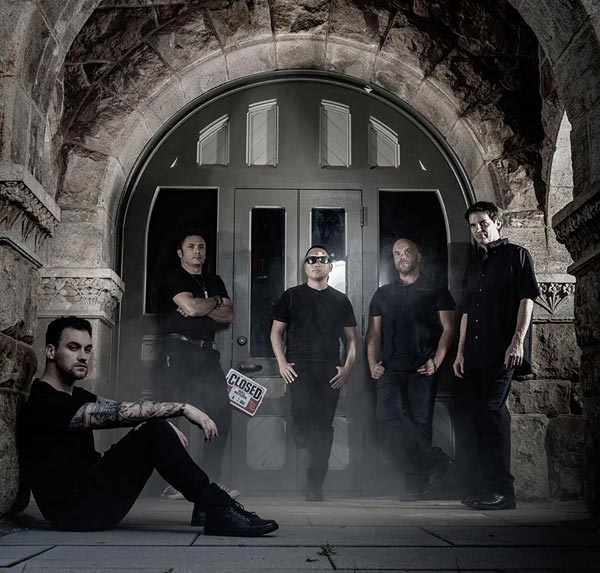 The New Black’s LP, Coming Home, is as inspiring as guitarist Gabriel Hurley’s tale of perseverance and passion.

The New Black were emerging as a national act from Middlesex County when a 2009 car accident left guitarist Gabriel Hurley blind. But you never would know that from his playing on the triumphant new album, Coming Home, the closing title track of which is a gorgeous acoustic guitar duet between Hurley and Daniel Downing within an otherwise painful look at the depression and loneliness left by a dearly departed loved one.

Throughout Coming Home, The New Black remind me of the melodic, harmonic, emotional mix of hard rock and progressive rock that both Incubus and LINKIN PARK made minus, their scratching and rapping. This particularly is the case with the opening “Never,” the “beautiful catastrophe” of “Permanent Ink” and “This Divide.”

Stand out tracks include the single and Makin Waves Song of the Week “Change the World,” a socially conscious anthem about rising above fear and hate to change the world through the strength and unity of community by opening hearts, souls, eyes and minds to truth one person at a time. I also really love the grungy self-deprecation of “Figure It Out,” especially the chorus: “I know I know I know there must be something wrong with you because you’re in love with me.

The grunge ‘n’ groove of “Scream at the Sun” recalls both Soundgarden and Faith Mo More in a tune about a troubled suicide survivor still teetering on the edge of a life expressed in the futility of the title. Balancing that emotion is the funky club crawl 4 AM,” which is a hoot, especially the line, “I always seem to find my way back home even though last night I took too many shots of Petron.” I also love this track’s keyboard nuances that sound like vibes.

The 11-song collection also includes “Better Days,” a slow-burning scorcher that deals with the pain of catastrophe; “Inside the Fire,” a fiery, fuzzy, buzzing beat down on the passions that make any relationship complex, and “Our Lives,” a pretty keyboard-driven power ballad about the charades and other games that lovers play.

You can hear Coming Home live, along with songs from two EPs released since 2008, when The New Black perform  May 11 at The Bitter End, New York City; May 18, Jersey Shore Music Festival, Seaside Heights; May 25, Crossroads, Garwood, and June 8, The Stone Pony, Asbury Park.