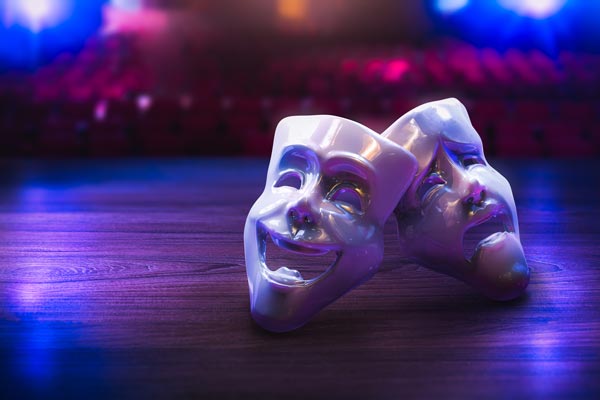 This year, The Drama League and Dallas Theater Center have initiated the new Public Works Fellowship, which will place the 2019 recipient, Gabriel Torres, as the Associate Director of the large-scale, community-wide production of As You Like It there next August. “Community-based work is one of the greatest developments of the last decade, and we are overjoyed to join Dallas Public Works in training directors for the future of deep, resonant community engagement in this field,” noted Mr. Stelian-Shanks.

The Drama League Fellowships are made possible thanks to the generosity of our current supporters: Howard Gilman Foundation, The Hyde and Watson Foundation, The Shubert Foundation, and The Leo Shull Foundation for the Arts. Special thanks to the Harold and Mimi Steinberg Charitable Trust for supporting the Drama League. Drama League programs are supported, in part, by public funds from the New York City Department of Cultural Affairs in partnership with the City Council, the National Endowment for the Arts, and the New York State Council on the Arts, with the support of Governor Andrew Cuomo and the New York State Legislature.

The Drama League Directors Project, has become the preeminent development program for theatre directors, providing them with career-changing experiences in the professional theatre. Its 350-plus alumni can be found working in all aspects of the entertainment profession: on and off Broadway, at regional theatres companies, in film and television, and as artistic leaders at 60 regional theatres across the country. Many are producers, writers, agents, administrators, and educators at some of the finest professional training programs. ‘Drama League Directors’ have been honored the Tony, Emmy, Obie, Drama Desk, Princess Grace, Bessie, Drama-Logue, Barrymore, and Jefferson Awards.

The Drama League advances the American theater by providing a life-long artistic home for directors and a platform for dialogue with, and between, audiences. Founded in 1916, it is one of the nation’s oldest continuously-operating, not-for-profit arts advocacy and education organizations. Through its programs, initiatives and events, The Drama League serves over 3,000 artists and 15,000 audience members each season.

An immersion for four directors in directing opportunities in the professional theatre, both regionally and in New York City, culminating in a fully-produced production in Drama League DirectorFest, January 2020.

NJ Agwuna is a theatre and film director. She has worked on a national and international scale exploring classic text, developing new plays, devising, and investigating new ways to explore trauma and mental illness through theatre. Some of NJ’s credits include immersive work with Third Rail Projects and Punchdrunk, Harold Pinter’s One for the Road as part of the Segal Center’s Re-Reading Oppression, Julius Caesar, Theatreworks USA’s Freedom Train (National Tour), Endangered: the Eco Musical (AD), and What She Found (Best Drama, FRIGID). She is currently developing a new rock musical, Only Human, and is a teaching artist with Tectonic. M.F.A. Directing, Columbia University; SDC Associate Member. www.njagwuna.com

Chika Ike is a Chicago-based director. Recent productions include the world premieres of A Swell in the Ground and Franklinland, as well as In the Blood, No Child, Dontrell Who Kissed the Sea, and Don’t Smoke in Bed. Additionally, she has worked with The Public Theatre, Berkeley Repertory Theatre, Victory Gardens, About Face Theatre Company, and Chicago Dramatists. Other fellowships include the SDCF Gielgud Directing Fellowship, the Bret C. Harte Directing Fellowship, and Victory Gardens Directors Initiative. She is a proud ensemble member with the Gift Theatre Company, where she is also the Director of the 4802 Residency Program.

Rebecca Marzalek-Kelly is a Brooklyn-based director and choreographer. Her work has been seen at BAM Fisher, The Public Theater, PS122, BRIC House, The Bushwick Starr, and Terminal 5. She has directed multiple productions with the experimental company Fovea Floods. Directing highlights include Fasten and The Turn of the Screw. She assistant directed with LAByrinth Theater while in residence at The Public Theater. Recently a guest artist at Skidmore College, she directed Who Will Carry the Word and Let the Right One In. Through TCG and the Andrew W. Mellon Foundation, she’s a three-time Leadership U(niversity) Serving the Field grant recipient. Her training includes Williamstown Theatre Festival, SITI Company Summer Intensive, SDC Foundation Observership Class, and Skidmore College. Member of Lincoln Center Theater Directors Lab.

A practicum in artistic leadership of a regional theatre, where fellows lead a resident acting company in programming, directing, and producing the second stage season, The Wedge, at the Hangar Theater in Ithaca, NY.

Sharifa Elkady is a trans Egyptian-American director from Charleston SC. She is the artistic director and founder of Sojourner Stage Theatre Company as well as a 2018-2019 Directing Apprentice at Actors Theatre of Louisville. Directing Credits include 3:59AM: A Drag Race for Two Actors by Marco Ramirez, In The Blood by Suzan-Lori Parks, for colored girls… by Ntozake Shange, Fugue in a Nursery by Harvey Fierstein, Next Fall by Geoffrey Nauffts, Harriet Tubman Visits a Therapist by Carolyn Gage, The Vagina Monologues by Eve Ensler, and Same Time Same Place by Tasha Gordon-Solmon. Recent assistant directing credits include Pipeline (Steve H. Broadnax III), A Doll’s House Part 2 (Pirronne Yousefzadeh), The Corpse Watcher (Mark Brokaw), The Santaland Diaries (Meredith McDonough), Dracula (Drew Fracher) and The Royale (Sharon Graci). She has also completed internships at Weston Playhouse in Weston, Vermont and Theater J in Washington, D.C. Elkady graduated cum laude from Winthrop University with a B.A. in theatre performance and a minor in sociology.

Ismael Lara, Jr. is a Latinx director from Southeast Texas. He champions work that aids the fight against injustice and creates a bridge between underrepresented communities and the theatrical institution. Selected directing credits: And All the Dead Lie Down by Harrison David Rivers (Convergence-Continuum, workshop), Aunt Leaf (Cleveland Play House), The Mint Play (Cleveland Public Theatre). Selected Assistant credits: Guards at the Taj, Miss Bennet: Christmas at Pemberley, Junk, The Chinese Lady (Milwaukee Repertory Theater), The Family Claxon (Cleveland Public Theatre, World Premiere). He has worked with San Francisco Shakespeare, Faultline Theater, TASC CLE, Ensemble Theatre, French Creek and Playwrights Local. Ismael is part of the 18/19 SDC Observership Class and will be attending Northwestern to receive his MFA in Directing beginning next fall.

Sophia Watt is the associate director at Rec Room Arts and a freelance director in Houston, Texas. Directing credits include: The Effect (MATCH), Oleanna, The Visit and Creatures of Habit(The Landing Theatre Company), Hedda Gabler (part of Rec Room’s artist residency), Three Sisters(University of Houston). She has assistant directed for Theresa Rebeck at the Alley Theatre, and James Bohnen and Bill Brown at the University of Houston. She is an artistic associate with Titan Theatre Company and an alumni of a Barn Arts Residency, the Lincoln Center Director’s Lab and SDCF observership class 2016-2018. BFA: The Hartt School. MFA: University of Houston. www.sophiawatt.com

CLASSICAL FELLOWSHIPS FOR DIRECTORS OF COLOR

A summer residency at three of America’s leading theatrical homes for classical work, assisting on mainstage productions and directing in their educational and touring programs.

Raz Golden is an East Coast-based stage director of new plays and classics. Recent directing credits include regional work in the Williamstown Theatre Festival Directing Studio: East of the Sun, In The Same Space, If You Want My Heart (Come and Take It), and in Pittsburgh; Guts: A New Musical (Turnaround Theatre Co.), and The Last Days of Judas Iscariot (Scotch’n’Soda Theatre). Assistant directing credits include: Long Lost at Manhattan Theatre Club (dir. Daniel Sullivan), Emma and Max (dir. Todd Solondz), Dangerous House (dir. Saheem Ali), and Crowns (dir. Regina Taylor). He is a member of the 2018 Williamstown Directing Corps, a Jonathan Alper Directing Fellow, and an alumnus of the McCarter Theatre Directing internship and City Theatre Directing Observership. BA: Carnegie Mellon University.

Tai Thompson is a New York city based multidisciplinary artist. Tai has assisted on large-scale productions throughout the US including Amparo, an immersive walk through Cuba's revolutionary war, 3/Fifths, a macabre carnival and cabaret set in SupremacyLand and the site-specific history series set in historic motels across Miami, Miami Motel Stories: Little Havana and Miami Motel Stories: MiMo. She wrote and directed the comedic one-woman play Not Quite Ripe and is currently writing Lucky, which focuses on what it really means to love and how one family's inability to successfully share it affects their community. She is a 2018 SDCF Observer assisting Timothy Douglas on The Color Purple at Portland Center Stage. She was also a 2018 inaugural NAMT Observer assisting Stephen Brackett on the new musical A.D. 16. Upcoming projects; Miami Motel Stories: North Beach in spring 2019 and SHE: a choreoplay set for production summer 2019.

Named in honor of the late theatrical impresario and publisher/editor of Show Business Weekly, an immersion in the art and craft of developing and directing new works for the musical theatre, followed by a full production of a one-act musical during DirectorFest, January 2020.

Placed as the associate director on a large-scale community-based original musical, the Fellowship is in residence at Dallas Theater Center as part of the creative team of Dallas Public Works.

Gabriel Torres is a multidisciplinary artist from Colombia. Recent Directing Credits: The Bearded Woman by Jei Osorio, The Tank (Assistant Dir); La Pola by Oscar Cabreira, Serials, The Flea Theater; (Artistic Director Assistant) LES Festival For the Arts, Theater for The New City, 2018. Teaching Artist: Cue Drama, Hong Kong, 2018-2019, Jamaica Center for The Arts, 2018. He is a candidate at The New School for a Dual Master/Bachelors Degree in Media Studies and Liberal Social Sciences, and a student at Riggio's Honors Democracy and Writing Program. www.gabrielgtorres.com

The 2019 Fellows join the previously-announced 2019 Drama League Directors in Residence, who began developing new plays and musicals at The Drama League Theater Center in Tribeca last February. The resident artists for 2019 are:

2019 NEXT STAGE DIRECTORS IN RESIDENCE