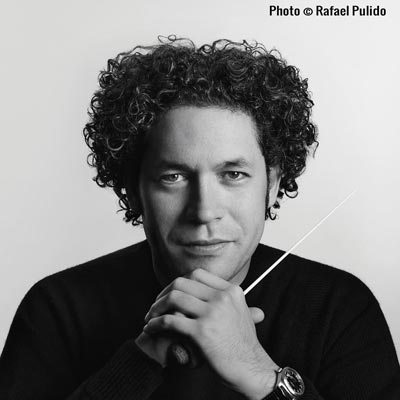 (PRINCETON, NJ) -- Gustavo Dudamel, one of the world’s most famous conductors, is ending his season-long residency at Princeton University—and on April 28, more than 300 children from cities across New Jersey and beyond will converge on campus to give him a big musical “goodbye and thank you!”

The children are students in intensive ensemble music learning programs known as “El Sistema-inspired,” after a model launched decades ago in Venezuela; Dudamel himself is a product of one such program. At the April gathering, an all-day seminario, students from 10 programs across the region will celebrate the power of musical ensemble by rehearsing, singing, drumming, and folk dancing together. The day will culminate with a joint concert at Richardson Auditorium in Alexander Hall at 3:00pm.

El Sistema-inspired music education now reaches almost a million children in 65 countries across the world, with 130 programs launched in the US in the past decade.

Tricia Tunstall, a New Jersey music educator and the author of two books about the El Sistema movement, Changing Lives and Playing for Their Lives, says: “El Sistema music learning is all about inclusion, teamwork and joy. The idea is that making music together, intensively and collaboratively, can empower children and youth to make positive choices in their lives. And there’s growing evidence to show that it works!”