(ASBURY PARK, NJ) -- The 17th Annual Garden State Film Festival (GSFF) will kick off this year’s screenings of over 240 independent films from around the globe with The Bird Catcher on Friday evening, March 29 at 8:30pm at the iconic Paramount Theater in Asbury Park.

﻿Inspired by true events and filmed on location against the backdrop of Norway's spectacular scenery, this feature film is a stunning and captivating story about survival of the spirit in the face of adversity. Set in Trondheim, Norway in 1942, The Bird Catcher follows a 15-year-old Jewish girl named Esther (played with breathtaking brilliance by Sarah-Sofie Boussnina), who finds herself trapped and alone on a Nazi-occupied farm after attempting to flee the round-up of Jews. She is forced to conceal her identity, which in turn leads to a series of choices and consequences that shift the paths of those around her. The film uncovers a hidden slice of history that grips the heart and inspires us all at the deepest level. The Bird Catcher reminds us that even in the darkest of circumstances, kindness still exists, and that good often can, and does, triumph over evil.

Edison, New Jersey native Lisa G. Black, is one of the film's Producers and is thrilled to be traveling to Asbury to open the Festival, “On behalf of everyone, we are truly honored to be selected as the opening night film. These kinds of stories, perseverance in face of adversity coupled with tolerance and understanding, now and forever need to be told. NJ born and raised, I’m thrilled to be able to screen our film at a festival which truly supports independent filmmakers/ producers like Garden State FF. “

The film was developed under Ms. Black’s shingle Garnet Girl, a company known for award-wining international co-productions and artist management. In addition to Ms. Black, much of the film's international cast and crew will be in attendance at the Gala and available for a Q&A following the screening.

Prior to the first screening, GSFF will launch its FIVE-DAY festivities with an elegant star-studded Red-Carpet Gala Networking Event and Cocktail Party, to be held Friday evening, March 29th, 7:00-8:15 p.m.at Asbury’s majestic Convention Hall. Attendees will have an opportunity to mingle with organizers, filmmakers and celebrities, while celebrating the Festival’s 17th year. 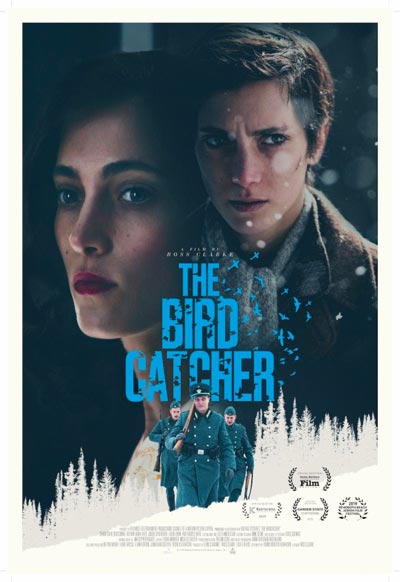 The Garden State Film Festival's world-renowned celebration of independent film is scheduled for March 27-31, 2019 in Asbury Park. The festival celebrates the best in international and local cinema and will feature exciting networking opportunities, instructive hands-on workshops, an open talent casting call, screenplay competition winner reading, intriguing and informative panel discussions, and entertaining and fun parties – all in addition to the over  fabulous films from  countries scheduled throughout the Festival. GSFF was named winner of the 2019 Spinnaker Arts & Culture Award and the 2017 Global Excellence Awards 'Best Independent Film Festival – East Coast’ by TMT News.

The Festival’s events are listed along with the complete film screening schedule on the Festival website.

Now in its 17th year, the Garden State Film Festival, is New Jersey's premier independent film festival® and was founded to promote the art of filmmaking on all levels by showcasing a wide variety of film, video and animated works, as well as provide educational programs in the creative arts to the public by industry leaders.

Each year, GSFF attracts record crowds and many big names within the industry, including the festival's biggest supporter, Ed Asner, hundreds of industry professionals, actors, producers, financiers, sponsors, fans as well as an active global community of filmmakers, producers, composers and actors. In 2018, the festival featured 240 films from around the world, an open talent casting call, panel discussions, and opening and closing ceremonies with multiple appearances by celebrities and honorees.