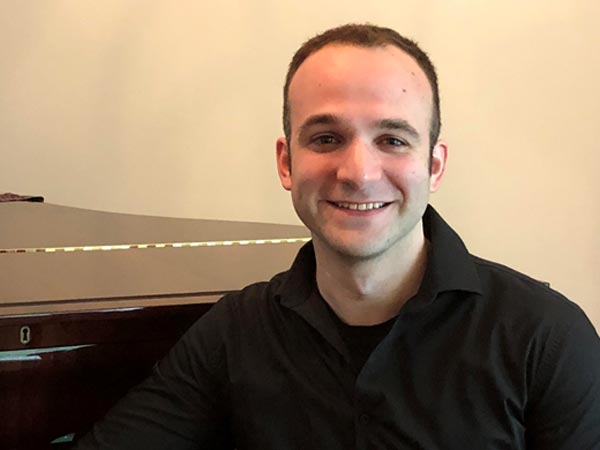 (BERKELEY HEIGHTS) -- Wharton Institute for the Performing Arts (WIPA) continues its Salon Series with a performance by pianist Benjamin Michael on Thursday, February 7 at 7:30pm at 60 Locust Avenue in Berkeley Heights. This intimate, pre-Valentine’s concert will feature selections by Debussy, Ravel, Granados, and Liszt. Wine and cheese will be served. Tickets are $12 for adults, $6 for seniors, and free for Wharton Institute for the Performing Arts students. Tickets are available at the door or by calling 908-790-0700.

A native of New Jersey, Benjamin Michael performed his first solo recital at the age of eleven. In subsequent years, he performed extensively in Massachusetts, Connecticut, and New Jersey. He has been a featured guest in the Skaneatles Music Festival and the Classic Chamber Concerts series in Naples, Florida. Other performances include solo recitals at the Centre for Visual and Performing Arts in Newnan, Georgia and the Texas State International Piano Festival in San Marcos, Texas. Michael was the recipient of scholarships to attend the Banff Centre in Alberta, Canada and PianoFest in the Hamptons, where he performed in master classes as well as in public concerts. In addition to solo recitals, Michael also enjoys collaborating with other musicians. He has performed with the Contemporary Music Ensemble of Northwestern University and has participated in ChamberFest! at the Juilliard School. Michael participated in the Gluck Community Service Fellowship Program, where he performed at healthcare institutions throughout New York City. He graduated with a Bachelor of Music degree from the Juilliard School and a Master of Music degree from Northwestern University. Michael is a faculty member at the Wharton Institute for the Performing Arts’ Performing Arts School in Berkeley Heights, New Jersey.