It's "Apple Season" at NJ Rep 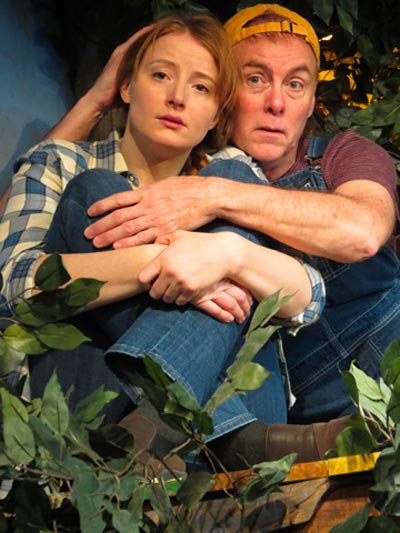 Every family has stories. Some are funny. Some are sweet. Some are sad. And some are never shared.

Those are often the most powerful.

“Apple Season” – a world premiere that opens at New Jersey Repertory Company in Long Branch on Thursday, January 10 and continues through February 10 – has that clandestine kind of story at its heart. The show is a National New Play Network (NNPN) Rolling World Premiere, meaning it will be produced in three theatres in three cities during a 12-month period. This fits perfectly into NJRep’s mission, part of which is “to develop and produce new plays and to make a lasting contribution to the American stage.”

Written by E. M. Lewis, “Apple Season” shows a sliver of the lives of three people who reunite for a funeral at a family farm, and how they struggle with their grief and memories. It started out as a 10-minute narrative, Lewis explained, but grew from there.

“I began with just two characters and the mention of another,” said Lewis, “but I couldn’t let the story go. I wanted to know more about what happened to these people.”

Although the play is not biographical, it is firmly rooted in a place Lewis knows well – a farm in Oregon’s Willamette Valley – and in real people and circumstances.

“I grew up on a small farm in Oregon – fourth generation,” she said, “and the world of ‘Apple Season’ is that world.”

More than just a physical setting, the location is also an integral part of the story.

“It’s harvest time, with all its sweetness and wistfulness, and it’s also a time when things are dying down,” Lewis said. 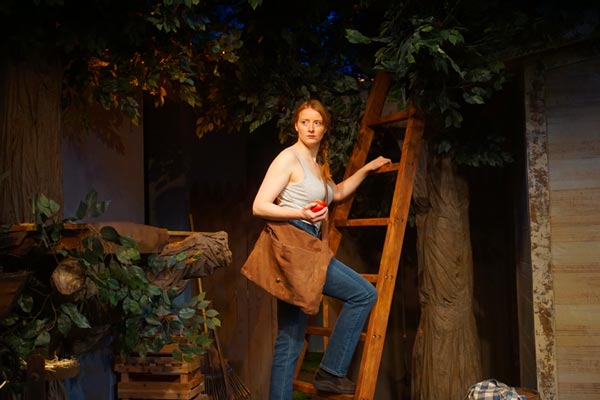 “The play takes place entirely in nature, in an apple orchard behind the farmhouse,” she continued. “It never goes inside.”

And that’s no coincidence.

“There are things inside that you can’t open the door to,” Lewis said. “It goes along with the family secrets.”

And while the characters are mostly fictional, they also come from Lewis’ life.

“I had glimpses of recognition of people I know and situations they had to deal with as I was writing the play.”

Zoya Kachadurian, who is directing the play for NJRep, agrees with Lewis about the significance of a place that feels real.

“The play is very rich in the detail of farm life in Oregon,” Kachadurian said, “and speaks to a particular philosophy and way of living.”

It is also a compelling study of human nature, and the situations that occur when these characters come together are very relatable. 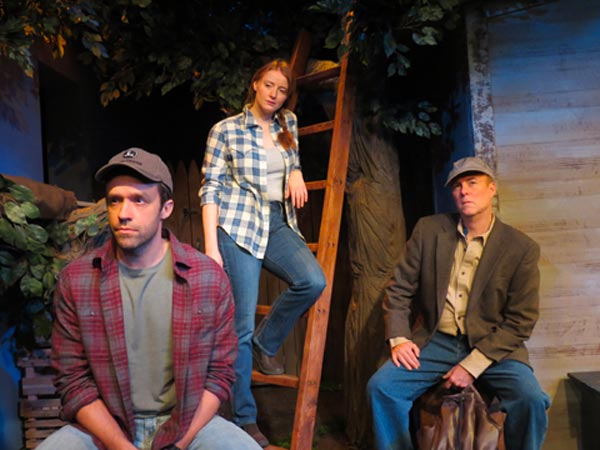 Lewis noted that the play is an exploration of two major themes – the power of letting go of secrets and the power of truth-telling.

Kachadurian delved slightly deeper: “It’s about the ripple,” she said, “when a single event happens, and we fail to understand the far-reaching and long-lasting effects.”

“When someone tamps down an emotion or an event, it can close them off. It can affect how they approach things throughout their lives.”

“We feel blessed to have such wonderful actors,” she said. “They are smart, talented, collaborative, and caring toward one another and the crew.”

“That is the beauty of working with people who are confident and able to contribute their thoughts and ideas.”

When she lived in New Jersey, Lewis knew of NJRep but never worked with the company. Since then, she’s returned to the Pacific Northwest and to her family’s farm. Then, two years ago, “Apple Season” was accepted by NJRep. And, although her participation has been largely long-distance, she feels connected to the show. 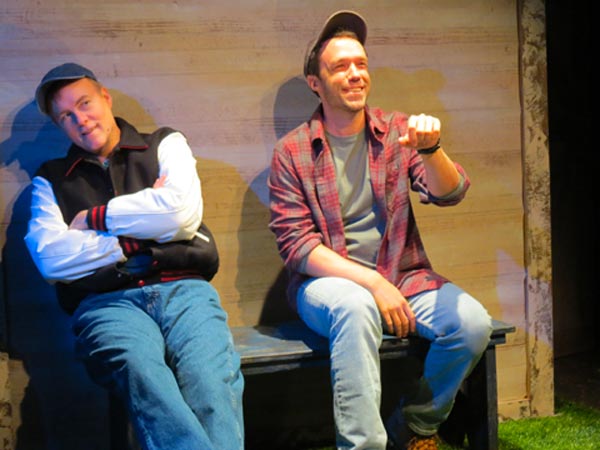 Lewis was brought to New Jersey for the first week of rehearsals and is very excited to return for the previews and opening weekend.

“It’s very hard to be away from your baby,” she said.

Interestingly, there are aspects of the “Apple Season” story that resonate even more strongly now than they did when Lewis wrote the play.

“In addition to being about letting out the truth, the play is also about a woman being brave,” Lewis said. “And even though a story about having the courage and facing your past is not a new one, it seems especially fitting now.”

“Art often sounds off in front of what’s going on in the world.”