WSOU Donates More Than 900 Pounds of Food To Local Foodbank 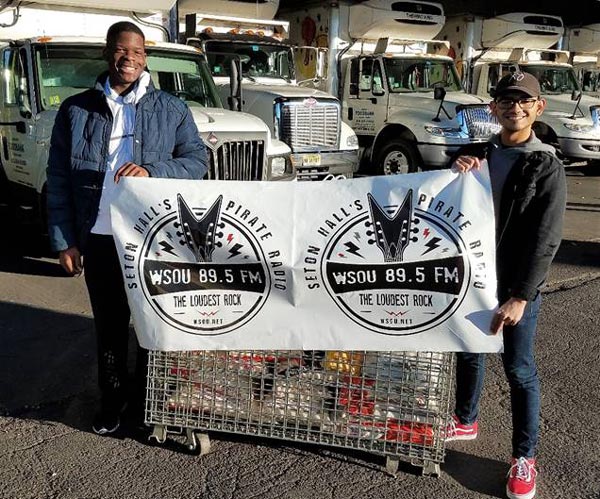 (SOUTH ORANGE, NJ) -- WSOU 89.5 FM, the student-run radio station at Seton Hall University, collected more than 900 pounds of food for the Community Food Bank of New Jersey through WSOU’s yearly food drive.  The amount sets a new record for food collected by the station.  Weighing in at 908 pounds, the donations far surpassed the old record of 640 pounds set in 2016. The goal for 2018 was to collect at least 895 pounds of food.

This is fifth year of WSOU’s involvement with “Students Change Hunger” and the food drive is one of several community service projects the station organizes each year.  Students chose to do a food drive because of the immense need in the market the station serves. Many people within WSOU’s coverage area are impacted by not having enough to eat.  In New Jersey alone, nearly one million people require food assistance, including 270,000 children.

“We set an ambitious goal this year of 895 pounds of food because we are found at 89.5 on the FM dial,” said WSOU Staff Representative Jose Feliciano, who led this year’s food drive. “This is one of the ways WSOU gives back to community. At Seton Hall we learn that broadcasting isn’t just about entertainment, it is also about partnering with others to make a difference within your listening area.  It’s a great feeling to know that we are helping to improve people’s lives.”

General manager Mark Maben noted that WSOU’s annual effort is a little different than a typical commercial radio station food drive.  “Rather than collect food or monetary donations directly from listeners, which is a more complicated task for a noncommercial student-run station, WSOU’s donations come directly from students at WSOU and Seton Hall,” said Maben. “What’s inspiring is that some of these students struggle to make ends meet, yet they are all in to give what they can to support the Community Food Bank of New Jersey.”

Feliciano, a junior majoring in Broadcasting, is already setting his sights on 2019.  “I’m proud that we set a new record of 908 pounds for WSOU’s annual food drive, but I hope that next year we’ll collect even more than we did in 2018,” he said.

WSOU 89.5 FM, which began broadcasting in 1948, is the student-run radio station of Seton Hall University.  Celebrated for its loud rock format and coverage of Seton Hall athletics, WSOU’s signal reaches all five boroughs of New York City, much of northern and central New Jersey, and is available on iHeartRadio. WSOU was the 2016 winner of the National Broadcasters Association’s Marconi Award for Noncommercial Station of the Year.  More information about the station can be found online at www.wsou.net, www.facebook.com/WSOUFM, and https://tinyurl.com/y86d6yhe. WSOU is part of the College of Communication and the Arts at Seton Hall University. 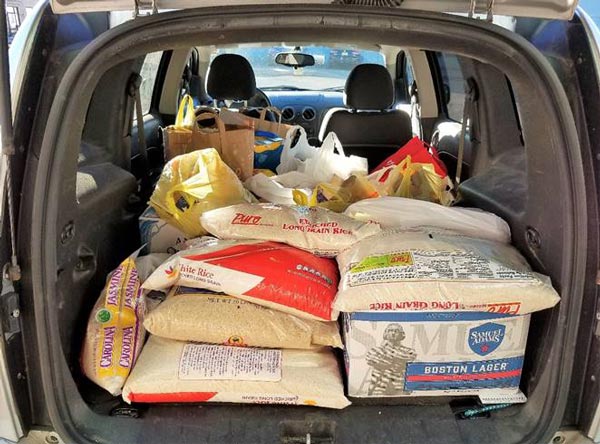 (BOTTOM) One of the car loads of food donations WSOU secured for the Community Foodbank of New Jersey.