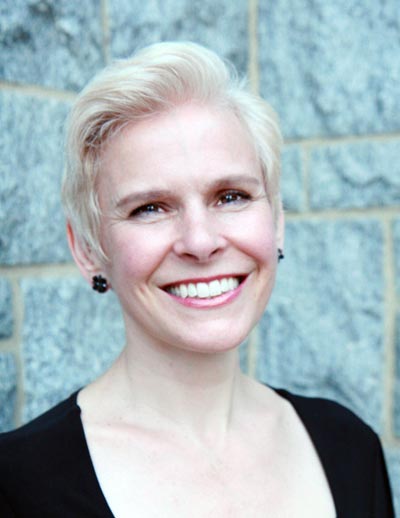 “I am very excited to welcome Nell to the Princeton Symphony Orchestra,” Mr. Milanov said. “Her vitality, passion for music, and ability to connect with our audiences is invaluable!”

Conductor Nell Flanders has led performances with the Buffalo Philharmonic Orchestra, the Chelsea Symphony, Mannes Orchestra, Peabody Symphony Orchestra, and the Riverside Orchestra, among others. During 2016-17 she served as cover conductor with the Peabody Opera Theater, a role she also filled with the Buffalo Philharmonic for part of their 2014-15 season. Deeply committed to educating the next generation of musicians and music lovers, Ms. Flanders leads the SymphonyOrchestra at the Manhattan School of Music Precollege Division, and has previously taught at the University of Maryland, University of Chicago, Vandercook College of Music, and elsewhere. A graduate of the Oberlin Conservatory with a Bachelor of Music degree in violin performance and a minor in piano performance, Ms. Flanders received a Master of Music degree in orchestral conducting from the Mannes School of Music and is currently pursuing a doctoral degree in orchestral conducting with Marin Alsop at the Peabody Conservatory.

Patrons will meet this newest member of the PSO when she hosts the pre-concert talk preceding the Orchestra’s upcoming Beethoven Piano Concertos concerts October 27 and 28 featuring pianist Inon Barnatan and conductor Marcelo Lehninger. Tickets for these concerts and more are available via the PSO’s website.

The Princeton Symphony Orchestra (PSO) is a cultural centerpiece of the Princeton community and one of New Jersey’s finest music organizations, a position established through performances of beloved masterworks, innovative music by living composers, and an extensive network of educational programs offered to area students free of charge. Led by Music Director Rossen Milanov, the PSO presents orchestral, pops, and chamber music programs of the highest artistic quality, supported by lectures and related events that supplement the concert experience. Through PSO BRAVO!, the orchestra produces wide-reaching and impactful education programs in partnership with local schools and arts organizations that culminate in students attending a live orchestral performance. The PSO receives considerable support from the Princeton community and the New Jersey State Council on the Arts, regularly garnering NJSCA’s highest honor. Recognition of engaging residencies and concerts has come from the National Endowment for the Arts, and the PSO’s commitment to new music has been acknowledged with an ASCAP Award for Adventurous Programming and a Copland Fund Award. The only independent, professional orchestra to make its home in Princeton, the PSO performs at historic Richardson Auditorium on the campus of Princeton University.