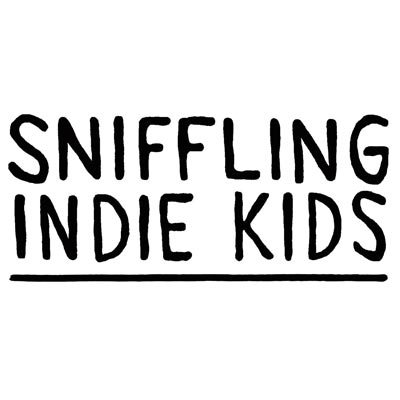 Sniffling Indie Kids is one of five New Jersey-based indie labels that have organized the third annual North Jersey Indie Rock Festival on Oct. 6 at White Eagle Hall and FM Bar in Jersey City. Their acts will include LKFFCT, Tru, The Vaughns, and Professor Caveman. The other labels are Mint 400, Rhyme & Reason, Little Dickman and State Champion. Also featured this week are LKFFCT, Tru, The Beagles and Tigerman.

North Jersey-based Sniffling Indie Kids have released some tasty records in the last few months, including LKFFCT, Tru, and Professor Caveman (see Record of the Week), all of whom are playing the label’s third annual co-promotion, North Jersey Indie Rock Festival, on Oct. 6 at White Eagle Hall and FM Bar in Jersey City. SIK’s The Vaughns also are playing and gearing up for a new release.

Montclair-based LKFFCT’s latest, “Cayenne,” is a hot four-songer that marks their sixth release since 2012. The EP follows three LPs on SIK in as many years. I especially love the noisy AC/DC-like fun of “Big Boppin’ Daddy,” which gives Brian Legentil, the New Jersey music scene’s most animated bassist, plenty of room to romp around, as will the big stage at White Eagle Hall. By the way, the band’s name is pronounced Lake Effect, the title of their self-produced/released 2012 debut LP.

Also at the festival will be Tru, who also are based in Montclair and a side project for LKFFCT guitarist Keith Williams. Their second EP, “Growing Pains,” dropped in June on SIK and features the deliciously dichotomous title track about balancing glorious dreams with the real life monotony of work and paying bills. The blend of pretty Beach Boys-like harmonies with dissonant guitars is a power-poppin’, indie-rockin’ treat.Other new Sniffling Indie Kids releases include punk-folkster John Cozz’s “Look It’s a Guy with an Acoustic Guitar” and alt-country rockers C.R. & the Degenerates’ “Coming of Age.” Neither will be at North Jersey Indie Rock Festival, but both definitely are worth checking out. The award-winning “The Eleventh Hour,”  the New Brunswick-originated musical about the basement scene in the throes of the apocalypse, returns to New York City this weekend with a run from Sept. 21 to Nov. 16 at Town Stages. In honor of the music scene on which it is based, the show will feature New Jersey bands as opening acts. The schedule will include Dumpweed, Sept. 21; RGD, Sept. 22; Kevin Seamon, Sept. 27; composer David Seamon, Sept. 28; Lowlight, Oct. 5; Mutual Interest, Oct. 11; Melatonin Dreams, Oct. 12; Foxanne, Oct. 18; Zero for Conduct, Oct. 19; Jeremy Bass, Oct. 25; Electric Sensei, Nov. 8; Bryan Hansen Band, Nov. 9; Bobby Mahoney, Nov. 15, and Chris Neptune, Nov. 16.

At the 2018 Winterfest Theater Festival NYC, “The Eleventh Hour” won Best Play or Musical, Best Music Score, Best Creative Play or Musical, Best Lighting Design, Best Choreography, Best Singer, and Best Director. Composed by New Brunswick native Seamon originally as a 15-minute skit in coLAB Arts’ annual “48 Hour Musicals” series and then expanded to a full production, “The Eleventh Hour” features a cast that includes Jersey native Christopher Pasi, who, like Seamon, is a Rutgers grad. Pasi also is a screen talent on either side of the camera.

Asbury Park-based Telegraph Hill recording act The Foes of Fern have dropped a video for the single “Bike Song” from a forthcoming LP. The clip was directed and edited by Andrea Morgan, also a drummer, who, like vocalist-guitarist Anthony “Fern” Fernicola, attended Berklee College of Music in Boston. Captured largely on the Asbury boardwalk and beach, the madcap clip focuses on a woman played by Ava Serene Portman who’s in love with her bicycle. A who’s who of the local music scene makes cameos, including Natalie Farrell, Renee Maskin of Lowlight, and Brian Erickson of The Paper Jets. The busy Fern will play Asbury Underground on Oct. 13. He’ll also play The Saint in Asbury with Avery Mandeville & the Man Devils on Sept. 21 and The Burns on Oct. 8. The Burns also will play Convention Hell in on Oct. 27 in Convention Hall.

Princeton-based The Beagles will celebrate the release of their debut album, “Bed of Roses,” on Sept. 20 at Blawenburg Reform Church in the Skillman section of Montgomery. Wine and snacks will be served at the free event, along with the artwork of Renaissance-inspired Jeanne Elodie. Part of the Einstein Alley Musicians Collaborative, the ’60s-inspired pop band also will perform a three-hour, 33-song salute to Motown with a 22-piece ensemble on Sept. 30 at Hinds Plaza in Princeton. Guitarist-vocalist Rob Freeman is serving as music director. The Beagles’ concert schedule also includes Oct. 14 for their fifth annual appearance at Lawrenceville Main Street’s Scarecrows in the Village Festival in Weeden Park. “Bed of Roses” was produced by Lon Van Eaton, who was signed to The Beatles’ Apple Records and worked with George Harrison and Ringo Star on some of their solo records. The Beagles also will promote the LP with a couple of radio appearances from 9 to 11 p.m. Sept. 21 on WTSR 91.3-FM and from 7 to 9 p.m. on Oct. 28 on Danny Coleman's Rock On Radio at www.coaradio.com.

The Kiss-inspired “bizarro” jam band Tigerman, who don cat makeup and costumes, will celebrate the release of their album “Descend into Savagery” on Sept. 22 at Debonair Music Hall, Teaneck, with Fish House Road, The K&M Band, and Jp Jammin. The band formed while students in William Paterson University’s prestigious music program. A Zappa-meets-Primus fusion of jazz, rock and the bizarre, “Savagery” follows an EP and two holiday records. Tigerman also will play Halloween shows Oct. 26 at Krogh’s in Sparta and Oct. 27 at Triumph Brewery in New Hope, which will feature their third annual costume party.

Bob Makin is the reporter for www.MyCentralJersey.com/entertainment and a former managing editor of The Aquarian Weekly, which launched this column in 1988. Contact him at makinwaves64@yahoo.com. And like Makin Waves at www.facebook.com/makinwavescolumn