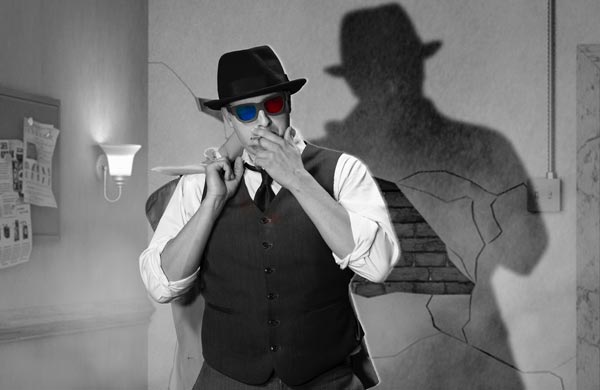 In 2015, Eagle Theatre Artistic Director Ted Wioncek III founded the Innovations Factory, a core of theming artists dedicated to experiential storytelling through medium advancing technology. This collective would grow to include many of the same artists and designers responsible for Eagle Theatre’s special effects featured in their mainstage productions, including; motorized mechanical walls, rotating stages, scent-sensory, walk-through exhibits, and mechanical winches.

Wioncek, a member of the Themed Entertainment Association, states “IFologists work together to form an assembly line of endless possibility.” 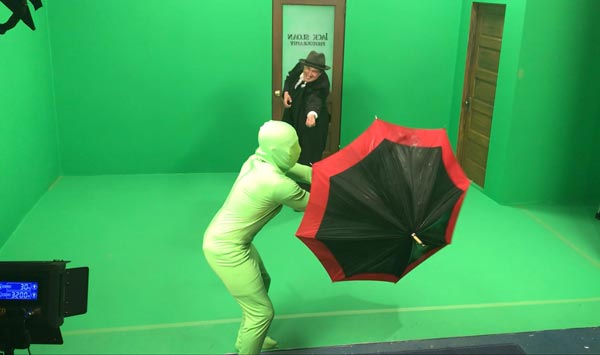 In 2015, Innovations Factory set out to create a film noir satire that would seamlessly blend live-action comedy with three-dimensional cinematography, using theatrical techniques to immerse the audience.

Wioncek states, “Our original truncated “Proof of Concept” version debuted at the 1st Official Jersey Fringe Festival. In a matter of one month we developed a narrative, completed filming, and loaded all the special effects equipment we could fit into the backroom of a local art studio.”

The first incarnation of NOIR: The 3D/4D Semi-Cinematic Satirical Thriller received immediate praise and attention from creatives and critics alike.

“Lines formed outside the venue and wrapped around the block, while additional performance were added. It was clear to see this “Proof of Concept” was proof enough,” states Producing Director, Ed Corsi.

This fall, NOIR: The 3D/4D Semi-Cinematic Satirical Thriller will receive a World-Premiere at Eagle Theatre. The backstage warehouse of the theatre has been transformed into a green screen film set, while interactive special effects have undergone intense research and development. In addition, NOIR: The 3D/4D Semi-Cinematic Satirical Thriller is a one-man show, starring comedic stage veteran, Tim Rinehart. Rinehart startles over ten roles, interacting with himself on-stage and on-screen throughout the entire comedic tour de force. 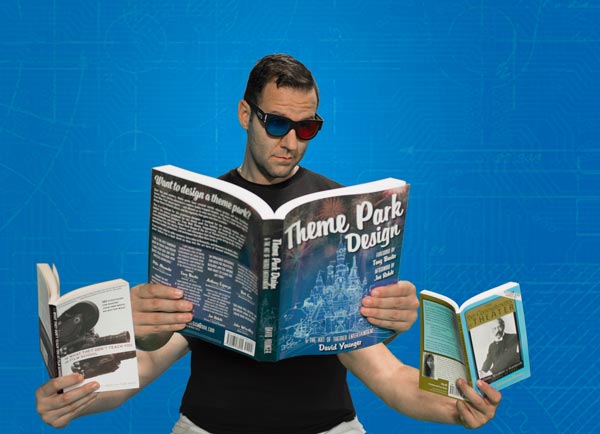 Wioncek concludes, “We’ve put the individual in the center of the action. No longer will you watch entertainment... you’ll live it. Theme Park Theater is for everyone.”

This program is made possible by funds from the New Jersey Department of State, Division of Travel and Tourism and The New Jersey State Council on the Arts.