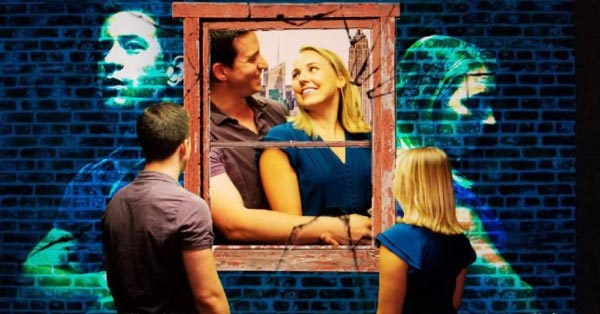 (HAMMONTON, NJ) -- Gorgeous melodies and a tender love story take center stage in Eagle Theatre’s upcoming production of Jason Robert Brown’s The Last Five Years, from June 1 through July 1st, 2018. Winner of the 2002 Drama Desk Award for Outstanding Music and Lyrics, the play tells the story of two individuals who fall in love-and out of it again-over the course of a five year relationship. The production stars Max Meyers and Jenna Pastuszek.

In the play, Jamie, an up-and-coming writer, struggles to balance his sudden success with his increasingly tumultuous love life, while Cathy, an aspiring actress, deals with the frustrations of her own stalled career while watching her husband from the sidelines.

Best known for its catchy melodies, ranging from waltzes to rhythm and blues, The Last 5 Years contains an evocative and unconventional storytelling structure. It consists of Jamie telling his side of the tale in chronological order, while Cathy relives the relationship backwards. Their stories intersect only once, in the middle, on their wedding day. 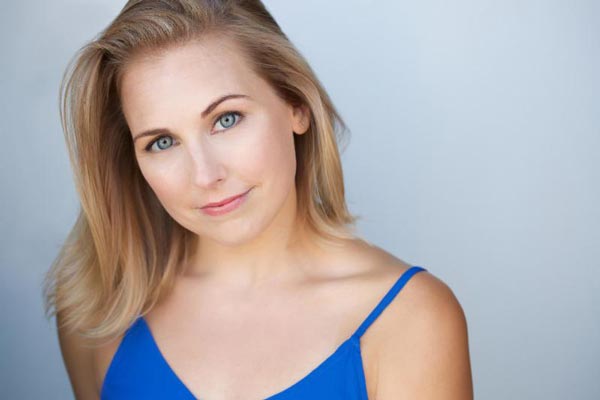 The musical debuted in Chicago in 2001, starring Norbert Leo Butz and Lauren Kennedy. In 2002, the production transferred to Off-Broadway, replacing Kennedy with Sherie Rene Scott. Since the original premiere, The Last 5 Years has been produced all over the world, from London to Israel. In 2014, a film adaptation premiered at the 2014 Toronto International Film Festival, staring Jeremy Jordan and Anna Kendrick.

Eagle Theatre’s Producing Director Ed Corsi claims “The universal themes are what make this musical relatable to a modern audience.” He continued, “It reminds me to truly savor the love I have in my life. The feelings, dreams, and needs of our loved ones are fragile, and must be nurtured and taken seriously in order to thrive.”

Jenna Pastuszek, playing the role of Cathy, claims “If you've ever been in a relationship, you know parts of what these two characters are going through. I can easily take chunks of text from either Jamie or Cathy and talk about a time in my own life in which that text applied.”

Though the 80 minute musical consists of a cast of two characters, both written broadly enough to allow audiences to metaphorically put themselves in the shoes of each role, The Last Five Years was inspired by Brown's own failed marriage to Theresa O'Neill. O'Neill threatened legal action on the grounds the story of the musical represented her relationship with Brown too closely, and Brown made alterations to the score in order to reduce the similarity between the character Cathy and O'Neill.

Corsi concluded, “I hope audiences leave with new intentions to truly take a moment to look around and notice the love they have in their lives. It is worth fighting for.” 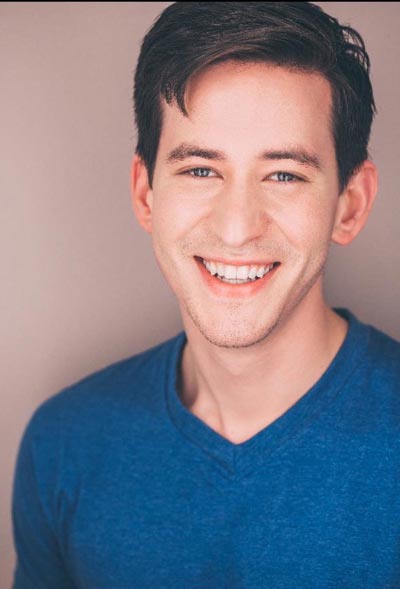 The Eagle Theatre’s beginnings were humble, with just a simple announcement printed in the local newspaper in June of 1914, stating that “Mr. Litke will put up a concrete building on his lot on Vine Street, for his moving picture winter theatre.” From that, the Eagle Theatre was born.

Eagle Theatre originally opened its doors in 1914 as a silent movie theatre and playhouse from 1914 until 1944, when it was then sold to the Pentecostal Assembly of God and converted into a church. The church occupied the building for 15 years, then sold it to Harry and Evelyn Hitman in 1959. The Hitman’s used the building for storage until 2006. By that time, the old building was on the verge of being demolition. Tracy Petrongolo, the head of the Hammonton’s arts and cultural committee, researched the building’s history and determined that it was worthy of preservation. What followed was a remarkable example of dedication by a devoted base of volunteers who were intent on seeing the theatre restored.

The theatre was restored in 2009 to serve as a performing arts center. Since the reopening, Eagle Theatre has quickly grown into a nationally recognized non-profit producing organization.