"Dark Money" Is A History Lesson, Signal Flair and Call to Arms All Rolled Into One
By Candace Nicholson 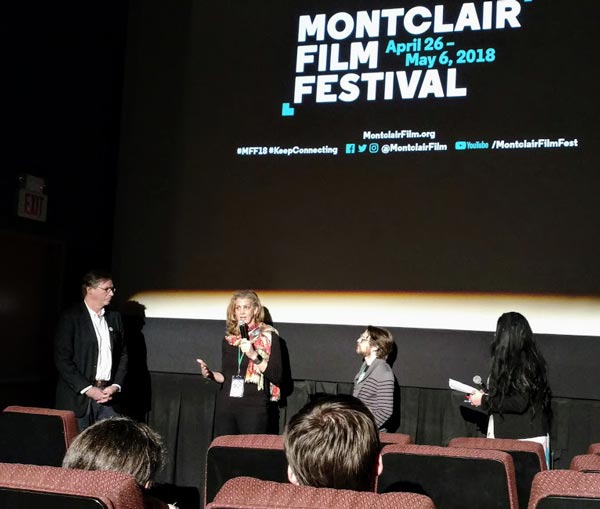 Those of us residing on the coastal cities of the United States often paint the American Midwest with a wide brush. Regardless of how many examples provided that speak to our “flyover country” being a cauldron of political complexity that is nowhere near as black and white as the East and West Coast dwellers insist it must be, the Midwest is forever labeled as a conservative utopia that would make every Trump supporter proud. And that’s why Kimberly Reed’s new documentary Dark Money is a must-see!

Produced by Reed and Jay Arthur Sterrenberg, Dark Money is cast against the backdrop of that most bucolic of Midwestern states, Montana. Sure, the film opens with all the clichés we coastal folk associate with Big Sky Country -- ranches, mountains, and small town main streets galore. Yet, Reed makes a point to establish how in Montana, politicians don’t politic full time. No sirree. They work as school teachers, farmers, construction workers, you name it, all the while maintaining their political office and speaking for and to their constituents about the issues affecting their governance. Montanans take the concept of a “government of the people, by the people, for the people” very seriously. And in the wake of the Citizens United vs FEC ruling, even more so.

Dark Money is a documentary that shines a spotlight on the topic many love to talk about, but rarely be about: campaign finance reform. You see, there hasn’t been much in the way of campaign finance reform over the past two decades, and with the Supreme Court’s 2010 greenlight to corporations allowing them to make unlimited contributions to any candidates’ run for political office (aka “the Citizens United verdict”), reform doesn’t seem to be on the horizon any time soon.

We get not only a sneak peek, but a front row seat to the machinations that have wrested the power of the vote from the people and placed it in the hands of groups building a system that will keep power in the hands of their corporate “sponsors.” But why Montana, you ask? Because believe it or not, Montana has been -- and continues to be -- the most vocal advocate of campaign finance reform, and the leader in the fight against undisclosed donations to our political systems.

But why is Montana leading the charge in a way no other state has? Reed’s film informs those of us not in the know of the devastating legacy of corporate corruption in Montana politics. She takes us for a walk down memory lane, sharing the story of the copper barons who garrotted Montana’s environment for the sake of filling their bank vaults only a century ago. If you’ve never heard of the Anaconda Copper Mining Company before you see this film, you’ll certainly remember them once the credits roll. The stories of the ever-present dangers of the Berkeley Pit in Butte, Montana, are enough to give even the least environmentally concerned citizen nightmares.

In short, Montanans have learned their lesson about the dangers of mixing political power with unchecked corporate financing, and more importantly, they had implemented measures to stop it from happening again. Then, the Citizens United verdict happened. And Dark Money continues with a tale that’s both shocking and commonplace. To that point, before the very crowded Saturday, April 28th screening of the film at the 2018 Montclair Film Festival, the director/producer introduced her doc with a few opening remarks about how the film’s reception in festivals across the country has been met with numerous stories of each state’s current struggles with corporate-owned politicians.

Now, here as a part of the New Jersey Film Competition for the Montclair Film Festival, Reed’s film seemed to resonate with the audience the same way. As she alluded to the Garden State’s distant and recent history with political corruption and the corporate ties that bind, Reed asserted that New Jerseyans can be just as vigilant as the star of her film, John S. Adams.

Yes, even though Dark Money is a documentary, the hero of this ongoing political thriller is Adams. He was the freelance investigative journalist covering campaign finance for the then-watchdog journal for the people, Great Falls Tribune. He followed the breadcrumbs of dark money in his state through the legal loopholes and back alleyways to keep the public informed of just who was bombarding their doorsteps and TVs with political attack ads. After Adams (and other concerned state employees) exposed the mechanics behind the corporations using dark money to manipulate local and state politics, he was rewarded with the closing of his department at the Great Falls Tribune and laid off.

In response, Adams started the Montana Free Press, an independent online news source, to continue his work exposing the same violations that he was paid to expose for his former employer. Today, MFP articles on Montana’s local politics are picked up by news wires and major news outlets around the country on a regular basis.

Again, Reed’s hope is that audiences will see Dark Money and become inspired by Adams’ tenacity and follow suit. This effort was highlighted with her inclusion of NJ Spotlight’s John Mooney in her Q&A after the film screening. Mooney, formerly of The Star-Ledger, joined Reed and her co-producer Sterrenberg to speak to how NJ Spotlight, much like the MFP, seeks to uphold the traditions of investigative journalism here in New Jersey in the wake of the corporate trusts taking over major media outlets. In the words of Reed regarding her film, “The whole system is corrupt, so we shouldn’t focus only on Trump. Our goal is to hold the political Left accountable as well.”

And Dark Money is certainly both the educational and motivating film you’d expect it to be. The brief look at Wisconsin’s state government machinations is, in and of itself, a wake-up call. Most Americans may not think of Montana as liberal -- and by East Coast standards, perhaps it isn’t -- but right now, it’s the state leading the fight to chip away at the ultimate plan for dark money: to own and control our electorate without ever answering to the people. And should that happen, money will not be the only aspect of our country that will be dark.