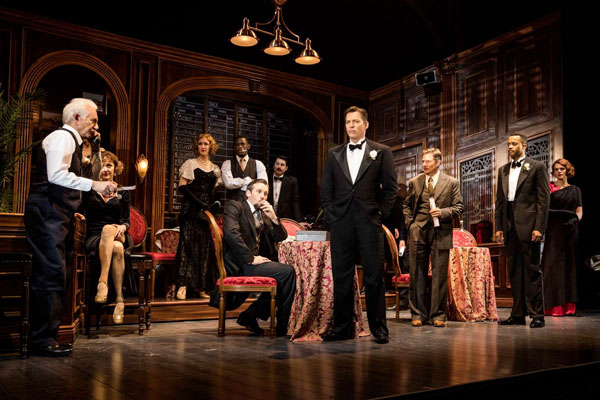 (MILLBURN, NJ) -- Scott Joplin’s classic rag “The Entertainer” is highly recognizable. It was used to great effect in an Oscar winning movie called The Sting which happed to star Paul Newman and Robert Redford.  Joplin was born in Texas and found his true calling as a ragtime composer in Chicago in 1893.  His compositions helped fuel ragtime into a major craze. Joplin’s rags are a featured part of the absolutely entertaining new musical The Sting which premiered at Paper Mill Playhouse on April 8th.

The Sting is probably the last movie one would consider musicalizing.  Yet, in the capable hands of Harry Connick, Jr. and in a star making turn J. Harrison Ghee (Johnny Hooker) it absolutely makes sense.

Set during the Depression in Chicago, the plot involves the teaming of a legendary con man, Henry Gondorff (Harry Connick, Jr.) with a capable young protege, Johnny Hooker (J. Harrison Ghee) to use an intricate long con bent on revenenge.  Together they want to take down Doyle Lonnegan (Tom Hewitt), a filthy rich, ruthless crime kingpin who has murdered an old friend and mentor of Gondorff and Hooker.  Gondorff started his career 25 years earlier as a piano player, when Joplin's tunes were popular, and he and his partner use the music to distract people as they work their cons.  The plan has inherent risks – namely death at the hands of crooked cops or wronged gangsters – but immense rewards – wealth.  Gondorff assembles a capable team of grifters and puts the plan in motion. 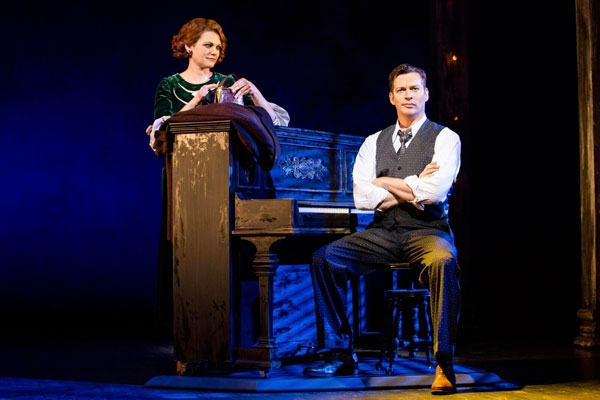 This world premiere musical, deftly directed by John Rando, has elements of an old fashion musical, but the book’s twists and turns keep you on your toes.  Bob Martin’s (The Drowsy Chaperone) book is spry, laced with one-liners. The songs range from jazz, torch, a Sinatra-esqe 11 o’clock number for Connick, Jr.  The score is vibrant.  The dialogue swift.  The dancing tremendous.  The elements are all there for a long award-winning Broadway run.

Plot-heavy but lacing with beautiful, spry story-enhancing dances by Warren Carlyle.  It’s unique that the dancing advances the story more than the abundant songs by Urinetown creators Mark Hollman and Greg Kotis with additional material by Connick, Jr.  Carlyle uses tap within an evasive chase. An Agnes DeMille-esqe ballet propels act two.  The ensemble work is graceful, athletic and engaging.  And Connick Jr gets in the act also, showcasing his nimble, broad talent with happy feet, demonstrative piano playing, composition, acting, and singing.  The show is the perfect confluence of Connick Jr’s multiple talent.

The songs offer great ensemble turns while also establishing character shadings, without necessarily advancing the story, as much as the dancing does.  Janet Dacal has a lovely torch number in act 2.  Kate Shindle has a turn as Henry’s on and off lover and she gamely gets into the con, as well.

The production team has done an excellent job of bringing the style of the 1930's to the Millburn stage. The team includes set design by Beowulf Boritt – there’s an Edward Hopper toned diner where Hooker relaxes. The sets are set on casters and moved by the cast much as they would have been in the 1930s. He creates a multi-car train, Western Union office, and most effectively the betting parlor of the con. The sets are amazing with sound costume design by Paul Tazewell, lighting design by Japhy Weideman is lush and beautiful, using light to frame scenes and spaces. Doug Besterman’s orchestrations are tight and lumiscent. Kudos to the casting for Tara Rubin Casting for bringing Richard Kline (Three’s Company), Robert Wuhl (Arliss) to New Jersey for The Sting’s run – each has fun turns in the show. 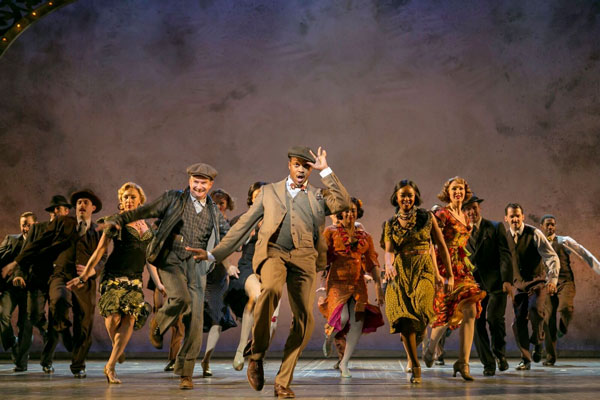 And Ghee is a genuine star in the making.  He’s a spry, long-legged dancer with a smooth voice.  His Hooker is compelling and he’s got a genuine connection with Connick, Jr.  They complement one another and propel the show to another level with a rapport as deep and fluid as Redford and Newman’s.  This is a fun production, with great music, engaging performances, and beautiful dances. 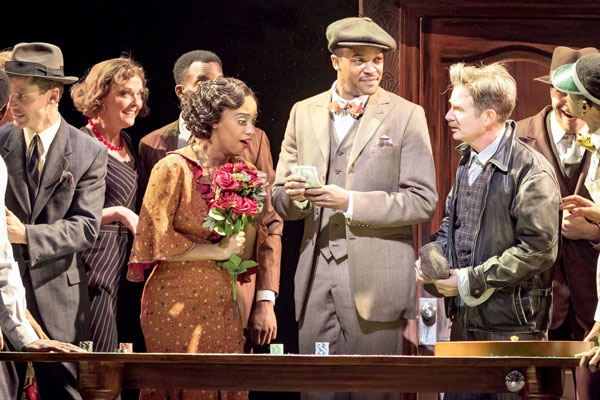