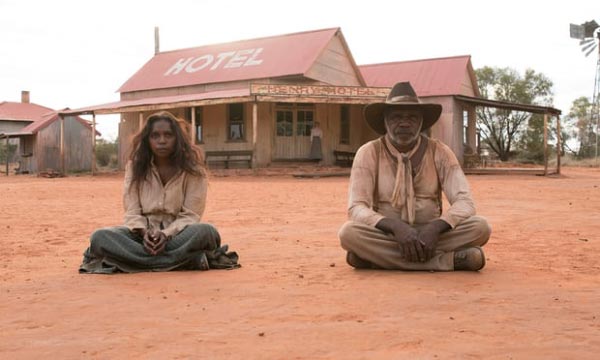 Along with its vast acres of formidable and inhospitable terrain, Australia shares a similar colonial past with the United States, with its native aboriginal population historically treated almost as badly by its white invaders as Native Americans and African slaves were by the Europeans who arrogantly claimed the land to their west for themselves. As such, Australia has proven itself the only country outside North America that can convincingly pull off westerns set in its own past.

Aussie westerns have come to be known collectively as ‘meat pie westerns’. Notable examples include 1970’s Ned Kelly, 1977’s Raw Deal and 2005’s The Proposition. All three of those films deal to some extent with colonial era Australia’s anti-Irish/anti-Catholic sentiment, presenting us with Celtic anti-heroes battling Anglo-Saxon authority figures. As with the US, where Irish immigrants were similarly initially met with hostile bigotry, eventually the Irish were accepted by their white Protestant Australian neighbors, and would soon inflict the sort of discrimination against ‘blackfellas’ as they once experienced themselves.

Warwick Thornton’s Sweet Country takes place in the aftermath of WWI, and its white villains boast Irish and English surnames, as do the indentured aborigines they keep as slaves in all but name. One such captive is Sam Kelly (Hamilton Morris). He has a better deal than most of his people, working for Fred Smith (Sam Neill), a kindly white man whose interpretation of Christian teachings leads him to treat his aborigine neighbors as equals. Not so enlightened is Harry March (Ewen Leslie), a bitter racist war veteran who borrows Sam and his wife to spend a day helping on his small homestead.

Harry and Sam don’t exactly hit it off, the former raping the latter’s wife, unbeknownst to Sam. Thornton films the prelude to this act like a terrifying reversal of the scene in Rear Window where Hitchcock has Grace Kelly slink around James Stewart’s apartment turning on lamps one by one. Here, Harry slowly shuts every window in his home, the audience growing more uncomfortable with each shard of outback light he eclipses. 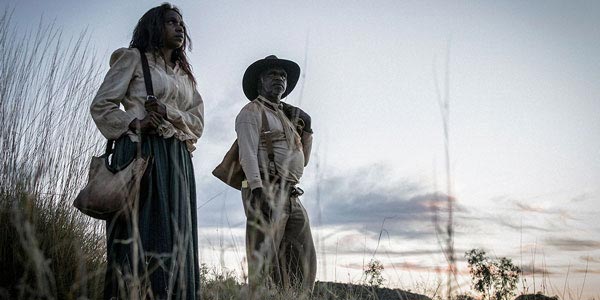 The next day, with Fred away in town, Sam and his wife find themselves under siege by a shotgun-wielding Harry, who believes they are harboring a young aborigine petty thief. Forced to defend himself, Sam blows a hole in Harry’s neck, the white man quickly choking to death on his own blood. Suspecting he won’t be granted a fair trial, Sam flees with his wife into the outback. Led by Sergeant Fletcher (Bryan Brown), a posse gives chase, with Fred tagging along in an attempt to ensure Sam is brought back alive.

Sweet Country is so blunt in its depiction of racial bigotry that it hammers home just how safe most modern American movies depicting racism play their drama. Thornton, of aboriginal descent himself, doesn’t give a damn if his movie upsets white viewers, and he gives us images here no American would dare, and crucially, he gives agency to his blackfella lead. It’s a stark contrast to the recent US western Hostiles, a movie that felt like it was constructed to help white Americans sleep at night. Sweet Country is designed to give white Australians nightmares. The closest Thornton’s film has to a white savior is Neill’s bible-basher, guilty himself of a form of bigotry by imposing his own religion on the aborigines in his charge and discarding their own culture.

In one of its most daring moments, Thornton generates dark comedy from a young black boy stealing a watch from the corpse of a white man, transferring the indignity imposed upon his people by white settlers back onto one of their own in death. It’s a genuinely hilarious moment, and it hints at the type of comic material Tarantino struggled to mine from his own ill-conceived race western, Django Unchained.

Elsewhere, Thornton’s film travels a similarly dusty path to S. Craig Zahler’s thrilling debut Bone Tomahawk, with sudden outbreaks of gruesome violence that add modern gore to the sort of brief bouts of action Howard Hawks and Anthony Mann mastered back in the genre’s heyday, and with comic interludes exploiting the awkwardness felt between the disparate members of the party. An example of the latter comes when the gruff Fletcher calls for someone to lighten the mood with a song, Fred fulfilling his request with a religious ditty that draws hilarious looks of discomfort from the godless mercenaries in his company.

For all its ballsiness in tackling racism without a filter, Sweet Country isn’t going to win too many awards from feminist critics. None of the few women here have any agency: at best they’re silent prostitutes, at worst rape victims reduced to mere plot points. Of course, it’s a movie set in the 1920s, but would it have hurt to give us at least one female’s perspective on this very male world?