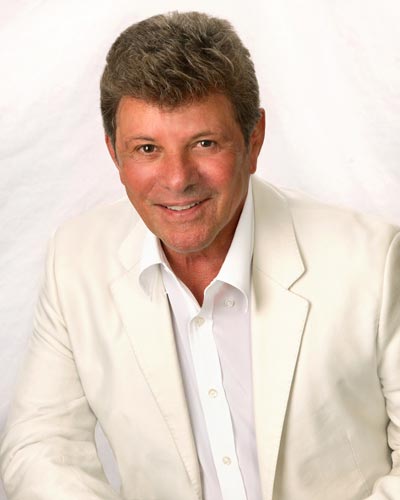 (UNION, NJ) --  “Teen Angel” Frankie Avalon will perform two shows, at 3:00pm and 7:30pm, at Kean University's Enlow Recital Hall in Hillside, N.J., on Saturday, February 3.  Avalon has been on the music scene since he scored his first hit single, Dede Dinah, in 1958. He followed that up the next year with Venus, which spent five weeks at #1 on the Billboard chart and became his signature song.

“It amazes me,” he said. “My career has spanned beyond 60 years and I still enjoy doing this. I enjoy working. It’s been a great ride for me.”

Though he is 77 years old, the Philadelphia native doesn’t show any signs of slowing down.

“I do more than 40 concerts a year,” he said in a telephone interview from his home in California. “The toughest part is the travel. It’s a rigorous lifestyle. But as soon as I hit the stage, the adrenaline hits and I have a good time.”

A child prodigy on the trumpet, he made his first television appearance at age 12 on the Jackie Gleason Show. That same year, he joined a band called Rocco and the Saints, whose drummer was Bobby Rydell. Avalon eventually became the band’s singer and they played locally until a breakout performance of Dede Dinahmade a splash on American Bandstand. The song quickly sold a million copies, so they recorded three more songs aimed at teenage girls. In 1959, Avalon scored his biggest hit with Venus, and followed that up with several more top 10 songs.

Avalon’s career eventually segued into films. During the surfing craze of the 1960s, he and co-star Annette Funicello appeared in the Beach Party film series, with memorable titles such as Beach Blanket Bingo and How to Stuff a Wild Bikini.

“Looking back at the good times I had making those pictures with Annette Funicello, it was kind of like a paid vacation,” he said.

Avalon also appeared in dozens of television shows throughout his career, from The Patty Duke Show in 1965 to Dexter in 2009. His film credits include Voyage to the Bottom of the Sea, Born on the Fourth of July and Jersey Boys. One of Avalon’s most memorable roles was that of Teen Angel in the hit 1978 musical, Grease, in which he sang Beauty School Dropout.

“It introduced me to a younger audience,” he said. “Young people come up to me now who love Teen Angel. That picture will go on and on.”

During his live shows, Avalon reminisces about his experiences, telling stories about his career and his family. One of his eight children, Frankie Avalon Jr., travels with him, playing drums in his band.

Avalon likes to get up close and personal with his audience, leaving the stage and walking down the aisles to get real with his fans.

“They’ve seen me on TV and in the movies,” he said. “Now I get to look right into their eyes.”