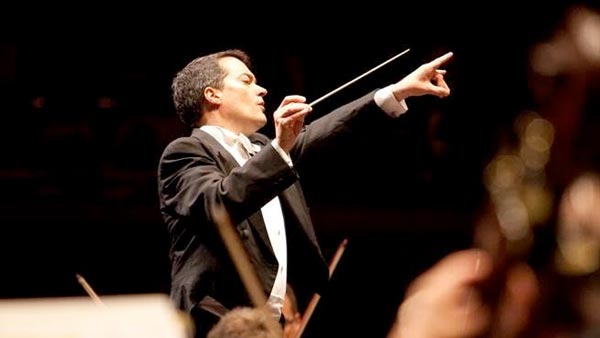 Performances take place on Thursday, June 9, at 7:30pm at bergenPAC in Englewood; Saturday, June 11, at 8:00pm at the Count Basie Theatre in Red Bank and Sunday, June 12, at 3:00pm at the New Jersey Performing Arts Center in Newark.

Music Director Jacques Lacombe says: “These are my farewell concerts as music director, and I wanted to really showcase the Orchestra. We’ve presented French music throughout the season, and on this program, we perform two works by one of my favorite composers, Maurice Ravel. Rachmaninoff’s Third Piano Concerto with Joyce Yang, a wonderful artist, seemed like a great fit for the program.

“I also wanted to pay tribute to one of the things that I’ve done during my tenure with the NJSO—celebrating New Jersey’s musical culture through the New Jersey Roots Project, which led to the creation of the NJSO Edward T. Cone Composition Institute in Princeton. I am looking forward to performing Institute composer Chris Rogerson’s Night in the City again; he is already such a well-accomplished composer, and he knows how to make the orchestra sound good. There’s a very youthful energy in his music, and yet it has a focus, purpose and a message that clearly carries through the piece.

“This program feels like coming full circle and looking back on what we’ve done together on this journey, celebrating the quality of the Orchestra and everything that’s happening in New Jersey.”

NJSO Accents include a pre-concert conversation with Rogerson about Night in the City in the Count Basie Theatre’s Carlton Lounge at 7:00pm on June 11. A Prelude Performance beginning one hour before the June 12 concert at NJPAC features student musicians from the NJSO Academy.