Hiding Out In The Nether 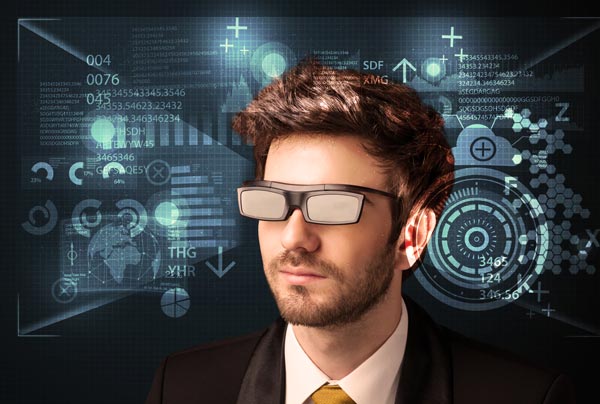 Imagine a world in which you could do whatever you wanted, including satisfying every desire, without any consequences?  That’s the premise behind The Nether by Jennifer Haley, which opens the season for Centenary Stage Company in October.

The Nether is an intricate crime drama and a haunting sci-fi thriller set in the year 2050 that explores the consequences of living out private dreams and fantasies.  It’s a time period in which a new virtual wonderland called The Hideaway provides an ultra realistic sensory experience.  Just log in, choose an identity, and indulge your every whim.  But when a young detective uncovers a disturbing brand of entertainment, she triggers a dark battle over technology and human desire.

The play, which was first produced in Los Angeles in 2013, was the winner of the 2012 Susan Smith Blackburn Prize.  It’s a challenging work that has garnered critical praise, but is not the sort of play that Centenary Stage usually chooses to kick off its season.

“I had a conversation a year ago with another artistic director,” recalled Carl Wallnau, the Artistic Director for Centenary Stage Company.  “We were talking about seasons.  The last thing he said as he got up to leave was, ‘All I know is we’re not giving audiences the kind of plays they deserve.’  And I thought about that.  I think at a certain point you have to run the risk with new work and quality work that asks important questions. You take a chance in hopefully finding an audience and getting your audience to come out.”

This play certainly asks questions of the audience and of society.  The question is not simply whether or not all actions (whether real or virtual) should have consequences, the play raises the issue of whether or not satisfying an appetite in a virtual world (like violence or sexual activities) might awaken an appetite in the real world that did not exist before.  Desire is like a drug.  The more you satisfy it, the more you desire to do it more often, and over time you need to do it longer to get the same satisfying effect.  Will people be able to satisfy their cravings solely in the virtual realm or will their cravings get stronger and stronger?  Cravings were suppressed before because the people knew they were wrong and would lead to consequences.  Does a virtual world like this where anything can happen desensitize people and make their actions more acceptable in the real world?

“I think there are a lot of moral and ethical questions here,” said Wallnau.  “Do people have control over imagination? Should your imagination be a place where you can experience and do anything and not have somebody monitoring what your fantasy is? Isn’t that what the point of a fantasy is all about?”

Wallnau also brings up the role of theatre, noting that the actors on stage are both real and virtual as they portray characters.  The situation is not unlike a scene in The Nether in which one character states, “We are engaged in consensual role play and what’s wrong with that?”

“Here you are watching a play where actors are playing the characters who are engaged in playing characters — there’s a kind of Pirendello effect in the whole thing,” explained Wallnau.  “There’s a constant sense of disconnect as you’re watching the play, which makes it a meta-theatrical experience even beyond the play itself.  And the play itself is a real “whodunnit.” This is a play that deals with a lot of hot button issues.  It deals with computers and virtual reality as an entity and as a concept.  It deals with people as people and people as avatars.  At the same time, it’s wrapped around a mystery — an investigation that’s filled with twists and surprises.  I remember when I saw it.  It just takes your breath away.  You keep thinking to yourself, ‘I hadn’t even thought of that.’  Yet, if you think about it, it makes perfect sense.  It’s a brilliantly written play and it lends itself to every kind of production.”

Bob Phillips, the Emmy Award winning designer best known for his work on Sesame Street returns to Centenary Stage to create the set.  He’s retiring after this show, so this will be the last set design of his career.  He’s creating a brilliantly complex set that utilizes sliding panels, screens, and projections to bring virtual worlds to life.

The New York Times once described The Nether as “Imagine an episode of Law & Order: SVU, written by a futurist fiction writer like Ray Bradbury or Iain Banks.”

Wallnau says the closest comparison he can make is the acclaimed British television show Black Mirror, which is available on Netflix.

In the end, Wallnau hopes the audience leaves thinking about the moral and ethical questions presented in the play.  But he also hopes they simply enjoy the ride.  “It’s a mystery with twists and surprises and things that happen that you don’t anticipate happening,” said Wallnau.  “I think it’s very satisfying as a mystery, but also as a play that leaves you with some questions about not only what you’ve just seen but how you feel about what you’ve just seen.”