MONTCLAIR FILM FESTIVAL: How to Dance in Ohio 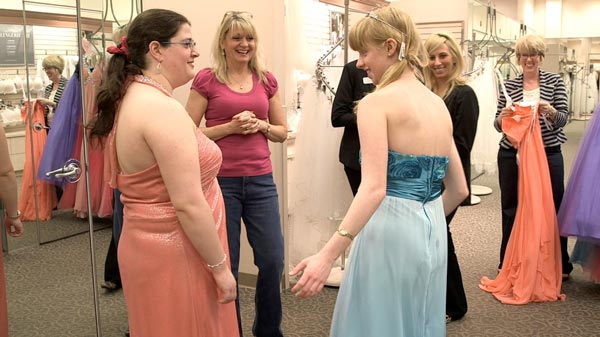 Remember your first dance, maybe it was at summer camp or school.  And then consider the rash of emotions involved in going and finding someone to go with.  Factor in autism – “a range of complex neurodevelopment disorders, characterized by social impairments, communication difficulties, and restricted, repetitive, and stereotyped patterns of behavior” (National Institute of Neurological Disorders & Stroke)” and the excitement and trepidation of this rite of passage is illuminated in a whole new light.  Alexandra Shiva’s excellent documentary “How to Dance in Ohio” focuses on a series of young adults in Columbus with Autism preparing for their first dance.

The highest rates of autism in the country are reportedly in New Jersey— 1 in 45 children are diagnosed.  Experts do not know if more are being caught through better screening or an uptick in cases.  Nationally, one in every 68 children — nearly 1.2 million children under 21 years old — are estimated to have it.  According to the Center for Disease Control - boys are diagnosed in higher numbers — 1 in 28 boys in New Jersey and 1 in 42 nationally are on the autism spectrum.

The level of male diagnosis makes Shiva’s film even more potent- as it largely concerns itself with three females and their families.  The formal dance is the brainstorm of Doctor Emilio Amigo who runs a family counseling center with social skills classes in Ohio.  Over the course of the film he leads them through dancing, manners, how to ask someone to the dance, corsages and even crowns a king and queen.

Shiva and her editor Toby Shimin create a brilliant montage that introduces us to a variety of teens at Amigo’s center and focuses on their interests – anime, electrical circuitry, and animals.  This allows us to see both the level of intellect, interests, and auto-didactic fixations typical of Autism.  They balance this with an explanation of the difficulty of reading and creations emotions by the Autistic while a male teen explains this he shows how he’s practicing to show emotion by raising his eyebrows.  Amigo brings this point home by stating, “If you’ve me someone with autism, you’ve only met one person with autism.”  While the young adults comment “we like to socialize, we just don’t know how.”

The film narrows the focus to three young women – Marideth (16 who loves computer time), Jessica (22 who has some independence through a job in a bakery), and Caroline (a college student who wants to work with 3 -5 year-olds and go to Japan).  Marideth’s parents crave their two minutes of daily interaction.  There is a touching scene between her and younger sister where they discuss Miley Cyrus and men with long hair while the younger girl brushes her older sister’s hair.  Ultimately, there is gown selection, fretting about whom to dance with or ask to the dance, a tender kiss, and crowning of prom king and queen.

This is a moving film that will get a larger audience through viewing later this year on HBO.  Shiva and her team place a loving lens on their subjects and craft an honest, affecting look around growing up with autism. Funny, engaging, and entertaining, How to Dance in Ohio celebrates a rite of passage and all the thorns on the roses along the way especially for those who don’t always read emotions but feel them anyway.