A Look Inside The Montclair Film Festival 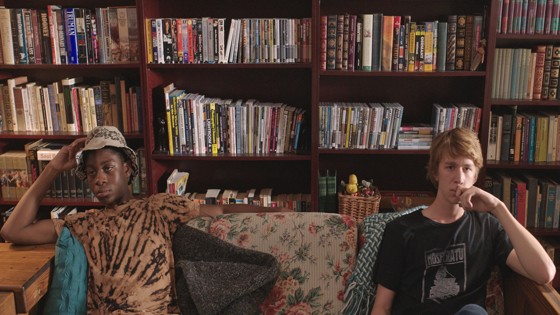 Film festivals are multi-day events staged by arts organizations, universities, private organizations, and/or film societies. They provide an opportunity for filmmakers of all ages and backgrounds and films of all genres to get screened in front of a real live audience and sometimes get professional reviews and prizes. Filmmakers whose movies get accepted into a festival receive press attention, wider exposure to an audience that could include prospective agents, funders, and distributors.  New Jersey has the now four year-old Montclair Film Festival running May 1st through 10th in a variety of venues in Montclair. This year’s festival features over 150 films and events over ten days, includes awards, and expands to include two weekends to offer more repeat screenings and more films.

Festival Director Tom Hall, who is in his first year in the role, remarked that he is “looking for great films.  Half documentaries, half fiction, local, foreign, politics, character studies.  We aren’t trying to compete with Tribecca or Sundance.  We want to reflect the diversity of Montclair with savvy, smart, films that push the envelope but also connect with an audience.”

To that end, Hall and his committee traveled to other festivals to meet filmmakers, view films, and began an open submission process where anyone can submit an entry.  His committee “trusts one another’s taste in what makes a good movie and with each other’s point of view.  Selecting films was very much a collaborative process.”

The Montclair Film Festival is a nonprofit organization with a mission to unite, educate and celebrate the region’s diverse community and artistic heritage. Hall was brought on to help grow the nonprofit with year round education in filmmaking and he said, “see growth in New Jersey and support the whole film community.  We want to be a leader and an important stop for films and give attention and care.  We want to build community where people stay and connect with each other and the medium.  Long term we will use film as professional development, using tax incentives to build jobs in the film industry through educational programs in screenwriting, photography, and film making. While expanding into year round educational programs and screenings.”

An example of this mission proving itself is director Alfonso Gomez-Rejon’s “ME AND EARL AND THE DYING GIRL”  Said Hall “the producer lives in Montclair.  I saw the film at Sundance and it was built to destroy an audience with tears and laughter.  I begged to get us the film. It is the closing night film and it is perfect for Mother’s day weekend.”  The cast includes Connie Britton and Molly Shannon and the plot is about a teen getting through his senior year of high school unscathed and unsociably while his mother has other plans for him including an unplanned friendship with a girl with Leukemia.

The festival includes special events include a discussion between Festival committee member Stephen Colbert (Late Show, Colbert Report) and actor Richard Gere around homelessness.  Gere’s latest film TIME OUT OF MIND centers on a homeless man struggling with life on the streets and a system that offers no comfort.  Hall chose the film and the forum with Colbert as a means of “using movies that address issues in the community.  The film and conversation between Stephen and Richard is a perfect platform to discuss what it means to the city.  The film humanizes issues and doesn’t place them on a soapbox.  It depicts a deep immersion into homelessness and focuses on people, not politics.”

Mr. Colbert will also lead a discussion with the legendary singer and civil rights activist Mavis Staples.  A documentary will screen that highlights performances, her career, and her message of equality. Hall is excited for the discussion and proud of the role Colbert and his wife Evelyn play in the development of the festival.  “They are a real gift, generous with their time.  We are lucky they live here and I never take it for granted.”

Hall and his committee have chosen a wide array of films that include documentaries on the development of the National Lampoon magazine, WFMU radio station, autistic teens going to a prom, Kurt Cobain, Barry Crimmins (the godfather of the Boston comedy scene), and fictional films including one featuring the late great actor Robin Williams (Boulevard).

Film has clearly touched Hall from a young age.  His first film viewing was Disney’s Alice in Wonderland, which he saw at age four and remembers because “Wake Up Little Suzy” came on the radio and he and his father were late to get home to his mother Susan.

A Kids of all ages short film festival with films made by local artists is as Hall sees it as a natural extension of the nonprofit’s educational programming with future classes providing an avenue for local students to make films that may screen as part of the festival.  “It is important for young people who don’t spend time with film to fall in love with it and inspire them to care about film,” he remarked.  “We want to be a leader and an important stop for films and build attention, care, and community.  We want this festival to be a home for great film and filmmakers.”

From the array of programming – special events and films selected – Hall, the Colberts, New Jersey, and Montclair are well on their way to presenting a durable, lasting, memorable program that offers education and community for those who love film.

For more information of the Festival, go to montclairfilmfest.org