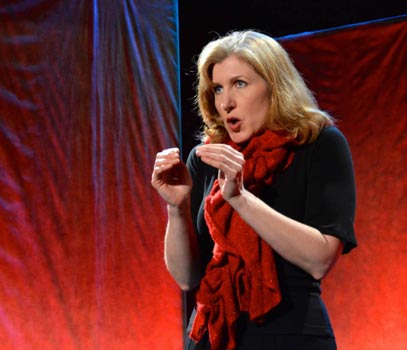 This article was originally designed to be read in the September 2014 issue of New Jersey Stage magazine. To read it in its original format, click here
Dreamcatcher Repertory Theatre is a professional ensemble company in Summit, NJ that presents a mix of new plays and world/New Jersey premieres each season. The company is celebrating its 20th anniversary season this year. New Jersey Stage spoke with Laura Ekstrand, the company's Artistic Director, about the new season and the company's mission.

Dreamcatcher believes in presenting new plays. How are the productions chosen?
Throughout the year, we're always looking at what's happening around us, both in New York and around the country. I read plays all year long, with a big push in the early spring to narrow down the list. All the plays we consider have to fit our mission, our budget, and our acting ensemble. When I have a list of 5-10 pieces I'm considering, I send them out to the company and we gather to read excerpts and discuss them. From that discussion, I select the three we'll produce the following year.

How exciting is it to be able to introduce a new work?
I love it when one or more of our plays is new – we really want to contribute to the growth of our field, and this is one of the best ways to do that. Another is to write our own plays, which we've done once and are working on doing again for next season!

How does having an ensemble of actors influence and affect the work?
The single most important feature of Dreamcatcher is its ensemble. Their talents and personalities shape our work and give our productions a continuity and context that I don't think you can achieve by using strangers for every show. It's more like the model of a dance company or orchestra, where the material changes but the artists present the work together over time.

I think we all have grown because there's such a huge amount of trust and support in the group – there's nothing we won't try because there's really no fear of failure when we're together. We all have each other's backs and are all rooting for everyone to do their very best work.

What are some of your favorite memories of the 20 years?
When we all get to be onstage together (or most of us!) for group projects like The Laramie Ensemble, The Neighborhood, or many of our improv shows and gala celebrations. The love we feel for each other and the work is overpowering and tremendous.

Some of the worst memories?
There were also a lot of moments when I was ready to throw in the towel, when it seemed impossible that we could go on. I have to say it was the strength of the individuals in the group, and I would include our board, staff and families in that group, that kept us going and allowed us to find a way to continue. I can't believe it's been 20 years, mostly because I've often been frustrated and exhausted but never, never bored.

What are some of the challenges the theatre still faces each year?
No surprise – money. Over the past several years, corporate and foundation funding has dropped. Categories have gotten narrower and there just isn't a lot of money out there. So we're thinking more like a for-profit in that we need to earn more of our money the old-fashioned way. We've increased our audience, which really helps, and we've also added educational and outreach programming so we can take our work out into the community. That way we don't have to wait for the people to come to us – we go to them!

The 2011-2012 season was the first for Dreamcatcher to be able to present 3 MainStage productions. How did it feel to reach that level?
Yes – so exciting! Our audience was growing to the point where it seemed like too much time was passing between our mainstage shows, and there might be interest in seeing us do more. We put Shooting Star in the winter slot, and it outperformed every other show that season. It was a pretty resounding “yes” to the question of whether we could support a third show.

What are you most excited about the upcoming season?
I absolutely cannot wait to see The Most Deserving. Clark Carmichael is directing and the company members onstage will be Janet Sales, Scott McGowan, Jason Szamreta and Noreen Farley. Two guests will also be cast, and I just think that script is so doggone funny I can't wait to see what they do with it.

What would you like people to know about the company?
I would love for people to know that we really want to give them an experience when they come through the door. If you've thought, laughed, cried, and hugged a cast member before you left the theatre, that's a good night out in our book. We're not looking for a one-night stand. We want a long-term relationship.