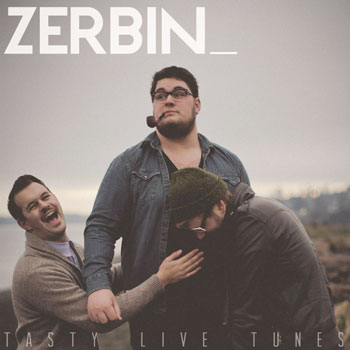 (ASBURY PARK, NJ) -- If you're like me and you listen to satellite radio in the car, chances are you've got a couple of favorite stations you turn to on a regular basis. One of mine is Iceberg, a station that largely plays Canadian artists. One band I've been hearing a lot of on the station is ZERBIN from Victoria, BC, which features the songwriting duo (Jason Zerbin & Peter Mol). Songs like "New Earth" and "Take Your Heart" are regularly in rotation. ZERBIN comes to The Saint in Asbury Park, NJ for the first time tonight (Friday, August 29) on a bill that includes Modern Suits and Underwater Country Club.

When you hear the whistles in "New Earth" you'll wonder where you've heard them before. Chances are it was from a national TV ad campaign for Coffee-mate or in the television trailer for the feature film, "Walking With Dinosaurs" by 20th Century Fox/BBC Earth.

The band's latest EP "Touch", sits in a moment between two frames of film: a superimposing of what's been and what is about to be. "Take Your Heart" and title track "Touch" are marked by a straightforward stadium rock that's reminiscent of UK's alt-rock pioneers - a sound that epitomized ZERBIN's early aspirations. However, songs like fan favorites "Lift" and "New Earth" open up a more accessible side of the band, one that embraces both anthem and whimsy.